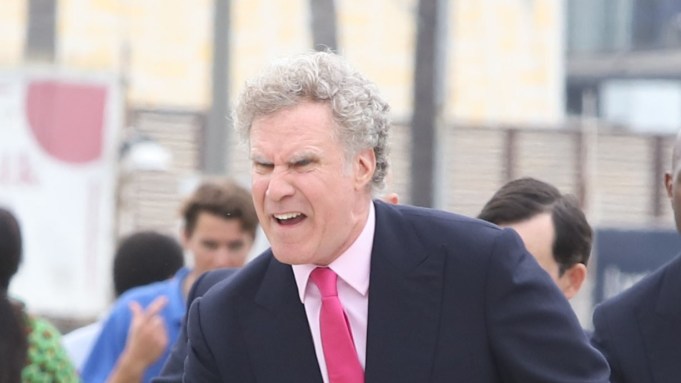 It looks like another A-list star has been added to the anticipated “Barbie” movie.

On Monday, Will Ferrell was seen on the set of the film alongside Margot Robbie, who will play the film’s titular character. The two actors were wearing all-pink ensembles rollerblading in Venice Beach, Calif.

Ferrell wore a baby pink button-down paired with a hot pink tie under a black suit jacket and trousers while Robbie wore a hot pink vest and matching flared pants, both of which were adorned with glittering star designs. She also wore a pink paisley scarf around her neck.

Ferrell will reportedly play the chief executive officer of Mattel, Barbie’s manufacturing company, according to The Hollywood Reporter.

The movie is directed by award-winning director Greta Gerwig, who has worked on critically acclaimed projects such as “Ladybird” and “Little Women.” The film also stars Ryan Gosling, who will play Barbie’s boyfriend Ken.

Earlier this month, Warner Bros. Studios released a first look at Gosling as Ken, which sent the internet swooning as he posed topless in a sleeveless Canadian tuxedo and bleached blond hair.

Stars such as Issa Rae, Simu Liu and America Ferrera, among others, have also been tapped to appear in the film, though it has not yet been announced exactly who their characters are.

The movie is scheduled to premiere in theaters on July 21, 2023.

Everything to Know About the Upcoming ‘Barbie’ Movie