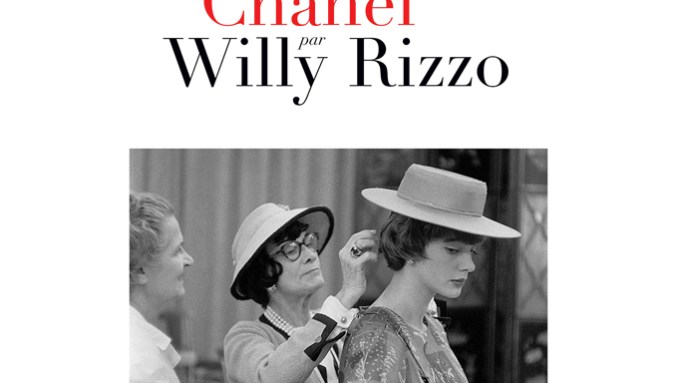 PICTURE-PERFECT CHANEL: The latest tome on Coco Chanel to hit shelves is chockablock with photographs of the designer lensed by her great friend Willy Rizzo.

Coming out on Oct. 15, “Chanel par Willy Rizzo” (or “Chanel by Willy Rizzo”) is a 200-page compendium including 181 original and never-before-published snaps. These were taken between 1954 and 1967 in the designer’s Paris haunts — on Rue Cambon, Place du Palais Bourbon and Rue François Ier.

Each section in the book is accompanied by text, with contributors including Edmonde Charles-Roux, head of the Goncourt Academy; Olivier Saillard, director of the Palais Galliera; Arnaud de Contades, former director of the Jean Prouvost group; Daniel Rangel, a curator and journalist for Vogue Brazil, and Fabrice Gaignault, editor in chief of Marie-Claire France’s section on culture.

The book, published by Editions Minerve, comes in French and English. It is priced at 75 euros, or $84.80 at current exchange.

An exhibition of the photographs of Chanel taken by Rizzo will globetrot, starting in São Paulo on Oct. 3, followed by Paris on Oct. 9, Los Angeles on Oct. 10 and Geneva on Nov. 5.