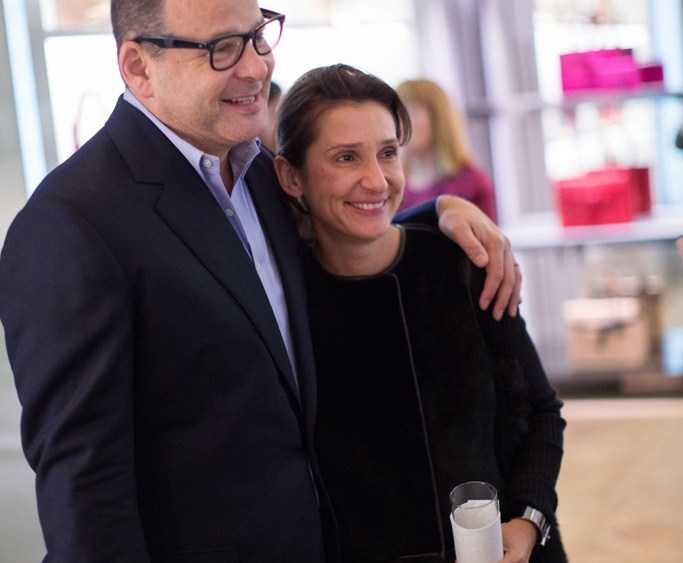 WIN-NING THE NIGHT: “In a city where wealth is so abundant, the fact that there are 20,000 homeless children every night is totally unacceptable. It’s the largest number of homeless children since the Great Depression,” Jaqui Lividini said emphatically Wednesday night at Reed Krakoff’s sleekly outfitted Madison Avenue flagship, which was filled with customers perusing Krakoff’s fall merchandise.

Lividini, along with cohosts Gina Sanders, chief executive officer of Fairchild Fashion Media, and Karen Harvey, were there in support of Women in Need, which partnered with Krakoff to throw the shopping event. Ten percent of all sales from the evening went to the charity.

“It’s a win-win,” Valerie Hermann, president and chief executive officer of Reed Krakoff, said, pun possibly unintended. “The idea came to me when Karen was honored for her work with WIN [at the WIN Dinner Gala in April]. I was at the table with her and was just very moved. I said to Reed, we should do something.”

The extra incentive really got the do-gooders in the buying spirit. Champagne flutes in hand, shoppers plopped down on gray couches in the store’s footwear nook to sample the range of pumps, boots and flats on display. “I love this brand. Reed’s collections are always so beautiful,” Harvey said before trying on the designer’s Solar sandal, a strappy shoe constructed in a hand-painted python. Lividini was doing her part, examining herself in the mirror as she zipped up a cream shearling fur vest.

Krakoff seemed unfazed by all the purchasing action. “I haven’t been really paying attention, to be honest. I’ve been too busy talking to people.”