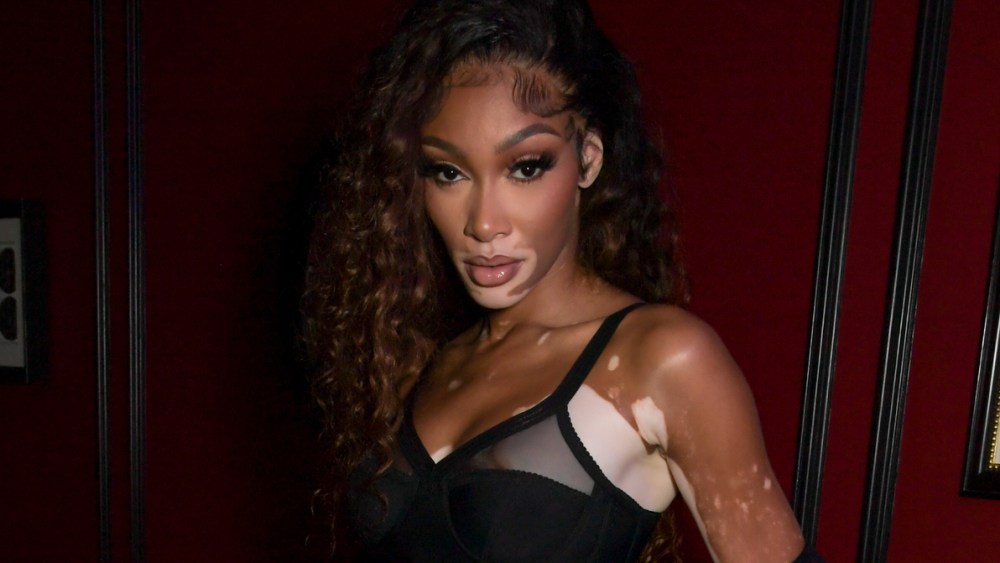 The model and Cay Skin founder arrived at the event wearing an edgy little black dress that incorporated a V-neck neckline and a bustier silhouette. She layered on a button-up jacket with the design house’s signature plaid print.

Harlow coordinated with thigh-high black boots and a handbag in the same hue, detailed with Burberry’s logo at its clasp.

Erykah Badu, Bella Hadid, Stormzy, Irina Shayk and Daniel Kaluuya were among the guests at the soiree held at The Twenty Two.

Before the gathering, Harlow held court on the front row for the runway show in a black shirt dress ensemble with circular cutouts across the bodice. She had on thigh-high black boots and accessorized with silver and gold drop earrings.

Harlow was seen at the show alongside Normani and Sabrina Sato, who also styled in Burberry. Normani wore a brown, white and black plaid dress, matching trenchcoat, monogrammed stockings and black heels. Sato arrived in a similar dress with thong sandals.