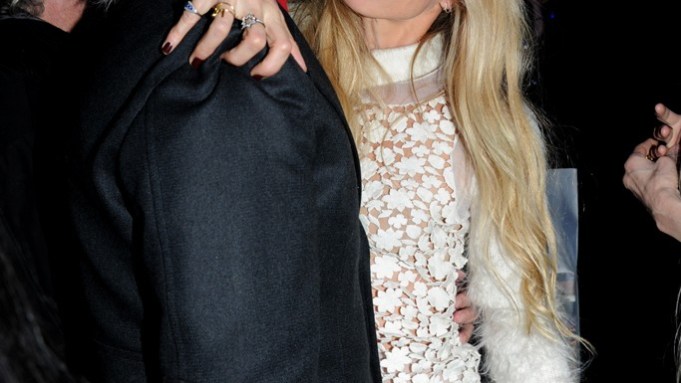 WOOD WORK: “I hate salons,” said Josh Wood, the London hair stylist who’s just opened a space at Liberty. “That’s why we do things differently, with iPads for our clients to play with, and I never have more than 10 chairs.”

Wood’s new space, on the third floor overlooking Carnaby Street, is his second London salon. The original Josh Wood Atelier is in Notting Hill. Guests at the launch party included Sam Taylor-Johnson, who made a cameo appearance before she rushed home to relieve her babysitter; Laura Bailey; Henry Holland; Jade Williams, and Serena Rees.

“It took us a year to find the right space and they’ve given us a room that has never been used for retail before; it used to be an office,” said Wood.

“Hair first, face second. If the hair is perfect, nothing else matters. I can walk out of here with no makeup but perfect hair and still feel like I look good,” said Kristen McMenamy, whose long silver tresses are tended by Wood. His high-profile clients also include Elle Macpherson, Daphne Guinness, Jemima Khan, January Jones and the Duchess of York.

The evening featured a special performance by Theo Adams Co., with 20 blondes wearing wigs that had been styled by the Josh Wood team.