Wool Gets the Spotlight at Paris Museum

The Woolmark Company hosted the fibre awareness event with sheep, dance and novelties. 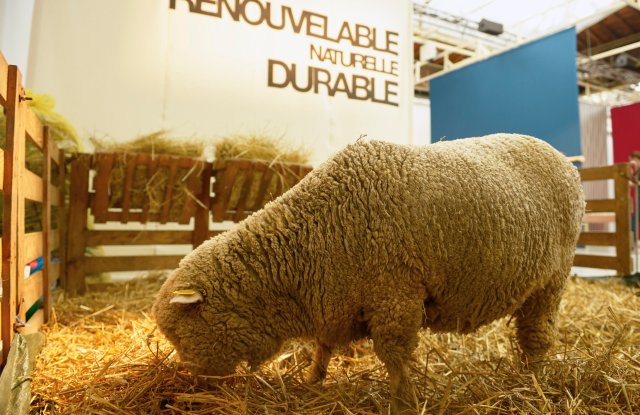 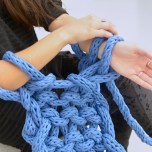 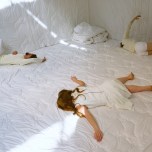 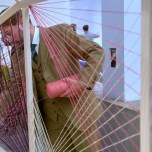 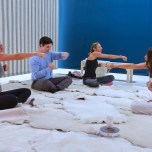 PARIS – A flock of sheep invaded the Palais de Tokyo in Paris this weekend as part of a global awareness campaign orchestrated by The Woolmark Company.

The three-day event, ending Sunday, includes artwork made of wool, a photo exhibit about the natural fibre, and a series of dance performances showing off wool’s versatile nature.

Brands, including Adidas, which developed running apparel based on wool, and Dormeuil, supplier of fine wool fabrics to bespoke tailors including Cifonelli, Camps de Luca and Brioni, set up stands to let visitors get physical.

WWD caught up with Peter Ackroyd, global strategy advisor for The Woolmark Company, at the event.

WWD: What is so special about wool?
Peter Ackroyd: Its diversity. It can be made into suits, blankets or sportswear, and we think we don’t even know all the end-uses of wool. But it’s not only a very diverse fibre — at the end of its life it goes back to earth and enriches the soil. It doesn’t end up as landfill. We put a wool sweater next to an acrylic sweater in Prince of Wales’ garden. In five months, the wool sweater has almost entirely gone back to nature, the acrylic one — you just shook it and put it back on the rack.

WWD: Why have you brought this event to Paris?
P.A.: What we want to see in Paris is wool coming back into women’s wear. What happened 25 years ago is that women went into poly-viscose; mills closed down in Roubaix and Tourcoing. Anything that my mother or grandmother would have worn would have been wool, now there isn’t any. Women’s wear in particular is full of unsustainable rubbish, chemical fibres that are littering landfills. I think that your generation, or the next generation, will have to pay a landfill tax because there is some much going into landfill it’s absurd. Wool is coming back though. Last season, Dormeuil have sold their men’s wear worsted collection, which is fine Australian merino, to a women’s haute couture house. We think there will be a trickle-down effect to high street, and when that happens, we will see a situation pre-1980s.

WWD: But you know what people say: wool is itchy?
P.A.: That’s one of the biggest misconceptions about wool. It’s local and cross-bred wools that are scratchy and they are so on purpose, because they were meant for carpets. People don’t remember that in days of Roubaix and Tourcoing all wools that were spun there came from Australia [where 90 percent of the world’s apparel wool comes from], and Australian merino is very soft. We also re-launched Cool Wool, which is a thing of the Eighties, because people have not gotten the idea that wool is actually thermo-manageable — it is good for winter, good for summer. The re-launch came with a certain amount of success too, as it gives the weavers and spinners another season of wool.

WWD: How is the wool business at the moment?
P.A.: Wool in general has done extremely well over the last four or five years since the crisis. People are talking about what they want to invest in. And they want something that has value and provenance. You see brands like Dormeuil, which is up 30 percent in some markets like Japan. British weavers such as Abraham Moon, big supplier of J Crew, had a turnover of 10 million British pounds four years ago, now they are at 19 million, so they nearly doubled, and the Harris Tweed production has gone from 425,000 running meters to 1.2 million. So the industry is doing well. [Sergio] Tamborini [chief executive officer of the Marzotto Group] who does 20 million meters of pure Australian wool every year, believes that wool is the future of China as well. China has massive ecological problems, and wool is completely biodegradable.

WWD: What is your single biggest challenge?
P.A.: The problem is always is the price of fabric. A meter of poly-viscose with a wonderful handle costs 4.20 [Australian dollars] a meter; wool is at 12.5. You’ve got to convince the customer to make that investment. And we don’t want consumers to buy a suit every year. We want to make sure it lasts. So this is about fibre awareness. We have a campaign to educate students, buyers, shop assistants about the qualities of wool, because they still don’t know about it, in women’s wear especially.