The event, organized in partnership with the Australian Fashion Council, showcased silhouettes created by Dion Lee and Ex Infinitas.

One of the installations by Woolmark

NEWS FROM DOWN UNDER: It was a little difficult for guests at the “Modern Merino” cocktail to take their eyes off the stunning view of the Eiffel Tower, framed by the panoramic window on the seventh floor of the Australian embassy.

The event, which took place in Paris on Monday, set out to celebrate young Australian designers and their innovative use of wool via an installation of silhouettes by seven Australian brands shown throughout the space, created in collaboration with the Woolmark Co.

The evening was hosted by Edwina McCann, editor in chief of Vogue Australia and co-chair of the Australian Fashion Council, and Brendan Berne, Australian ambassador to France.

“What I see in this room is really the incarnation of our country and what we’d like to represent in France: innovation, audacity, daring,” he said during the event’s opening speech. 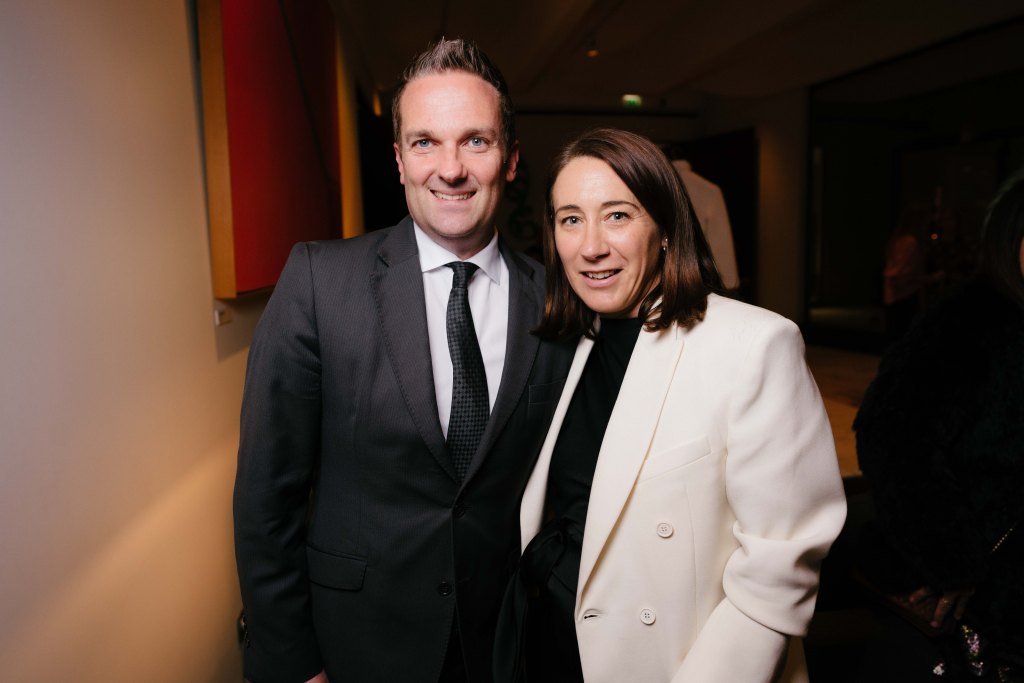 Lukas Vincent of Ex Infinitas was one of the designers tapped by Woolmark to create a silhouette, joining Dion Lee, Albus Lumen, Nagnata, Helen Kaminski, Jacinta James and Blair Archibald.

“My aesthetic is very much Australian surf but more luxury-oriented,” said Vincent, who for his silhouette chose to pair a chic black merino wool coat with a noor, an elaborate wreath necklace made with shells, resin pieces and ghost nets from Northern Australian oceans.

“It’s basically the Australian interpretation of a Hawaiian lei,” said the designer, who was overjoyed to see that aboriginal elders had been invited to the event that evening: members from the Bábbarra Women’s Centre in Maningrida had traveled to France in honor of the opening of their textile exhibition “Jarracharra,” which will be held on the ground floor of the embassy from Oct. 4 to Jan. 10. 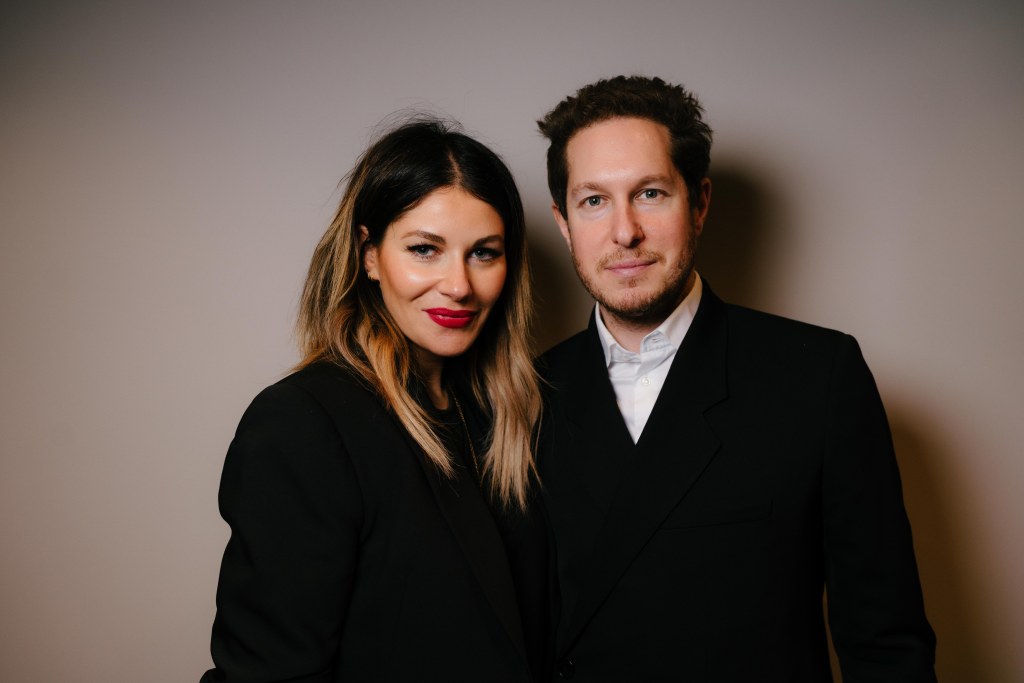 Camilla Freeman-Topper and Marc Freeman of Camilla and Marc  Courtesy

Sustainability was a key topic among designers and organizers that evening.

“In Australia, sustainability and ethical production are standard benchmarks,” said David Giles-Kaye, chief executive officer of the Australian Fashion Council. “All our brands are trying to lift their game sustainability-wise. We are part of the global community that is trying to work out how to build transparency and certainty in our supply chains.”

Camilla Freeman-Topper and Marc Freeman, the two designers behind Sydney-based brand Camilla and Marc, agreed. “Our clothing isn’t made to be thrown out,” Freeman-Topper said. “Our mantra is to create clothes that can be passed onto different generations. The timeless aspect of clothing is so important in a culture that is more and more about the disposable.”