Woolmark Spins a New Yarn in Tribute to Karl Lagerfeld

The tribute pays homage to Lagerfeld, and the company's traceability ideals, with a competition for 777 limited-edition DIY knitting kits.

The Woolmark Company can proudly — and wistfully — say the great Karl Lagerfeld bookended his spectacular fashion career with wool.

One of the late designer’s final projects was the Knit Karl kit, a limited-edition DIY box set that will be available starting Friday via an online global competition, WWD has learned.

It comes some 66 years after Lagerfeld won the 1954 Woolmark Prize in the coat category, propelling his notoriety and also that of Yves Saint Laurent, who prevailed in the dress category.

Lagerfeld vividly remembered that pivotal 1954 prize ceremony, when the award was handed to him by Thelma Sweetinburgh, then head of the Paris office of the International Wool Secretariat. (She would go on to become a fashion editor, helping put WWD on the map during the Sixties.)

When Sweetinburgh passed away in 2007 at age 97, Lagerfeld sketched from memory the outfit she wore on that important day: a gray flannel ensemble by Jacques Fath.

“She was so chic,” Lagerfeld recalled at the time. “She was the first person of the fashion world I met when, in late 1954, I got my first prize in the International Wool office contest. I went to Lachaume and ordered her flowers.” (He remained one of the florist’s top clients his entire life.) 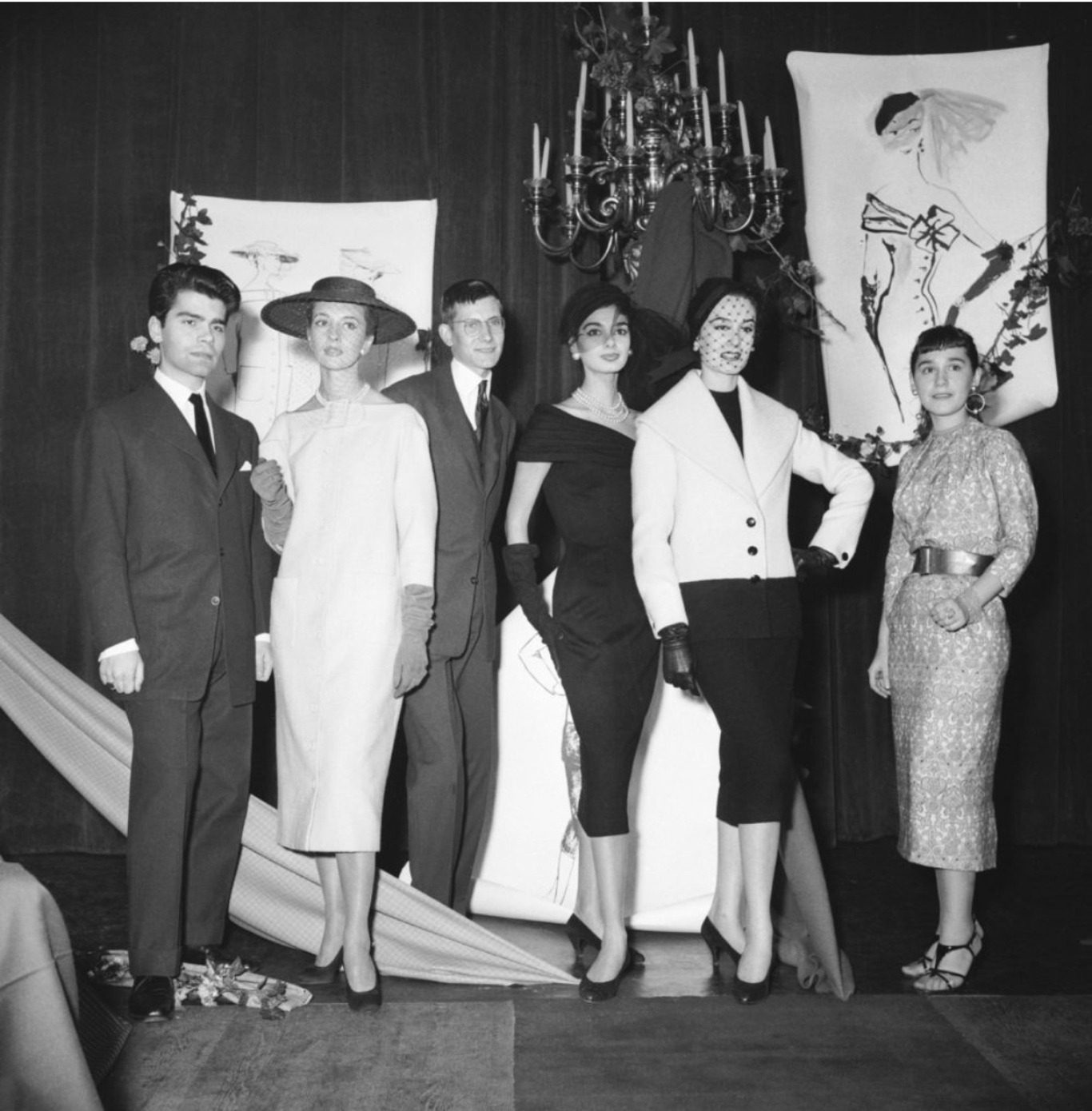 Karl Lagerfeld and Yves Saint Laurent were among winners of the 1954 Woolmark Prize.  Courtesy Photo

Each Knit Karl box will contain instructions to realize one of four unisex Lagerfeld designs — a pullover, cap, headband or scarf — along with Australian merino wool yarn, knitting needles and four metal badges to personalize the items, including one with a sheep wearing dark glasses like Lagerfeld always did.

The contest runs starting this week and involves a digital scavenger hunt in which consumers hunt for codes, with most hidden throughout the U.S. and the U.K., but effectively across 14 different countries. Collecting enough codes will unlock one of the 777 knit kits up for grabs. (Seven was the late designer’s lucky number.)

While the contest is a playful interpretation of the concept of “traceability,” it also foreshadows the incredible excitement to come at the 2020 International Woolmark Prize.

For the first time, these contestants will present six-look collections that are comprised of fully traceable merino wool, partnering with The Woolmark Company and a blockchain-enabled company called Provenance. 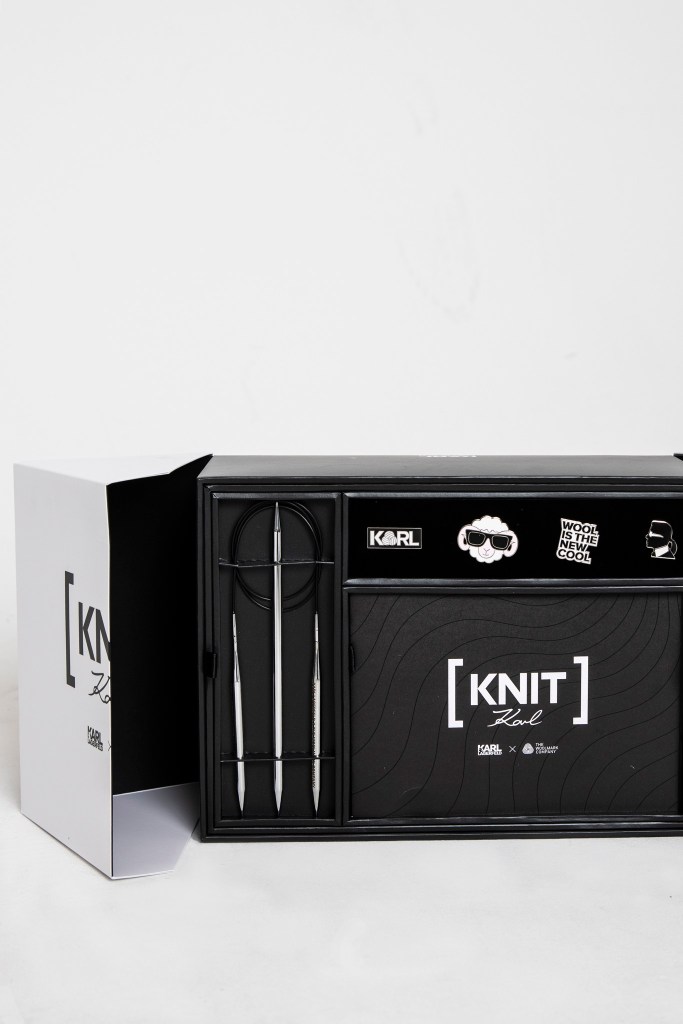 Although Woolmark is perhaps best known for shepherding early design talent like Lagerfeld through its competition, the company’s nonprofit arm is also aid to some 60,000 Australian woolgrowers. Carrying on Lagerfeld’s legacy, Woolmark also introduces “The Karl Lagerfeld Award for Innovation,” this year to be presented by Carine Roitfeld, who last year was named a style adviser to the Lagerfeld brand. 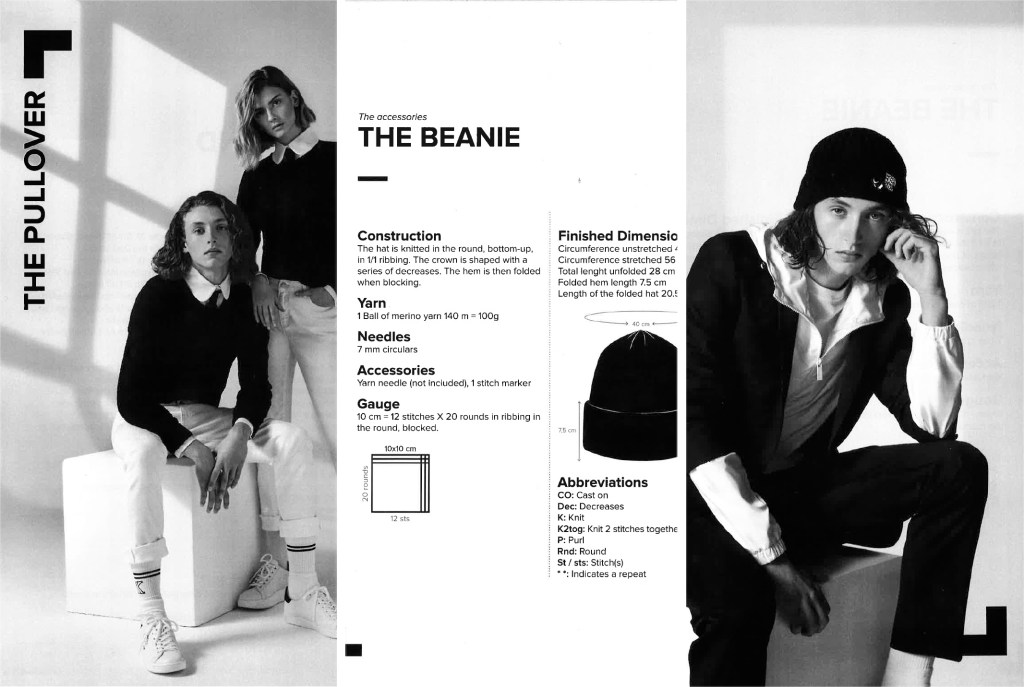 The Woolmark project caps off a year of special events and initiatives to celebrate the life and legacy of Lagerfeld, who died last February at age 85. These included a variety-show-style memorial ceremony at the Grand Palais, an exhibition of white shirts in tribute to one of his fetish garments, and an LVMH Prize for Young Fashion Designers renamed after him.

In tandem with the Karl Knit project, conceived in 2018, the Lagerfeld fashion house has committed to use Woolmark-certified premium wool for all Karl Lagerfeld knitwear from the fall 2020 fashion season.