The Moon Parka is a collaboration between The North Face Japan and biotech start-up Spiber Inc. 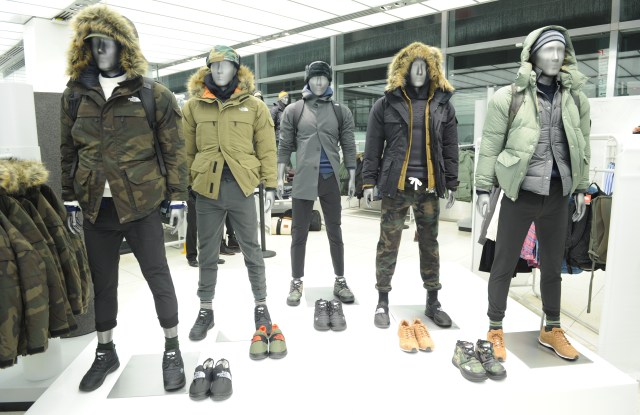 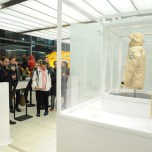 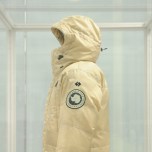 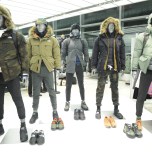 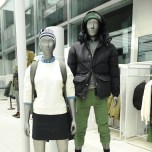 Spiber first unveiled the Moon Parka in collaboration with The North Face Japan late last year. The parka combines Spiber’s synthetic material with the design of The North Face Antarctica Parka, and a luminescent sheen attributed to the undyed color of the Golden Orb-weaver’s silk, which Spiber has dubbed “Moon Gold.” The prototype has been touring various North Face stores in Japan as proof that the fibers Spiber created can withstand existing industrial machinery.

“Spider silk is the toughest material that is known, either in nature or otherwise,” said Daniel Meyer, marketing executive in the business development department at Spiber. “To boil down the advantages of our technology as simple as possible, it’s a protein material made through a completely biological process like any other protein material; we have the advantage of being able to use a synthetic process to form that material.”

That means performance attributes like heat-resistance elasticity, and fiber fineness can all be determined on a molecular level to make the end product (though the final protein of the Moon Parka has not necessarily been decided on yet).

Reducing society’s reliance on petroleum-based materials is also part of Spiber and The North Face’s vision for a sustainable future. Spider silk is a renewable resource that doesn’t rely on fossil fuels and requires fewer chemical dyes when made into a garment. “It’s extremely efficient,” Meyer said. “It’s a fermentation process, so if we want more proteins we just make a bigger tank.”

The short-term goal is production and distribution for the Moon Parka. There isn’t a release date for the first wave of parkas yet, but Meyer says Spiber is working with The North Face Japan team and hoping for a date next year. The long-term goal is widespread adoption of synthetic protein materials for industrial use. Spiber has already applied its synthetic spider silk on a seat for a concept car with Lexus that absorbs energy on impact.

Though the Moon Parka was the centerpiece of the night, it didn’t travel from Japan alone. Beginning today, the North Face New York flagship and San Francisco store at Jackson Square are launching the Unlimited North Face Japan collection. The full offering includes men’s and women’s jackets and vests, tops and bottoms, equipment, footwear and accessories for a range of products suited for traveling and times of inclement weather in urban environments.