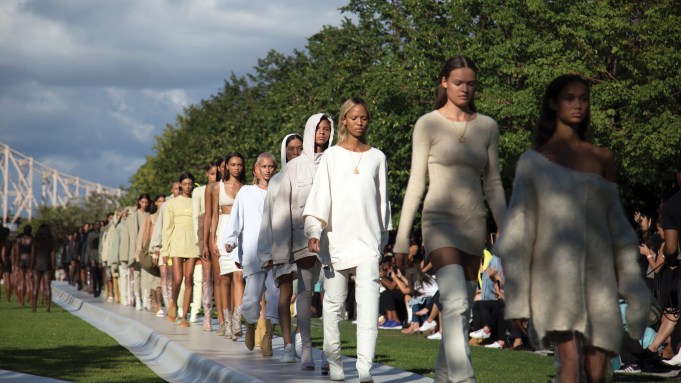 Roughly 24 hours after CFDA president and chief executive officer Steven Kolb expressed his dismay that Kanye West muscled in on the New York Fashion Week schedule without consulting the week’s official schedule keeper, the problem has been resolved.

The Yeezy Season 5 show has been rescheduled to 3 p.m. on Feb. 15 instead of 5 p.m., which would have directly conflicted with Marchesa’s time slot. The Yeezy show will take place at Pier 59 Studios.

“Kanye called me personally to let me know that he had no intention of showing on top of another designer, and was unaware that there was a conflict,” said Kolb in a statement. “He explained that once he realized Marchesa was in the time slot, he immediately looked at alternative options. The CFDA appreciates Kanye’s outreach and effort, and we look forward to working with him far in advance to integrate Yeezy into the schedule in seasons to come.”