The designer will unveil select pieces of his spring 2016 collection on the mobile styling app. 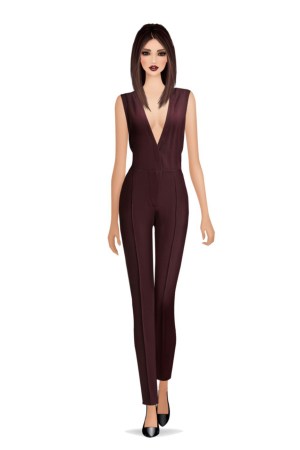 Yigal Azrouël is giving a preview of his spring 2016 collection — and it’s not only for fashion insiders. Twenty-four hours before his New York Fashion Week presentation on Sept. 11, the designer plans to digitally unveil select pieces of his new collection on the mobile styling app Covet Fashion.

“When we sat down to think about it, we thought about the customer first,” Azrouël said. “We thought giving users an advanced look at the new collection offers a really thoughtful way to continue to thank and engage our consumer audience, as well as provide foresight into what we can expect to be well received at market.”

After fashion week, Yigal Azrouël will release select pieces from the runway for purchase exclusively via the app. Until then, Covet’s audience — more than 3 million users — will be able to visually engage, style and experiment with the collection.

Yigal Azrouël hopes to build upon the boost the app previously gave its Cut25 contemporary line. “We have found that what is key for luxury brands like ours is the repeated brand exposure on the path to purchase,” noted Azrouël, who didn’t disclose specific conversion rates for the brand. “Previously, with Cut25 being a part of the game, we were seeing upward of 5 [million] to 6 million impressions inside the app on a monthly basis. And from there, Covet has played an integral part in driving traffic back to our e-commerce site, strengthening the awareness of our brand to a new aspirational audience.”