The French house, which officially ceased the craft in 2002, has opened two new ateliers to pursue its artisanal collections. 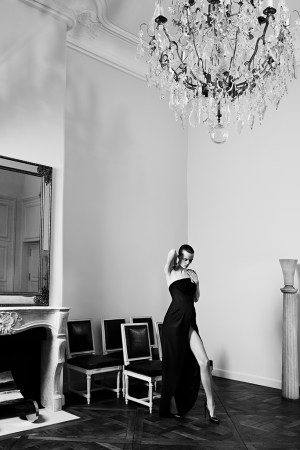 CRAFTY REVIVAL: Saint Laurent is going back to couture.

The French house, which officially ceased the craft in 2002, has opened two new ateliers to pursue its artisanal collections.

While the brand has been producing handmade special orders as part of its ready-to-wear line since Hedi Slimane took over the creative lead in 2012, it said it would now cater to both women and men via the “Atelier Flou” for dressmaking and “Atelier Tailleur” for tailoring, proposing both day and evening options.

The Kering-owned brand, which saw second-quarter revenues grow 27.3 percent on a comparable basis to 232 million euros, or $256 million at average exchange, this week, let known that Slimane would decide “case by case” which looks were to carry the ateliers’ new hand-sewn “Yves Saint Laurent” couture label and be recorded and numbered in the house’s gold monogram book.

Private or custom-made orders would not be accepted.

“Unlike a couture collection, this is an even more exclusive definition. The label is used only for ‘friends of the house,’” a spokeswoman informed via a statement.

To introduce the new project, Slimane shot a black-and-white campaign called “Rue de L’Université,” featuring models dancing, posing and arm-wrestling in the new salons, which are decorated with modernist, Art Deco and 18th-century French furniture pieces, stemming both from the house’s own and Slimane’s private collections.

They include Elizabeth Eyre de Lanux, the creative director’s favorite modernist designer, Louis Sognot as well as Armand-Albert Rateau, and are accompanied by artwork from Ad Reinhardt and Daniel Buren, among others.