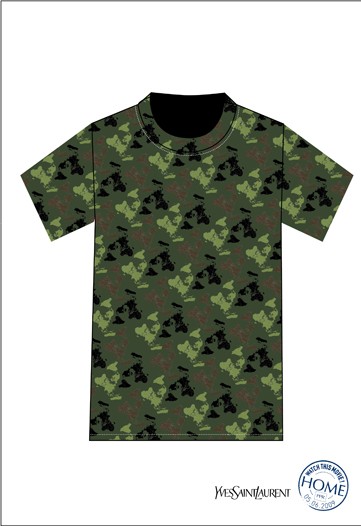 HOMESICK: What’s a major film launch without any merch? In tandem with the release of the PPR-sponsored film “Home,” designed to raise environmental consciousness, Yves Saint Laurent has created a limited-edition range of T-shirts, tank tops and tote bags in exclusive prints on organic cotton.  They’ll be sold in select YSL boutiques in early June in tandem with the June 5 worldwide release of the film, which is directed by Yann Arthus-Bertrand and produced by Luc Besson. Like YSL, other Gucci Group and PPR brands are also cooking up special products and events linked to “Home,” which can be seen in cinemas, on television, DVD and the Internet.