Zara continues to help promote the next generations of fashion talents. In this vein, the fast-fashion retailer unveiled on Tuesday at its Milan flagship on Corso Vittorio Emanuele II a capsule collection created by students from the second year of Istituto Marangoni’s undergraduate course in fashion design.

The project is part of Zara’s View.S program aimed at spotlighting unspoiled creativity. Five young designers, selected among 81 students of the Milan school, were tasked to create a range of women’s fashion pieces for the retailer’s Zara Women line. Each talent will be rewarded with a prize of 1,500 euros.

“It’s a moment when everybody likes to talk about supporting talent, but Zara really proved it could do it proactively,” noted Barbara Toscano, director of Istituto Marangoni’s school of fashion in Milan.

The capsule collection, which includes 11 pieces, will be available starting today on Zara’s online shop, as well as at the retailer’s Milan doors on Corso Vittorio Emanuele II and Via Torino.

Crafted from fabrics sourced in Italy, each item was developed as a collaborative effort among the five students. The group includes Andrea Alchieri, Jade Locatelli, Giulia Pesigi, Stefano Forte and Valeria Bortoluzzi.

“There’s a lot of individualism these days, so the biggest challenge was to help these young designers work together,” noted Antonio Patruno Randolfi, program leader for fashion design at Istituto Marangoni. As part of the program, the students were flown to Zara’s headquarters in A Coruña, Spain, to work with the design studio and attend a range of workshops, including one on sustainability. According to Patruno Randolfi, the experience helped cement a cohesive vision for the collection. 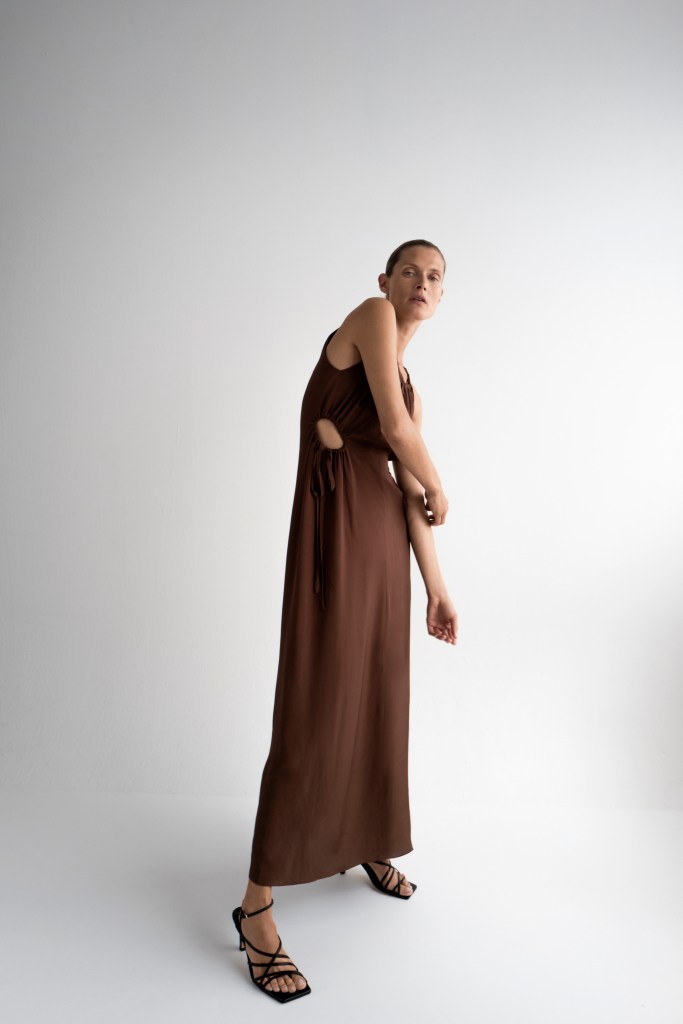 The lineup features everyday pieces injected with unconventional twists for a bourgeois yet slightly bohemian effect. For example, a sheath black dress with a plunging V-neck had long ruched sleeves with drawstrings, while a boat-necked crop top was made of a paper-like fabric in a shimmering mud shade. A fluid column frock in a tobacco hue had cutouts at the hips and drawstrings making it adjustable and suitable for different body shapes.

“In addition to a certain concept and aesthetics, we had pragmatism in mind as the whole collection was developed for wide age range,” Forte explained.

The project with Istituto Marangoni marks the fourth iteration of the View.S program. Previously Zara has partnered with the Bunka Gakuen University in Tokyo; London’s Chelsea College of Arts, and the Esdemga fashion school in Vigo, Spain, on a men’s wear, kid’s wear and TRF capsule collections, respectively.

Founded in Milan in 1935, Istituto Marangoni has helped train more than 45,000 professionals in the fashion and luxury fields, including top designers ranging from the late Franco Moschino to Alessandro Sartori, now artistic director of the Ermenegildo Zegna Group, among others. In addition to Milan, Florence, Paris and London, the fashion and design school operates locations in cities including Miami; Shanghai; Shenzhen, China, and Mumbai.