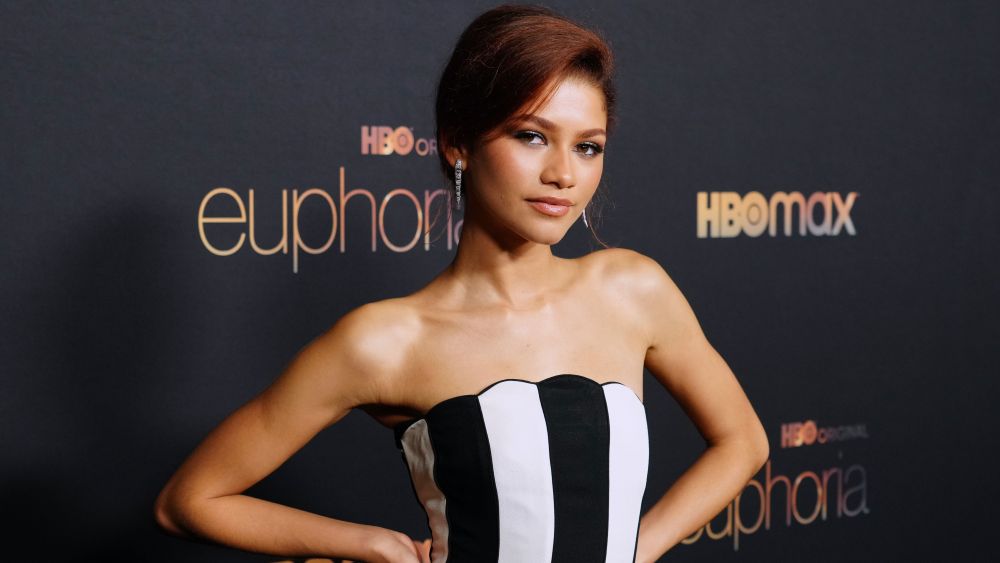 Zendaya started off the new year with a bold fashion moment in a vintage Valentino look.

Zendaya, a Valentino ambassador, paired the look with jewelry from Bulgari, which she is also an ambassador for. The actress wore diamond drop earrings from Bulgari’s Serpenti collection and an eight-carat yellow diamond ring.

Zendaya was joined on the red carpet by many of her fellow cast mates, including Sydney Sweeney, Alexa Demie, Hunter Schafer, Maude Apatow and others who each made an impression on the red carpet with their looks.

Schafer and Demie went the custom route for the red carpet, with the former wearing a burgundy organza Prada dress with a beige collar and the latter a sequined black dress with black satin boots from Balenciaga.

Demie wasn’t the only star that went with a sequined look for the event. Apatow opted for a beaded sheer dress from Saint Laurent and Sweeney went with a two-piece white Miu Miu set that was embellished with beads.

Click through the gallery to see more photos from the “Euphoria” season two photo call.