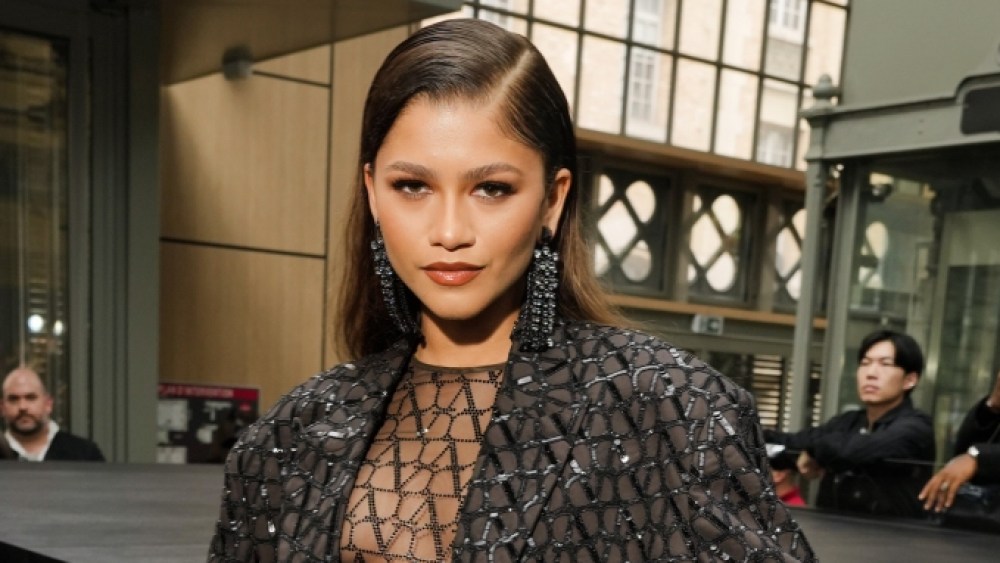 The actress attended the runway show hosted during Paris Fashion Week wearing an all-black, Valentino monogrammed set consisting of an oversize blazer, shorts and a sheer bodysuit from the spring 2023 collection.

She posed for pictures alongside her longtime stylist, image architect Law Roach. Roach and Zendaya also sat next to Naomi Campbell in the front row, posing for pictures together.

Zendaya has been a Valentino ambassador since 2020, starring in a series of campaigns, including its Roman Palazzo campaign last year and the Pink PP campaign this year.

The actress regularly wears Valentino on the red carpet, most recently at the 2022 Emmy Awards where she wore a reimagined version of a vintage Valentino ballgown. Last year, Zendaya attended the Oscars wearing a custom Valentino look that gave a nod to a similar look actress Sharon Stone wore to the Oscars in 1998.