The fashion stylist, who worked with Beyoncé on her “Black Is King” visual album is teaming with Adobe on a new digital series focusing on creativity and innovation.

Between Black Owned Everything and Beyoncé’s “Black Is King” visual album, fashion stylist Zerina Akers has had one busy, and groundbreaking year. However, Akers isn’t slowing down and is embarking on a new partnership with Adobe.

Akers, who is Beyoncé’s longtime fashion stylist, is teaming with the company for its “Create Change: Conversations with Creators” digital series, where she video chats with actor, writer and producer Lena Waithe about using creativity to make impactful change, especially amid this year’s social and cultural climate. 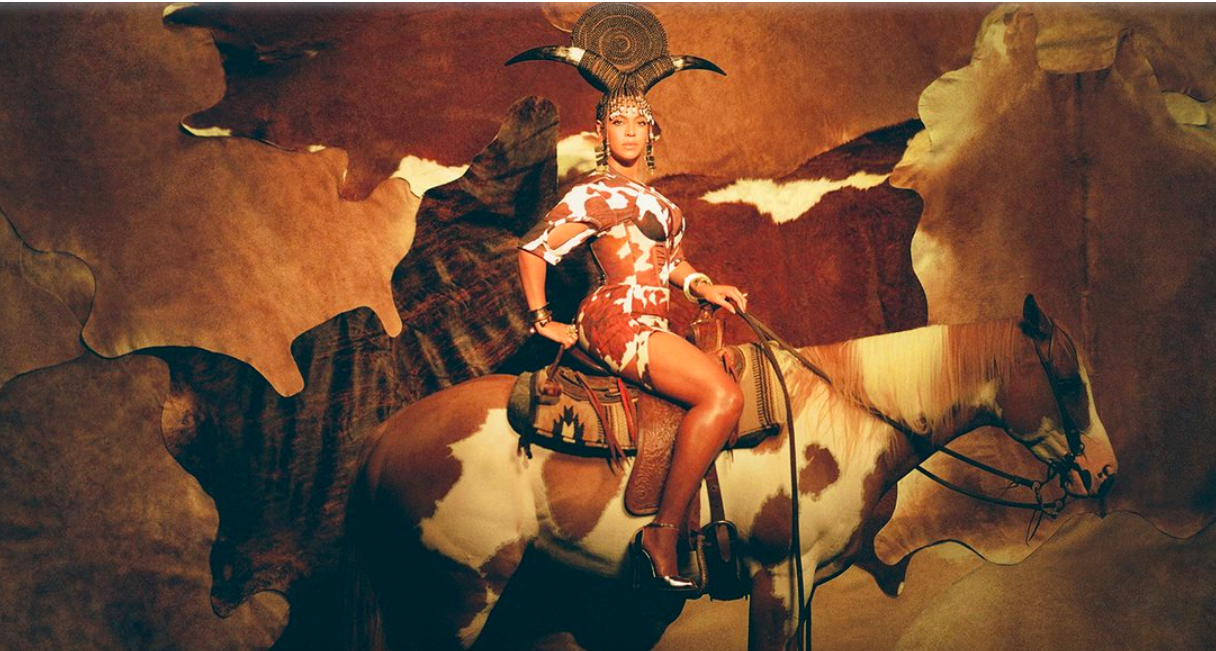 Beyoncé wears Burberry for her “Black Is King” visual album.  Courtesy of Burberry

In the video, which debuts today, Akers touches on how she is using Black Owned Everything, the directory of Black-owned businesses she released in June with Beyoncé, to make that change, as well as how she thinks the fashion industry needs to change in order for it to be more inclusive and equitable.

WWD spoke with Akers before the Adobe digital series’ debut to discuss the topics she raises in the video as well as how she’s growing Black Owned Everything.

WWD: Why did you want to participate in Adobe’s “Create Change” digital series?

Zerina Akers: It’s really the concept of using creativity as a catalyst for change. It was a no-brainer in partnering with Adobe to highlight women creators and Black women. It was just a great opportunity to have some much-needed dialogue and what better kind of platform to do it on than in this creative space.

WWD: In your conversation with Lena Waithe, you talked about creating something that will outlive you. Is that your approach with your styling?

Z.A.: With my fashion styling, it’s more a benefit in a way because I get to work with this platform that’s larger than life, but it’s also constantly wanting things to feel right and timeless and even if you have to adapt to certain curves, making it be as good and as strong as possible.

I sit at home some weekends and watch music videos from the Seventies, Eighties and Nineties and these are things people many years from now are still going to be inspired by and referencing, so to be able to operate with that in mind is profound.

WWD: How does that translate to Black Owned Everything?

Z.A.: It’s definitely turning into that. You know, if I knew it would get so much traction, I probably wouldn’t have made it. I would have naturally shied away from it, but because I did it and created it with such almost innocence, I really just wanted to make a space where I could keep track of these Black-owned brands and I could curate this feed and let people know that I could be diversifying my spending if I went here and anything that I see here, I could be supporting a Black-owned business.

Then the decision to share it, as a stylist many of us don’t share the things that we find. That’s for us and for our clients. We kind of hoard these ideas and these brands until we find the right moment to use them. But taking that, flipping it on its head and just putting it out there and saying, ‘I love what this person or brand is doing,’ has kind of shifted the perspective in many ways and shifted the trajectory of these brands.

WWD: What is your goal with Black Owned Everything?

Z.A.: It’s pouring back into our own community and uplifting our designers and our creators. It’s evolved into a space where we can go in and have these conversations. We have many pop-ups and different initiatives coming up to bring in these brands and be a part of this amazing space, but also partner with different corporations and sponsors in the community where we can help these companies.

I’m currently working on an e-commerce initiative and creating it to be a space where Black-owned brands can come to market whether they have 20,000 followers or 2,000 followers. We are creating a space where consumers, whether they want to be a more conscious consumer or diversify their spending, we can make it easier to come and support these brands and discover a really cool, amazing concept and design. 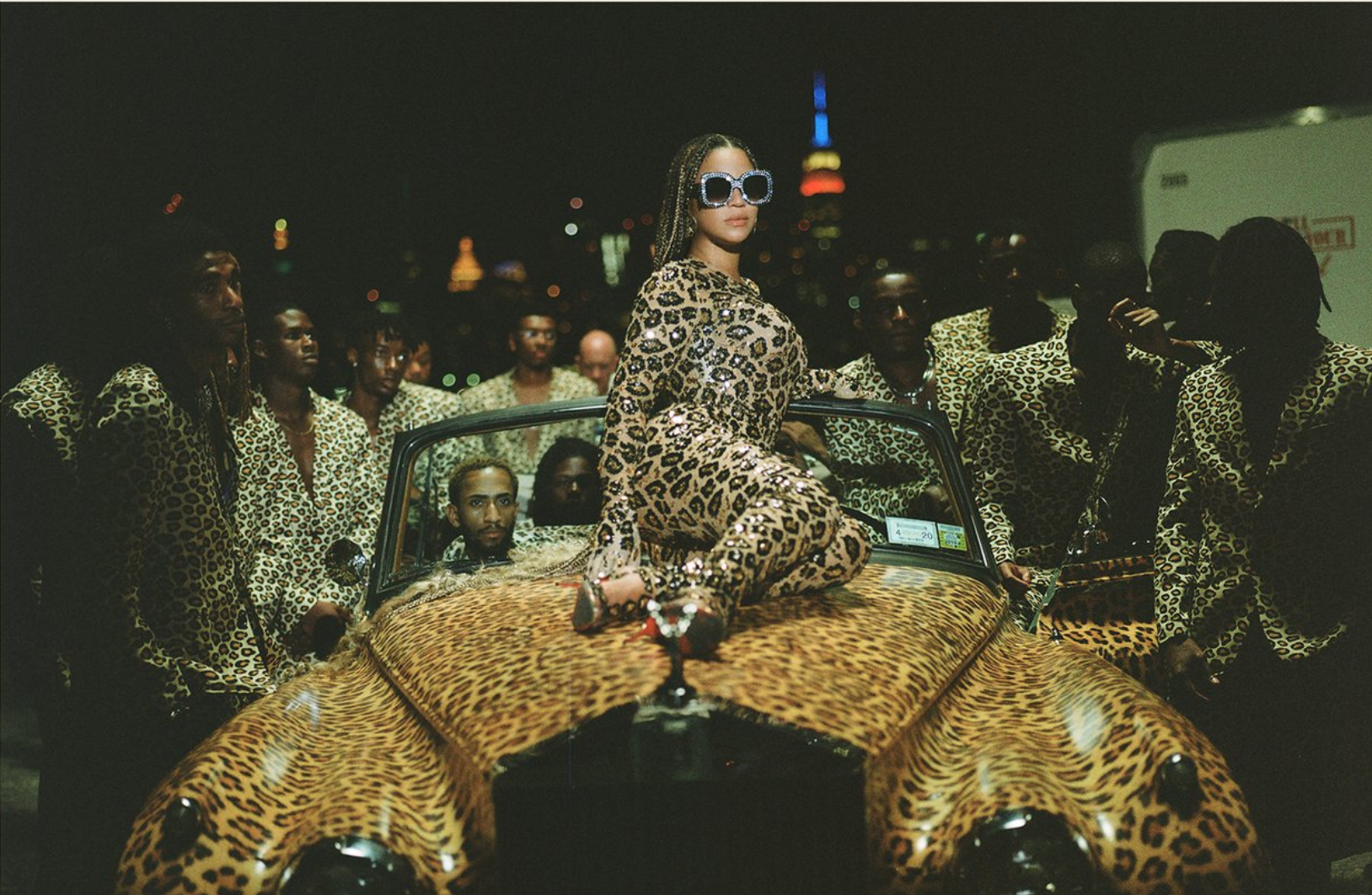 Beyoncé wears Valentino for her “Black Is King” visual album.  Courtesy of Valentino

WWD: Beyoncé’s “Black Is King” visual album was a year in the making, but it came out at such a pivotal moment amid the Black Lives Matter movement. Did your expectations change from when you started working on the project to when it was released?

Z.A.: When we first started working on it, we were just going to do a couple of clips of each song and create a small teaser project and as it grew it evolved into potentially becoming a film. If we started making it this year, there could have been some things that were different or more of, but it’s just pouring into the project and wanting each video to be powerful and deliver a message and visually it led to what we have today and something that, in an essence, stands the test of time. We shot it the year before, and no matter what was happening in the world, to be able for her to release it at a time like that with the narrative and visuals hit even harder.

WWD: What kind of impact do you think “Black Is King” had on this cultural moment?

Z.A.: It allowed many people to be seen. Many cultures, especially among the African diaspora and on the continent, there’s so many different moments where you can see your mother or your immigrant family even if you’re first generation or born in America. You got those subtle and direct nods to specific cultures in a way that is unifying and celebratory.

At a time when many Black people felt forgotten in this country, it’s this reminder of our beauty and how powerful we are. Even though you’re bombarded seemingly every week or every other day by someone being killed in the news, it’s a much needed pick-me-up.

WWD: You and Lena Waithe also discuss in the video the future of having a Black high-end fashion house. What do you think needs to be done to make that a possibility for Black designers?

Z.A.: First of all, these designers need support. Many are making luxurious garments but don’t have a place to manufacture or manufacture properly. It doesn’t necessarily have to be from a Kering or an LVMH, but it makes a difference to have that 360-degree support.

But in addition to Black Owned Everything, I’m also launching a foundation called the Akers Foundation to offer education. That’s really the foundation of it all. I’m hoping to be able to create financial literacy courses, such as how to sustain your business or where to manufacture. Many people just don’t know where to start.

WWD: What do you hope people take away from the Adobe digital series?

Z.A.: I hope people will be inspired to not only create something for themselves, but — I’ve always loved this saying — that if your dreams involve only you, then it’s not big enough. I hope people will create in a way that involves community and creates real change throughout the world.