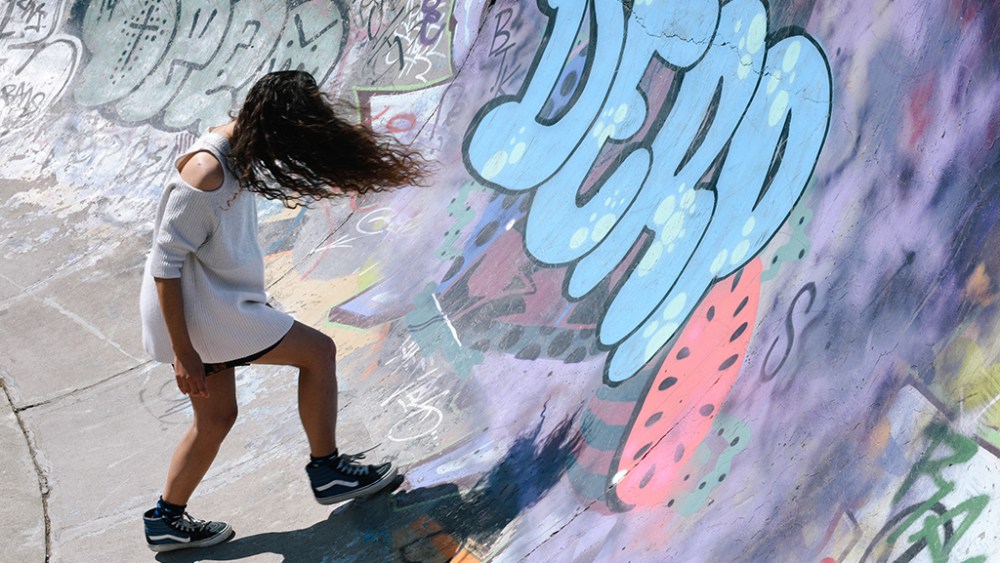 BACK TO THE LAB: London designer Zoë Jordan is aiming to simplify women’s wardrobes with her new seasonless, capsule cashmere collection, called Knitlab, which is set to bow at retailers including Saks Fifth Avenue in the U.S. and Harrods in London in June.

The range is made up of six wool- and cashmere-mix pieces that run from heavy ribbed tunic-length sweaters with cut-out details at the shoulders and arms, to cable knits and short-sleeve sweaters. The styles will be sold year-round, and are debuting in shades such as gray, camel, black and white, some with a silver foiling effect. Each piece takes its name from a scientist — Galileo and Darwin are among the styles — as an homage to the experimental mood of the Knitlab name.

To mark the launch, Jordan has tapped seven women whom she describes as “inspiring,” and has shot them wearing the collection “in their environment,” she said. Among them are music producer Catherine Marks, pictured in a studio, taxidermy artist Polly Morgan shot in her workshop and photographer Lily Bertrand-Webb, pictured in a skate park. The images, shot by photographer Iringo Demeter, will appear on Jordan’s Web site, at zoe-jordan.com/knitlab.