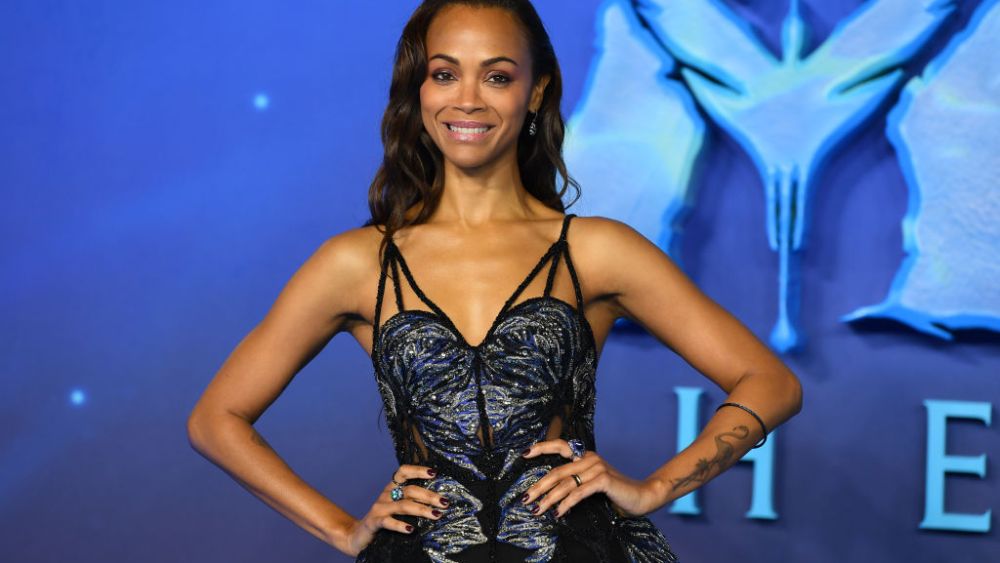 Zoe Saldaña arrived on the red carpet for the London premiere of “Avatar: The Way of Water” on Dec. 6, wearing a statement-making dress.

The actress wore a corset dress by Alexander McQueen with embroidered straps, bone detailing, a cage at the hip, beads and sequin bluebell embroidery on a black skeletal tulle base from the brand’s pre-fall 2022 collection. She accessorized with several rings and a pair of earrings from Jared Lehr.

To create her look, Saldaña worked with her stylist Petra Flannery, who has been dressing Saldaña for her ongoing press tour to promote “Avatar: The Way of Water,” and has placed the actress in brands such as Lafayette 148, Gucci and Michael Kors Collection. Flannery also works with Reese Witherspoon, Jenna Elfman and Amy Adams.

For makeup, Saldaña went for a red carpet-ready look, including a glossy lip, mascara and shimmering bronze eye shadow. For hair, she went for a wavy style cascading down her back.

The actress’ husband, Marco Perego Saldaña, accompanied her to the premiere. He wore a classic black suit and accessorized with rings and a strand of pearls.

“‘Avatar,’ it’s just my baby. It’s everybody’s baby. And to see this baby now being a teenager, like a young adult and getting to share it with the world is just….I felt like this day would never come and it’s finally here,” Zoe Saldaña said to WWD regarding the sequel finally happening 13 years after the original.

“Avatar: The Way of Water” is a sequel to the 2009 blockbuster hit “Avatar.” The science-fiction film, directed by James Cameron, debuts in theaters on Dec. 16. The sequel also stars Sam Worthington, Sigourney Weaver, Kate Winslet and Stephen Lang.