The shows were held at the Javits Convention Center. 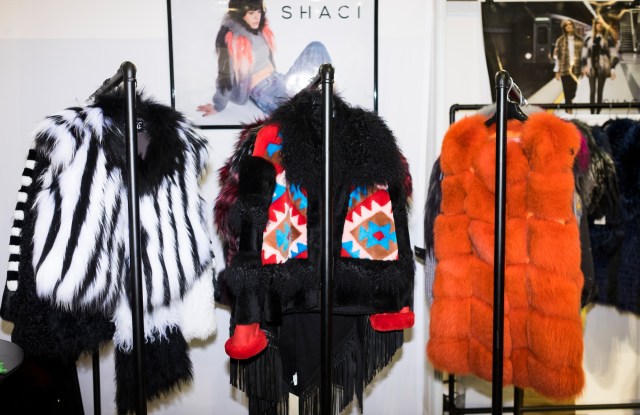 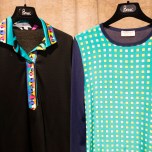 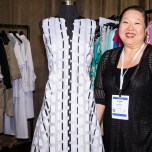 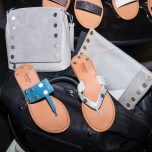 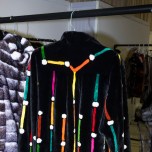 Fashion brands showing at the Edit, Stitch, Moda and Fame shows were offering black and white options, as well as bright colors — but not neon — for immediate and spring deliveries. The shows were at the Jacob K. Javits Convention Center last month. Edit targets the premium luxury market; Stitch showcases accessible luxury brands; Moda represents lifestyle and contemporary brands, and Fame is focused on the junior and young contemporary lines.

At Edit, Yeohlee was showing black and white as a color combination, as well as khaki, as the season’s primary neutrals. The looks for the tops and bottoms were also mixed in different color combinations to show options that don’t always come to mind. The fabrications were fluid fabrics, such as microfiber and georgettes. Michael Palladino, the sales representative for the brand, said, “She’s doing white and black, and mixing black and blue together.”

Mi Jong Lee was also showing a lot of black and white pieces, some solid separates and other looks combining a solid top with a black and white patterned skirt. While her line was mostly for spring delivery, she also managed to include some textured fabrications to add a bit of interest to the tonal pieces.

At Gran Sasso, many of the offerings — mostly short and long dresses and tunic tops — featured prints, some of which showcased geometric patterns made up of circles and squares. One group that stood out, whether it was a geometric top or sweater pattern over another geometric patterned pant, was its aqua-colored base mixed with white and navy. Another group of aqua-colored prints revolved around the aqua-pink-white combination. According to Jim Frey, the U.S. agent for the Florence, Italy-based firm, the style and design elements were influenced by Emilio Pucci, whom the brand’s designer studied under.

At handbag firm Hammitt, chief executive officer and executive creative director Tony Drockton said what was new for the handbag line were new patterns in its signature rivets, which have now been registered. The new line appeared to be its largest yet, combining a mix of its traditional styles along with new silhouettes that feature the new riveting style. While larger bags were available, the brand showed a higher percentage of smaller cross-body options. Some of the newer bags also feature what may become a signature lining for the brand in red suede.

Also offered for the first time was Hammitt’s footwear collection. According to Drockton, “We wanted to do this for years. Once she has her go-to shoes and her go-to bags, she can throw anything on and go with it.” The footwear, about $165 to $285 a pair at retail, will be offered initially at about 30 doors before expanding to about 60 to 80 doors by late fall. Drockton expects it to take about two years for the footwear line to fully resonate, which means he’s not likely to add on any other new category for the next year or so. The company, which has about 350 retail doors, is known for having a business model that does not provide for periodic “sales events” or discounting of any kind.

At Stitch, Starlight Furs was featuring sheared beaver capes and jackets showing bright colored patterns against a dark background. Tina Flikas, whose husband Pavlos is the company’s designer, said, “People would like to get out of brown and black. They want to have some fun with fur. We’ve seen it across all age groups.”

Starlight’s furs are made in Canada and the firm is based in Montreal. Many of the beaver offerings are around $1,200 wholesale, while a hooded mink cape is priced at $1,200 wholesale.

At Komarov, Barbra Araujo, the designer, said, “Bright pinks have become popular, although all shades of blue always sell well.” Her line had a selection of dresses that reflected the pinks and blues, either as the overall background color or as accent colors on a solid background.

Shaci was showing colored fur jackets in orange, as well as black and white patterns and multicolored patterns on a dark backdrop. Shawn Kerman, owner, said, “We are direct from the factory and you can have any style and color ordered.” He said orange was popular among buyers, as well as dark greens and yellows. “The vest is doing great, especially for those in warmer cities,” Kerman said.

At Moda, London Times and its higher price sibling Maggy London were showing their extensive dress lines in all colors and patterns, although the ones that were getting attention were floral patterns in either black or navy on a white background. Beth Teplitz, the sales representative, said traffic at the show was fairly steady, with many of the buyers showing interest in body conscious and fit-and-flare styles. She said that the difference between the two lines is often better fabrication and details for the higher-priced sibling, such as riveting around the armholes. That translates into a difference between the average wholesale price of $49 for London Times and $84 for Maggie London.

Ajit Datwani at Amazing Tunics said tunics continue to be popular, and not just because leggings are the bottoms of choice. He explained that the tunic is figure flattering for both average bodies and fuller figures because the style allows one to cover the “back end and the front.” He also said the Lior Jean, which he was showing, is a denim trouser that has been popular among buyers because the fabrication is 90 percent cotton denim and 10 percent Lycra for stretch. At $49 wholesale, the Lior is also comprised of a washable fabric. “It’s all about an easy fit for the customer. It doesn’t matter how old she is,” Datwani said.

Sandy Lew-Hailer, a buyer visiting Amazing Tunics and owner of the Seattle-based boutique that bears her name, said she’s been buying from the firm since 2010. And while the Lior pant fits well, the tunics and dresses have been favorites among tourists who frequent her shop, noting that the patterns of the tops are accent pieces over slim-fitting bottoms.

At Fame, the young contemporary and juniors line Doe & Rae was showing tops and dresses of different colors, although the pieces it chose to showcase on the mannequins were a black and white pinstriped dress and a black top featuring an eyelet pattern.

Eric Doe, owner, said half of the line was for immediate delivery and the other half for spring. He said that for spring, what was more of interest to buyers were blue and white, and items having a nautical theme.

At Just Black Denim, Hailey Kim, sales manager, said colored denim was still popular, but in muted fall shades of olive and burgundy. All its denim offerings are Made in the USA, wholesaling between $25 and $28 a pair. Destructive jeans styling is still popular among teens, with the focus continuing to be on the hemline. While frayed hems are popular, they now include scissor cut hems and long fringes on the hems. What is gaining traction is the slight flare at the bottom of the pant leg.

Daniel Kim, sales manager at Esley Collection, said September traffic at the show at Javits is typically their best show. Tops range from $10 to $15, while dresses are slight higher at $15 to $20. Outerwear is the highest, starting at between $20 to $25 for each item. The floral-patterned bomber jacket, wholesaling at $21, represents the trend that has been popular for the fall at many of the higher-end contemporary brands.