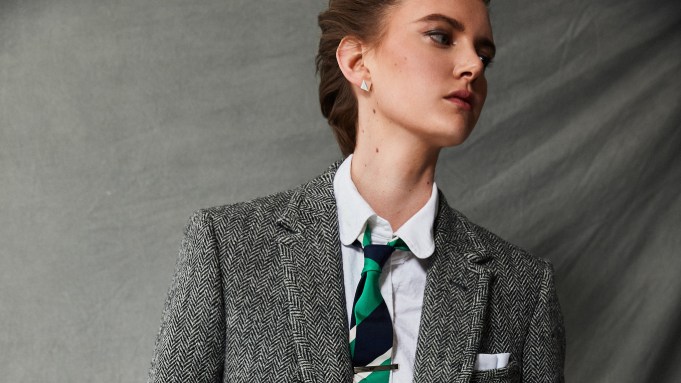 Louis Vuitton presented its updated play on gender during the brand’s fall show at Paris’ Musée d’Orsay. “Testing. Trying. Playing. Knowing. Yearning. Desiring. Wanting it all. Without restrictions,” was the message from designer Nicolas Ghesquière. Oversized blazers, leather jackets, vintage-looking ties and shirts, baggy skater pants and squared-off loafers were among the revisited items that gave a do-it-yourself, thrift-store vibe to the collection, in which freedom of expression and individuality were paramount.

Ralph Lauren’s fall collection was another directional addition to the trend. Mainly a black-and-white offering, Lauren focused on the streamlined styles and sartorial excellence that have made him an iconic American designer over the past 50-plus years. The lineup felt chic and modern. A black tuxedo jacket paired with cigarette pants and a bow tie brought back memories of his contributions to genderless tailoring while giving a nod to the timeless Annie Hall look. A similar style but this time paired over a Yankees black varsity jacket and a baseball hat gave some street cred to the effort.