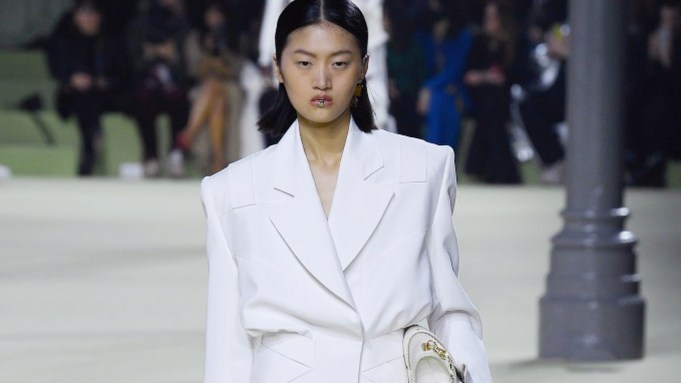 The fall season marked the official return to the high-energy runway shows with paparazzi-crazed celebrity front rows — Zendaya, Kim Kardashian and Rihanna present, to name a few — while delivering an exciting array of fashion and trends.

The return to the office was clearly in designers’ minds, as a new type of power suit dressing emerged as a leading trend. The new suit ranged from a genderless oversized blazer with strong shoulder construction to a more chiseled couture-like silhouette. Some of the highlights included the Versace revival of ’90s power dressing with boxy pantsuits paired with seductive bustiers. Miu Miu continued the Y2K-Gen Z love affair with maxi cropped blazers and miniskirts to match. While Schiaparelli designer Daniel Roseberry’s brilliant collection featured more traditionally masculine takes on pinstriped power suits and matching ties ready for the boardroom. The same masculine influences were seen in the cool ’80s-inspired ensembles at Louis Vuitton.

On the other hand it was designers Luke and Lucie Meier at Jil Sander who presented a chic sartorial lineup for the gentler dresser. Chiseled couture-like silhouettes in double-breasted jackets and coats, hourglass-shaped blazers paired with a miniskirt peeking out from underneath felt modern and chic. ”It is all about the elegance” said codesigner Lucie Meier backstage at their show about the exploration of silhouettes and tailoring this season.

For the lighthearted, vibrantly printed suits at Stella McCartney and Giorgio Armani injected a punch of energy into the trend, while the bright sartorial colors at Valentino and Gabriela Hearst ensured a fun business venture.