The five days of shows focused on the use of more indigenous textiles, craft and simpler cuts. 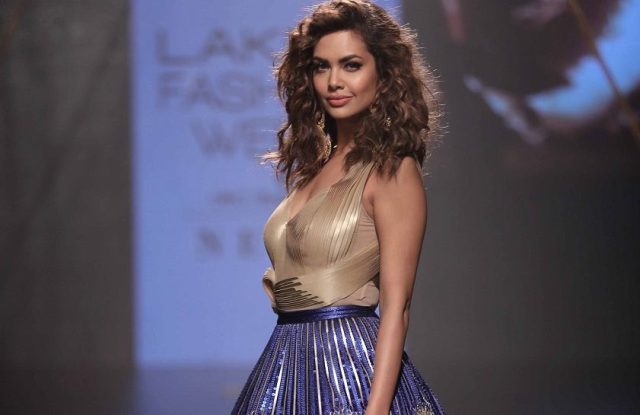 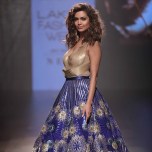 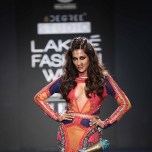 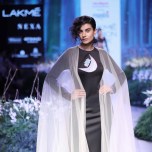 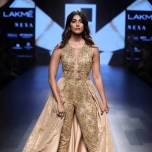 “Purity” was a high form of praise this season — the word referencing the use of more indigenous textiles, of craft, as well as simple cuts. Capturing this was Sanjay Garg, whose show at the opulent and refurbished Opera House was the opening day finale.

With the grandiose location, the scene was set for the days that followed – bringing a certain glamour to more socially responsible and organic concepts. Notable among these was the pairing of five master craftsmen with five young designers in a show called #CraftIsCool by Paramparik Karigar. As younger designers have been adopting Western silhouettes and more form-fitting fabrics, it was a nudge toward keeping tradition at the forefront.

Another interesting collaboration was between the Bihar-based organization Matr and the Australian company Because of Nature, working with the Indian fabric khadi. The handspun fabric has been taken up as a national cause by Prime Minister Narendra Modi, and as Kathryn Williams, founder of Because of Nature, told WWD, “It’s possible to read the emotions of the weaver as you see the fabric.” Using her own knowledge of organic dyeing, she has been creating more breathable outfits for the Australian market, and returned to showcase them in India.

Recyling held its own as well; designer Kriti Tula, founder and co-owner of Doodlage, had a series of designs made with upcycled garments using waste materials. “We use leftover fabric,” Tula explained. “What we do pretty much goes against the trend of fast fashion. Since the design is dependent on the material available at that time, each piece is one-of-a-kind. Hence the name Doodlage, which comes from the word doodle. Every doodle has its own character, much like the clothes we make.”

Also speaking up against fast fashion were representatives of the Fashion Revolution, associating with LFW for the first time.

Suki Dusanj-Lenz, country co-ordinator for Fashion Revolution India, said, “India has a massive recyclability culture which we must celebrate and encourage. Sustainable Fashion Day at the LFW brought many of them together.”

“We are saying that sustainability is not just a veneer,” said Gautam Vazirani, fashion curator of IMG Reliance. “The biggest designers are doing it and there are many designers who work solely on this basis. Craft has become a cool story.

“Our focus is to give a platform for anyone who works with sustainability. In India we are blessed that we have a huge number of indigenous artisans across the country who are environmentally and socially friendly. The idea is to make a bridge for the artisan with the mainstream industry and to make innovations which are contemporary and relevant for the consumers today, to contribute towards more holistic growth, create more aspirational pride for the artisans, reverse the migration and to open a whole new global market for the products they are making,” he said.

On the other end of the spectrum, bridal wear was bigger than before, replete with heavy embroidery and a resurgence of color, as seen in Amit Aggarwal’s bridal couture or Nachiket Barve’s foray into bridal wear, inspired by Greek goddesses.

Tugging at the heart strings was designer Narendra Kumar’s film, “The Marriage of Shayla Patel.” An emotional film focusing on love and family, it divided bridal wear into four parts, each signifying a color – beige, green, blue and red. As the film, which the designer directed, played in the background, models representing the characters walked the runway, showcasing designs for the entire family, making a social comment, and drawing more than a few tears for the relationships depicted.

There was an ongoing focus on wearability at LFW, as in Ujjwal Dubey’s play with contrasts and separates in the show by his brand Antar Agni, as well as the usual taste for the outlandish and fantastical, none more so than Manish Arora’s showing of his collection from Paris Fashion Week. The show in the Palladium mall featured models walking up and down the moving escalators.

Long jackets remained the biggest fashion statement this season, either embroidered to set off plain designs, with prints that worked over and set off the outfits below, or transparent jacket-coats with large embroidered borders.

On the more creative side, Sonakshi Raaj used PVC with embroidery. Her show featured musician Raghav Sachar playing the sax, guitar and flute as the models walked, with some lingering attention to her black dhoti-inspired sari with a matching crop top and PVC , and the sequined jumpsuit-gown in gold.

Manish Malhotra’s finale was his first play with black, and his collection titled “Tales of Indulgence” was his most sensual yet, one that encapsulated his description of  “a younger, global fashion-lover,” with corsets, crystals, sequins, tassels and glamour being key.