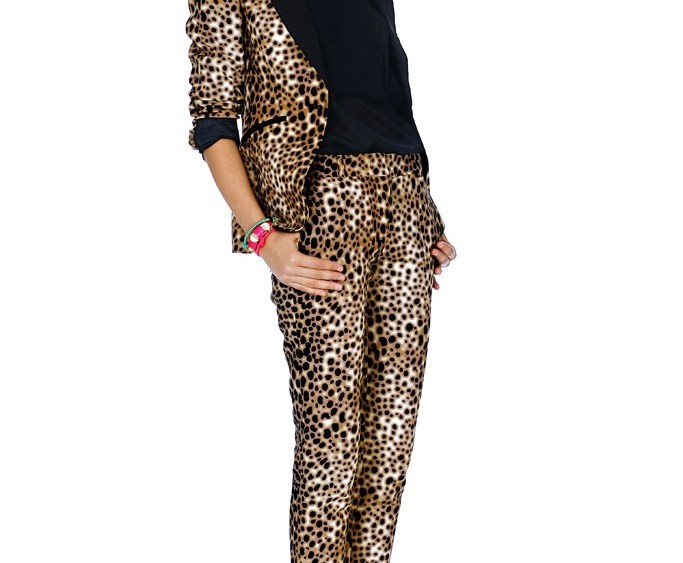 As Jackie Collins once said, “My weakness is wearing too much leopard print.” The unwavering penchant continues, with designers working the ubiquitous pattern into a multitude of great pieces.

“Season after season, we keep rolling out a different leopard. It seems like people wear it as a basic now. We have a showroom in Japan, and they demand it.”
— Sean Monahan, Sea co-designer

“Our girl is a little bit cool and very rock ’n’ roll. Leopard print is always the best way to express this. We always like to incorporate it in the range somehow, whether it’s in an intarsia knit, or in this case, with sequins. It’s become one of the most sought-after pieces in the range.”
— Gill Lawrence, Mad Love designer

“I think it’s a universal print. It just works on almost every person, so I don’t think it will ever go away. It’s like black.”
— Rebecca Minkoff

“Even when I get printed out, I love going to a leopard. There’s a classic sexiness to it, but it doesn’t mean trashy, and can be translated in so many different ways. It can go from punk rock to Upper East Side conservative.”
— Mara Hoffman

“Since the first shoot with Claudia Schiffer in 1988, animal print has been an integral part of the Guess brand, season after season, for 25 years. Animal is sexy, and it always will be.”
— Paul Marciano, Guess chief executive officer and creative director