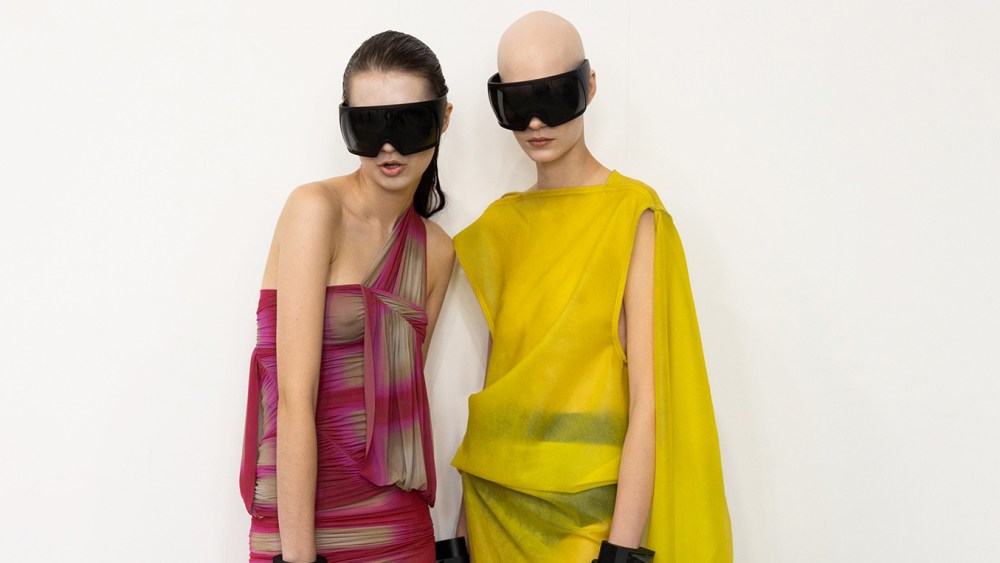 “We love the idea of ‘deconstructed grandeur,’ where sheer layers (ubiquitous across the collections) reveal corsetry and bustier construction in ways that feel distinctly modern,” said Moda Operandi’s April Hennig on the trends of the season. Bergdorf Goodman’s Linda Fargo called it “body-pride inspired dressing,” referring to the transparent layers and outward undergarments.

The Rick Owens show, a fashion-industry favorite, delivered some of the best sheer styles of the season. “Newer and completely seductive were his languid and revealing gowns with long trains; his giant tulle skirts, and his swishy chiffon trapeze tops, constructed with endless godets,” wrote WWD’s Miles Socha in his review.

“It’s a protest against conventional judgment. And this is what I have dedicated my life to,” Owens said backstage about the spring collection.

“It’s a rejection of conventional prettiness,” he continued. “I want to offer another option other than the narrow parameters that we’re stuck with.”

It was one of the most vibrant and beautiful protest collections in recent memory.

The Coperni show was the talk of the town thanks to that now-iconic spray-on dress on Bella Hadid (it generated $26.3 million in media impact), but the French designer pair also delivered a strong collection, hitting many of the season’s trends, including sheer looks.

“Stripping out all the sci-fi stuff, there were plenty of wearable clothes in the lineup, which checked this season’s trend for boudoir styles, with outfits like negligees pulled diagonally over one shoulder,” wrote Joelle Diderich in her review of the collection. Sheer tank-top dresses featuring asymetrical skirts and sensual transparent turtlenecks paired with baggy pinstriped work pants were great examples of the trend.

LaQuan Smith, one of the originators of the sheer fashion trend, presented a sexy collection full of transparent, playful looks with some daytime options and bright colors.

“What I really wanted to try to achieve this season was broadening my product categories,” Smith said backstage. “Obviously women come to me for sexy clothing for evening and cocktail, but I wanted to make it broader with daywear and still keep it funky and sexy and flashy.”