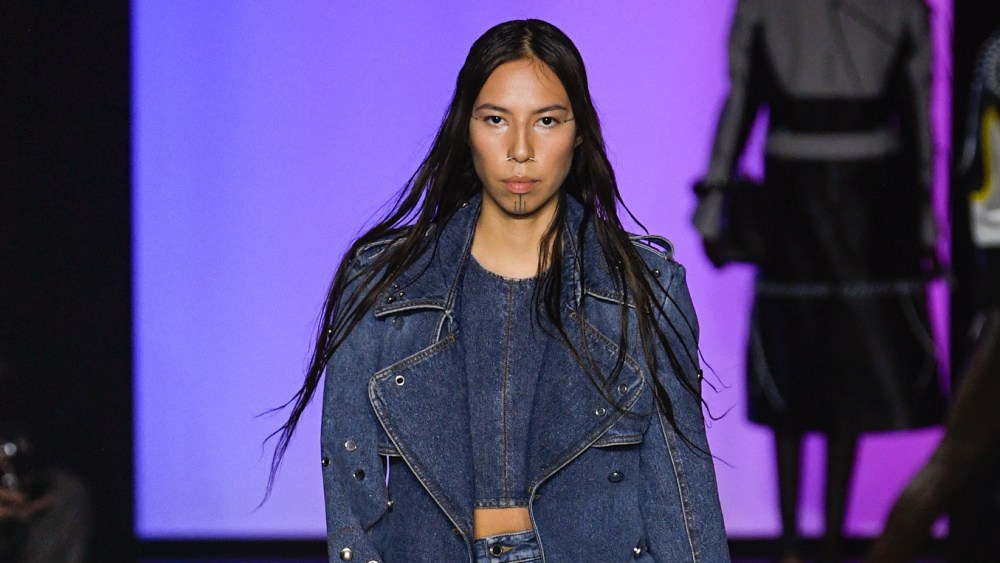 After the spring 2023 season, there is no doubt that runway denim is here to stay. Canadian tuxedos, utility cargo jeans and baggy styles referencing the early Aughts helped bring back denim’s casual cool factor.

Denim appeared in many collections across all fashion cities. Kate Moss walking the Bottega Veneta show in what it looked like a plaid flannel shirt and slouchy jeans officially rang the open season bell for chic-casual dressing. In reality, the casual aspect was only the aesthetic, as WWD’s Miles Socha discovered backstage after the show.

“It took a backstage scrum to learn that the very ordinary-looking basics that opened the display, like the plaid shirt and jeans on Moss, were all made of leather. ‘Perverse banality,’ designer Matthieu Blazy christened these items,” Socha wrote in his review.

But the message that the denim look is the casual-chic alternative for the spring season was clear.

Actual denim dominated everywhere, but nothing screamed denim fever like Diesel, where designer Glen Martins broke the world record by hosting a 5,000-person show. In an exclusive preview with WWD’s Sandra Salibian, the designer stressed his democratic vision to bring to Diesel to the masses.

With Y2K in mind, the collection continued to prove Martins’ masterful approach to denim construction and fabric manipulation. “Denim interwoven on organza and with a bleached effect offered a summery, romantic take on Diesel’s forte, with the technique replicated also on an indigo knit dress. Tulle was overlaid on denim coats and pencil skirts and ripped to create a new way of offering a distressed effect, which evolved in fully slashed looks as the lineup progressed,” Salibian wrote in the show review.

Blumarine brought the denim trend into its underwater fantasy, adding to “The Little Mermaid” trend of the season. Givenchy played with extra light washes and cargo pocket in the slouchy skater-girl style jeans, a leading cut of the season.