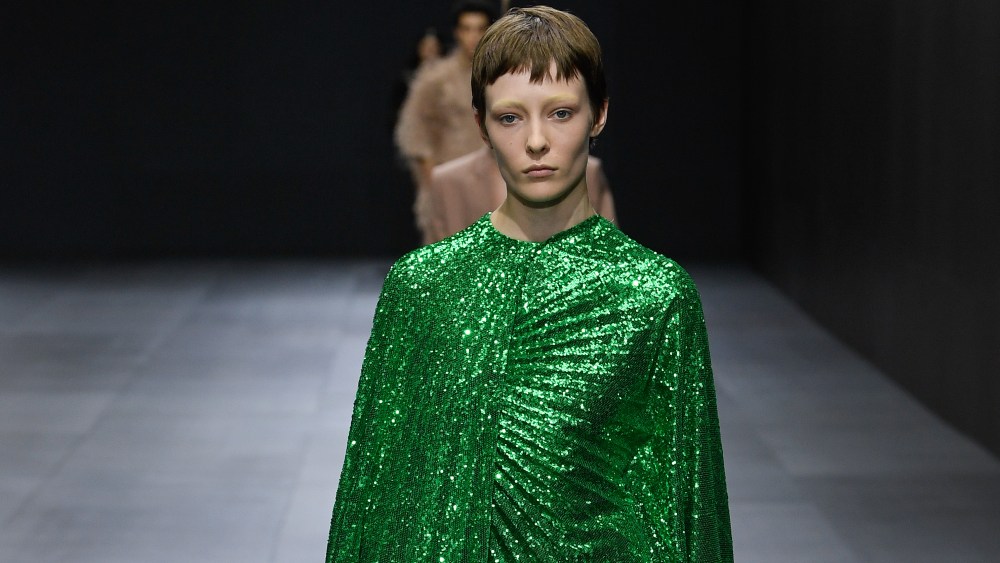 For the spring 2023 season, there was no shortage of shiny embellishments and metallic materials. Designers went from oversize sequins resembling fish scales, part of the “Little Mermaid” underwater fantasy trend, to gold and silver monochromatic dressing exuding a year-round holiday spirit.

While for most, the idea of allover sequin dressing might appear to be a move toward maximalism, in Piccioli’s case it was the opposite. “Piccioli stripped away all excess by using a single fabric for each look,” WWD’s Joelle Diderich wrote in her review of the show. “Piccioli’s idea of going back to essentials involved using a sequined or embroidered fabric from head to toe,” Diderich continued.

In an exclusive preview before the designer told WWD, “To me, minimalism means subtraction, and arriving to the purism.” It was pure glamour.

Retailers globally called out metallics and party dressing as key trends of the season in interviews with WWD. “Pent-up party dressing is still going out and strong with plenty of shining surfaces and high and higher heels,” said Bergdorf Goodman’s Linda Fargo.

“As we have seen throughout the other cities, interesting metallics continue to be a standout trend for the season, with Jil Sander’s incredible fabric developments — bouncy metallic chenille, silver sequins and high craft techniques,” Liane Wiggins, head of womenswear at Matchesfashion added.