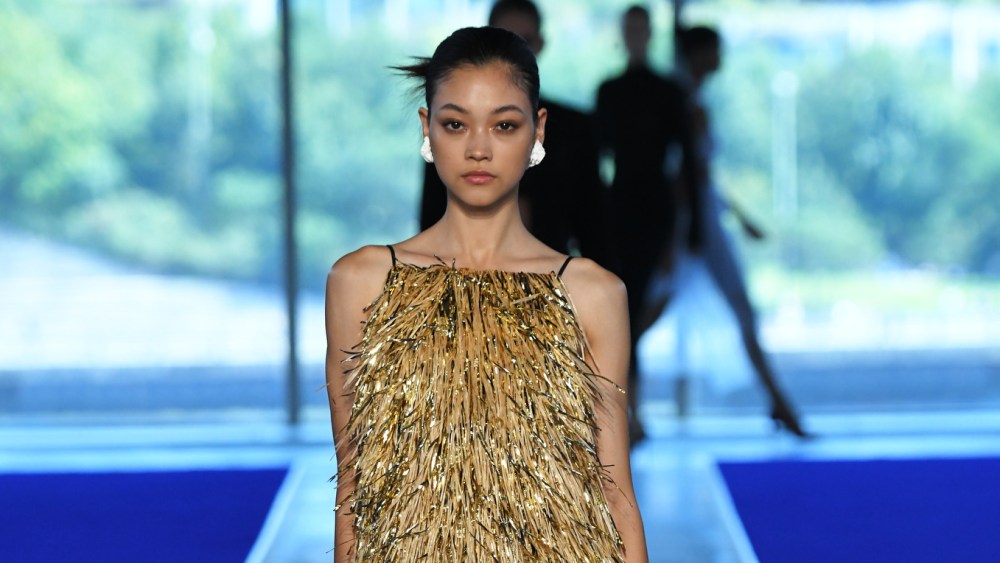 Once just a playful hemline favorite, fringes were elongated and used in allover styles.

Designer Kei Ninomiya for his “mystic force” Noir spring collection took tactile fabrics to whole new level with the use of ethereal feathers, mesh plastic tubes and a variety of ruched fabrics. “There were flurries of mesh tubes sprouting from under a cropped jacket; black flowers sprouting up and down from articulated stems attached to a corset that cinched a slimline coat; all manners of materials ruched, teased and curled into shapes not quite of our reality,” said WWD’s Lily Templeton in her review of the show.

For her debut on the Paris runway, Victoria Beckham presented a collection full of tactile embellishments, such as fringes and tassels, including clutches that made “models look as if they were carrying mop dogs,” wrote WWD west coast executive editor Booth Moore in her review. “The fringe fest continued on a black pointelle knit bodysuit and stirrup pants with a shimmying miniskirt, and on knit dresses with asymmetrical draped rows of the stuff.”

Undercover’s finale looks, four bulbous minidresses, presented yet another modern take on texture. “If you blurred your eyes, you might say they resembled a scarred tomato; a crumple of colored tin foil; a dandelion pappus dyed blue, and a rotting pumpkin,” wrote WWD’s international editor Miles Socha wrote in his review of the brand’s return to the Paris runways.