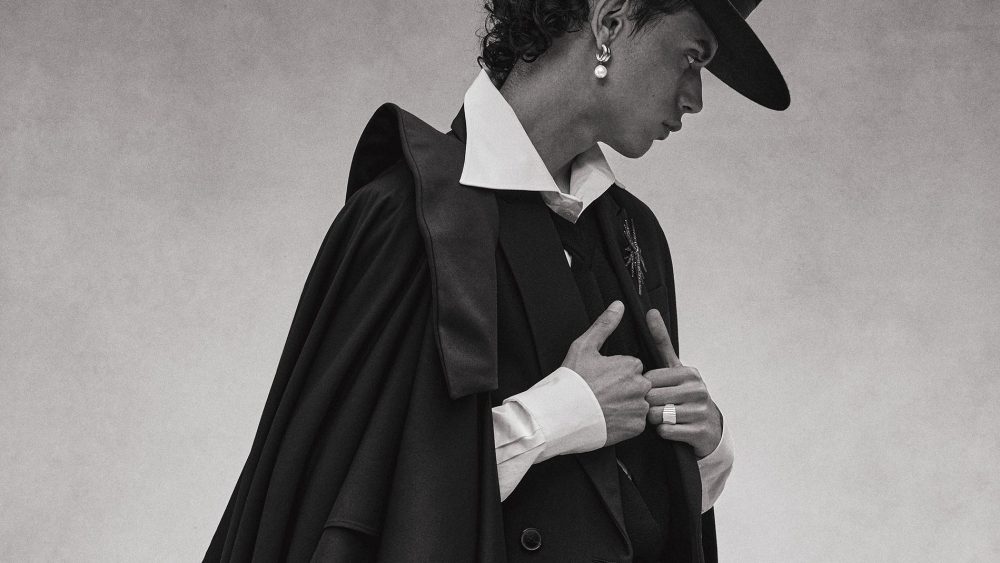 Men wearing suits. Groundbreaking, right? And yet, a return to sartorial elegance and classic dressing was the main message of the fall season and a welcome change after a long year of casual loungewear domination. Many will be grateful to hear, though, that comfort and coziness were not totally forgotten as designers made alternations for the times, including boxier silhouettes and looser pants.

With ease in mind, Alessandro Sartori developed a fall collection for Ermenegildo Zegna that married incredible formalwear techniques with comfort. Monochromatic deconstructed suits, ample coats and updated leisure ensembles all made of innovative cashmere jersey felt like the perfect compromise to enter the world again.

When it came to vintage influences, traditional examples included a ’70s white suit featuring a generous lapel on an Ami Blazer with a Umit Benan flared matching pant which read like a subtle homage to “Saturday Night Fever.” The black leather trench coat with the golden Fendi statement logo fasteners and power shoulders was pure ’80s fashion. At the other end of the vintage spectrum was Celine and its medieval French Renaissance-inspired show, featuring long black capes and high-neck, white frilled shirts. The shrunken pin-striped suits and Goth jewelry kept the medievalist trend grounded in the present.

It is clear that Hedi Slimane wanted his Celine men to be noticed, but he was not alone in this post-pandemic liberation movement. Virgil Abloh for Louis Vuitton took familiar silhouettes like suits and coats and supersized them to the extreme. A traditional top coat became an elongated floor-trailing head-turner. “I wanted to make clothes that were norm-core, but sort of amplify them, so that they became artisanal, or runway or editorial,” Abloh said of his fall collection.

Historically classic elegance in men’s wear was partly nurtured by military dressing and its extremely rigorous tailoring rules. Kim Jones, always a fan of uniforms, presented a fall collection for Dior full of glamorous admiral’s coats, dressier utility references and ceremonial military suits. “It’s dressing up because of the reaction against the times that we’re living,” Jones said, summing up the new reality.