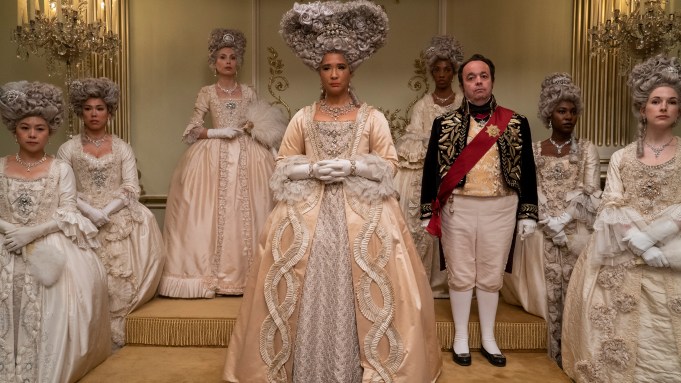 When it debuted on Netflix in December of 2020, “Bridgerton,” an adaptation of Julia Quinn’s romance novels of the same name, instantly became a cultural touchpoint as viewers confined to their couches binge-watched every episode.

With castles, Whartonian plotlines and historically accurate costumes, the show provided a much-needed escape away from pandemic doldrums.

The Emmy award-winning hit directed by Shonda Rhimes returned for season two last month, this time focusing on the eldest Bridgerton brother, Anthony, and his quest for love to fulfill his familial duty.

The show’s aesthetic influence continues to grip all consumer markets and is only heightened by the addition of “The Gilded Age,” HBO’s answer to the period drama phenomenon that recounts New York societal rifts between money old and new at the beginning of the 19th century.

The fashion industry, especially, has succumbed to the so-called “regencycore” look, which sees hyperfeminine and highly decorative styles reentering the zeitgeist.

Even the 2022 Met Gala, fashion’s biggest night, will get in on the action. On April 11, it was announced that the dress code for this year’s event is “Gilded Glamour.”

“Regencycore,” however, is not strictly relegated to formal balls. Empire-waist dresses, opera-length gloves, and bustle skirts may be a far cry from the casual streetwear with which we have grown accustomed, but with warm weather fast approaching, why not shed that tracksuit for something a bit more grand?

Dip a toe into “regencycore” with print and color: wallpaper florals and toile de jouy in a delicate pastel palette would be lovely for springtime escapades. To prevent being mistaken for a set extra, mix saccharine details like lace, bows, ruffles and puff sleeves with streamlined basics to give the look a contemporary twist.

Whether debuting at Bridgerton court or simply sitting courtside, here, WWD curates pieces sure to ravish.