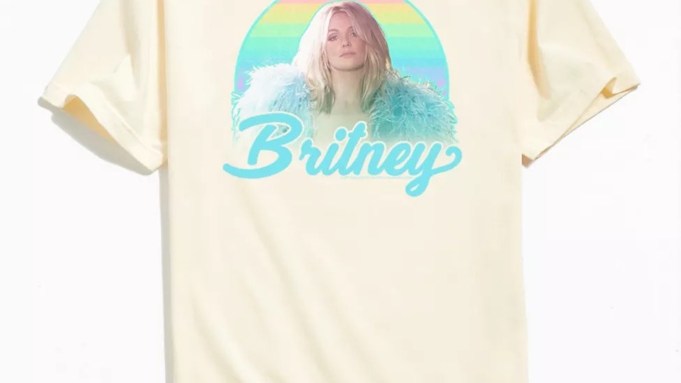 Over the past few seasons the resurgence of Y2K fashion in all of its bright, blinged-out glory has been almost impossible to ignore — and for good reason. As the industry prepares to launch into the metaverse, uncertainty about how high tech and high fashion will comingle is fueling nostalgia for the good ol’ days when humble flip phones and flip-flops ruled.

Milan in particular was bitten with the Y2K bug. There were fur chubbies at Fendi and body-con latex dresses at Versace, while Blumarine’s creative director Nicola Brognano emphasized an assortment of Barbie-esque handbags and logoed belts to compliment his ready-to-wear.

In Paris, Miu Miu’s miniskirts took a double turn for fall and spring. Chopped so short the pockets peeked through, they have a naivete that calls to mind school uniforms and have enjoyed a blitzkrieg of media attention. Recently they were seen out and about on a trifecta of the leading ladies of “Euphoria”: Hunter Schafer, Zendaya and Sydney Sweeney.

The hubbub around Y2K has much to do with celebrity: it is flashy and upbeat, making it catnip for photographers. It is also easily replicated. The trend trickled down into the contemporary market, allowing Gen Z to experiment with its codes. These so-called zoomers were mere infants in the early 2000s, but are feverishly taking to social platforms like TikTok and Instagram to pay tribute to icons of the decade through style.

What better way to show love for pop princess Britney Spears than with a fan T-shirt? Hoping to replicate Paris Hilton’s wardrobe from “The Simple Life”? Slip into Diesel’s ultra-low-rise jeans and pair them with Lucite sandals from Mach & Mach. Meanwhile, the Hervé Léger bandage dress, a hallmark of the 2000s red carpet, lives on as a more directional two-piece. Should this be the look of choice, make like a Kardashian and be sure to document it for posterity — or at least your Insta-followers.