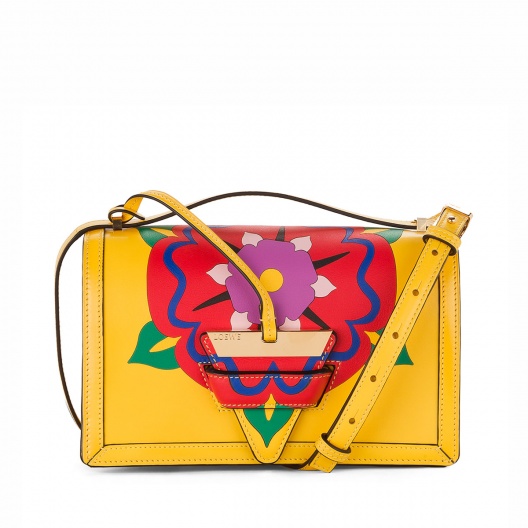 On Jan. 28, China and its diaspora will usher in the year of the rooster. As a critical and high-spending period in the Asian calendar thanks to the tradition of buying new clothes for oneself and bestowing gifts on loved ones, brands have long been producing special Chinese New Year themed products. In years past, that has almost always meant incorporating the animal for the year whether that is the snake, rabbit or the horse.

Though a large number of brands including Gucci, Bally and Louis Vuitton still went for the literal intepretation, sticking all variation of chanticleer motifs on items, some labels are opting to go in a more lowkey route this year.

A case in point is Nike, which released a limited edition of its Air Force 1 Ultra Low QS shoe for the holiday. Instead of the typical red and gold celebratory colors used annually, it features jadeite green stylings and the Chinese words for Nike printed on the back of the heels.

Representing power and wealth–officials in ancient times carried a jade pendant for protection and good luck–jade carries undoubted Chinese flair but allowed Nike chose to play up the connection with the shoe’s anniversary over the zodiac.

Indian jeweler Nirav Modi based his Chinese New Year capsule designs on the number eight, a perennially lucky symbol because it is a homonym for “prosper” in Chinese. It wanted its series of white gold pendants to be “subtle imagery,” the brand said, while still acknowledging the importance of the new year.

Using other auspicious motifs aside from the actual animal zodiac of each year helps products retain its appeal months or even years after the holiday has passed. Not to mention, wearing one’s zodiac animal is an easy giveaway to age, since each zodiac animal occurs once every 12 years. Asking someone’s zodiac has always been a roundabout tactic among Chinese speakers to figure out someone’s age.

“We’ve seen roosters everywhere, in all the windows. We wanted to be a bit more subtle than the ones who are using the rooster,” Delvaux’s artistic director Christina Zeller said. The Belgian luxury label  produced 240 bags for its Chinese New Year model, which gave a black and red coat to its signature Brillant purse.

Delvaux said it wasn’t just putting it in Asian stores but in the US and Europe too. While it could target traveling Chinese, Zeller said she believed the model was subtle enough to appeal to non-Asian customers.

Meanwhile, Armani and Balenciaga used detachable red Chinese charms to distinguish their special edition products, with the key advantage that once the holiday is over, the wearers could simply take it off and tote it like any other bag.