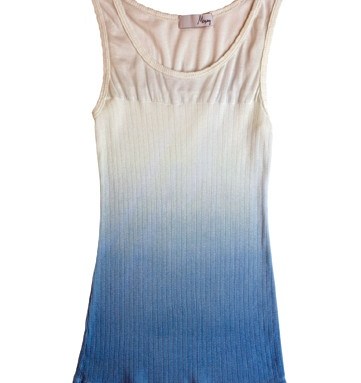 Following a swath of label launches in 2009, the intimates field has continued to sprout with designers, brands and licensees, as retailers crave innovative merchandise to beef up inventories — particularly after a year of slimming down.

Most of this year’s fledgling designers project wholesale volume for the first full year of between $250,000 and $500,000, and hope to gain entry at major department and specialty stores as they begin garnering orders at specialty boutiques and e-commerce sites.

WWD asked the latest crop of emerging designers what their motivation was in creating lines at a time when most companies are cutting costs and scaling back labels and assortments. Here is what several had to say.

Kelly Dooley, whose bodyrock sport contemporary sports bras retail from $44 to $94 in sizes XS to XL, says she started her own line when she couldn’t find a sports bra that was fun with a fashion twist — “a sports bra I could love.”

“I felt it was the time to act,” Dooley says. “If I didn’t run with this idea, someone else would have, which is something I would have regretted forever. My mom always told me that great achievement involves great risk, and I truly believe that as long as I have the perseverance to make this company thrive, the state of the economy is somewhat irrelevant. Starting BodyRock during a recession gave me the opportunity to establish fruitful relationships with local companies in the Garment District. My goal in starting BodyRock was to keep production domestic and to be able to ensure quality during a time where most companies are cutting corners. That adds value to my company.”

Kristian Giambi, designer of Brulee bodysuits, rompers, sleepwear and loungewear, says she chose intimates instead of ready-to-wear or sportswear design because she felt the “versatile market of intimates, and women like myself, who wish for these pieces, needed to be spoken to.”

Giambi, who is the wife of Major League Baseball player Jason Giambi, notes that aesthetics and wearability — not the economic climate — were the main factors in creating her collection. “As a frequent traveler, versatility is important to me, and I wasn’t finding the pieces I wanted,” she says. “Creating intimates doesn’t necessarily mean they go unseen. It was important to me to create a collection of versatile pieces that can be worn in the bedroom, the living room or out on the town.” Brulee retails from $36 to $178 in sizes XS to XL.

Anna Maria La Bianca, a bra, panty and swimwear specialist, has a simple outlook on start-up businesses and the economy: “Why not? It’s always a good time to start your own business, just like there is always a reason not to start your own business,” she says. “I can’t forecast what the economy will do in the next few months or even a year, but I know recessions don’t last forever. I believe it is important to seize the moment. That’s why I decided to launch my collection now and be ready when things start heating up. I found people more accessible, and the current environment allows you to fine-tune your operation.” Bras are available in sizes 32A to 38D, while panties come in S to L. Retail prices are $80 to $120.

“I don’t think I decided to launch in the recession; I just followed my passion and it brought me here,” explains Jenna Leigh, whose firm makes lingerie and intimates. “I don’t regret it. Just the opposite. It was the perfect time to start a lingerie business because lingerie has never been hotter. From TV to the runway and Lady Gaga, people are showing up on the streets in lingerie. Lingerie is on many publication covers, featured in music videos worldwide and used on the hottest TV series. It’s a scary time in the economy, but if you survive now, you have a business plan for life.” Bras come in sizes 32A to 36D, and lingerie, S to L. The retail range is $50 to $200.

“Second Base was and is a new idea and I wanted to strike while the iron was hot,” states Jennie Horn, founder and chief executive officer of the company, whose Demi Camis bandeau camis are designed to layer under the décolletage. “It has definitely been difficult. Even in the midrange, I think shoppers object to prices they thought were perfectly reasonable a year or two ago. The hope is that we as a company can gradually build our brand and be prepared when people are ready for quality garments again.” Sizes run from XS to 5X, and camis retail from $29 to $31.

Julie Zipperer, designer of Maxey active-inspired loungewear and sleepwear, says, “Maxey has been a dream of mine. When you have a dream or an idea, there will always be obstacles. Although the nation is going through a tough time — and the economy has become one of those obstacles — it doesn’t mean I am going to give up on my dream.” Size are S to L, and retail prices range from $40 to $96.