The New York store is meant to serve as a test run for future retail locations.

Heidi Zak is the cofounder and co-ceo of ThirdLove.

The San Francisco-based lingerie start-up’s first brick-and-mortar shop opens in New York’s SoHo neighborhood on Wednesday. But cofounders Heidi Zak and David Spector were onsite earlier in the week for a quick tour, even allowing a few eager shoppers in for a first look.

The digitally native brand has made a name for itself as the bra business for every woman. Now ThirdLove is moving into the physical space, promising to deliver a whole new type of shopping experience. One that includes adjustable lighting, digital measuring systems, three different types of dressing rooms and 78 bra sizes to choose from.

“It’s a choose-your-own-adventure in store,” Zak told WWD. “When you walk in, it’s not about one-size-fits all. It’s about, who are you? And what do you need? What kind of experience do you want?” 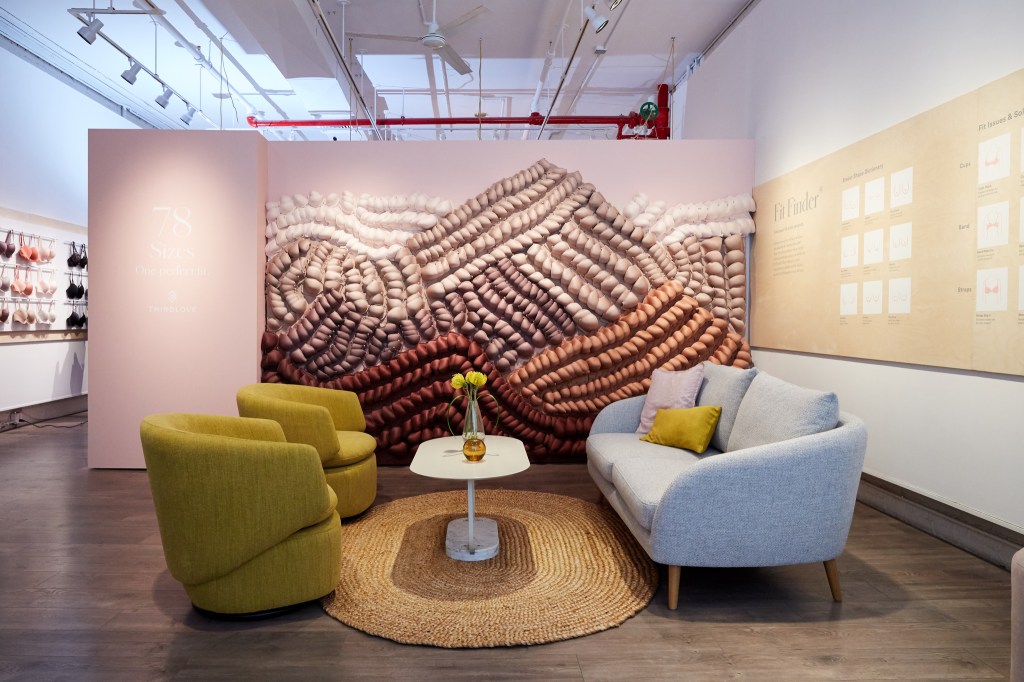 Visitors are greeted with more than 800 bras in varying skin tones plastered to the front wall. Shoppers find their size by taking the Fit Finder quiz by way of iPads at the front of the store.

The different types of dressing rooms allow shoppers to choose how much interaction they want with salespeople, Zak explained. The most private comes with two curtains as the back wall, with a secret shelf in the middle. Store associates can place products requested by customers on the shelf, making it so the shopper never has to be in her bra in front of another person during the try-on process. There are also traditional fitting rooms and ones big enough for two people, so the store associate can enter and help the shopper with fittings if desired.

On top of each fitting room is the ThirdLove “boob” logo, which flashes when shoppers press a button for help. Other lighting features include fitting rooms with adjustable day-to-twilight settings. Walls of the dressing rooms are painted in different hues of mauve and muted pinks. Zak, who serves as co-ceo, said the colors were selected because different shades flatter different skin tones.

But there are a few things missing from the store, such as hangers, which Zak said weren’t built for bras and underwear. “Now you can focus on the style, instead of racks of stuff,” she said.

Zak cofounded ThirdLove with her husband Spector in 2013 after being unable to find a bra that fit — and too embarrassed to go shopping for one. The online shop was meant to be the solution, a combination of comfort and convenience.

“Everything about the in-store experience, in my mind, was totally uncomfortable, totally overkill,” Zak said, regarding her prior experiences shopping for lingerie. “I was trying to get in and out as quickly as possible.” 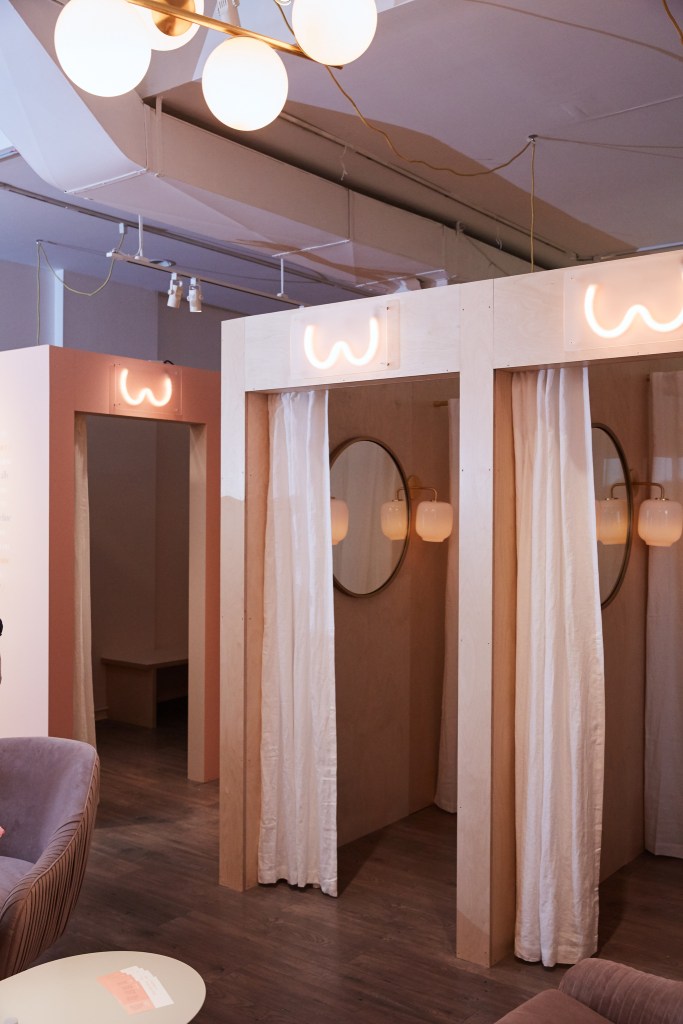 Right away, ThirdLove emerged as a brand with noticeable differences, such as the extensive size range, un-airbrushed models and lack of a plus-size section online or higher prices for different sizes. Zak said, regardless of the additional costs for producing larger sizes, her main priority is to make shoppers feel comfortable.

“When you start worrying about margins, there are a lot of other things that are wrong [with your company],” Zak said. “We wouldn’t feel great as a brand charging different prices. I mean, where do you draw the line?”

Amid the #MeToo Movement and era of inclusion and body positivity the brand quickly took off, attracting the attention of both consumers and investors. The private company raised an additional $55 million this year and is rumored to have had revenues of $100 million each year.

It also attracted the attention of competitors. Like Victoria’s Secret, the long-time market share leader in women’s intimates apparel.

Zak responded by taking out a full-page ad in The New York Times, responding to Razek’s remarks.

“We are flattered for the mention, but let me be clear: We may not have been a woman’s first love, but we will be her last,” Zak wrote. “ThirdLove is the antithesis of Victoria’s Secret.”

The beef between the two companies has made national headlines. Even so, in person, Zak is petite and mild-mannered. Donning a crisp white pantsuit and a simple gold-colored boob necklace — the ThirdLove logo — she talks about how ThirdLove does not cater to one body type or style.

“Comfort and fashion are not mutually exclusive. But the industry at large has positioned it as such,” Zak said. “In today’s offerings, some of the newer brands, including ThirdLove, are really able to give the customer both.” 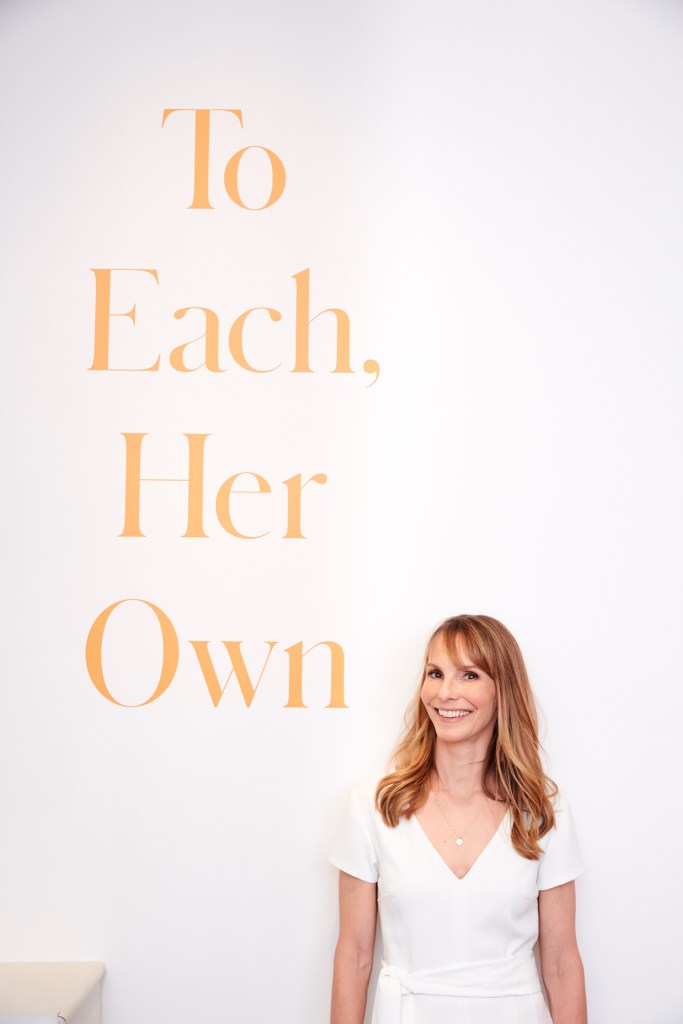 Heidi Zak is the cofounder and co-ceo of ThirdLove.  Masato Onoda/WWD

ThirdLove offers basic T-shirt bras, strapless and racerback versions, among other variations, and comes in 78 sizes, ranging from AA cups to I cups. Despite the extensive size range, Zak said the majority of bras are sold in C and D cups. Still, she said more styles are likely coming, but is tight-lipped about the details.

The temporary store, which is meant to serve as a test run for other retail locations, is slated to run through December, with the option to extend the lease.

“The in-store experience is actually similar to the digital experience,” Zak said. “It’s meant to be a comfortable shopping environment. That was really the genesis of the company.”