With the taping of the $12 million runway extravaganza just a few days away, WWD took a behind-the-scenes look at the barely there creations in the works. 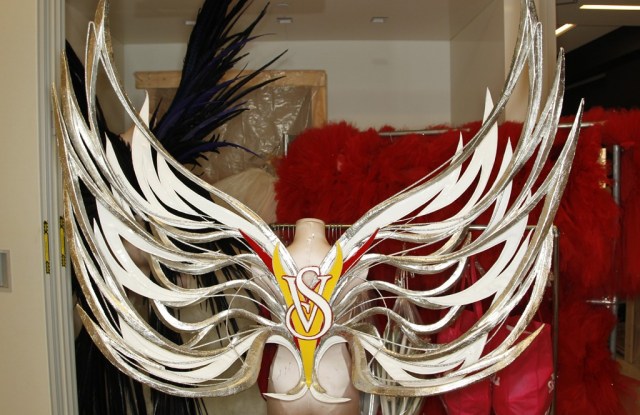 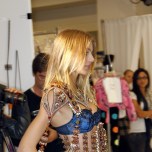 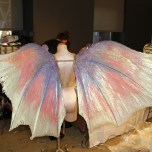 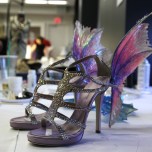 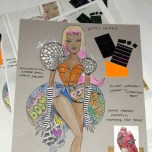 What do $12 million and 2 million Swarovski Elements get you? The Victoria’s Secret fashion show — and a whole lot of publicity, TV ratings and testosterone.

The show is like painting a bridge: Once it’s over, planning for the next one begins immediately. The work by the creative staff is a year-long affair and inspiration for this year’s event has been gleaned from global cultures and vintage films to Impressionist painters and looks on the ready-to-wear runways in Paris, Milan and New York.

This year, entertainment will include Kanye West, Maroon 5 and Nicki Minaj. The show will air Nov. 29 on CBS and on #CBS@VictoriasSecret.

The budget isn’t only for the entertainment and models, however, but also for the artisans who handcraft the costumes under the guidance of the show’s lead creators, Todd Thomas, Collection designer, and Sophia Neophitou-Apostolou, Collection creative designer.

The Victoria’s Secret offices in Manhattan were all aflutter with fittings for 38 models — including 15 newcomers to the show — all of whom will wear 69 costumes and 31 sets of Angel wings at the lingerie extravaganza to be staged Wednesday at the 69th Street Armory in New York. This year’s lineup will include Miranda Kerr, Alessandra Ambrosio, Adriana Lima, Doutzen Kroes, Candice Swanepoel, Erin Heatherton, Lily Aldridge and Lindsay Ellingson.

Themes for the show will include Ballet, Super Angels, Passion Play, Angels Aquatic, I Put a Spell on You, and Club Pink.

Swarovski Elements is teaming up with Victoria’s Secret for the ninth straight year and will feature 2 million Swarovski crystals on Angel wings, custom-made lingerie pieces, stockings, and glistening footwear by Giuseppe Zanotti. A highlight of the show will be a set of 23-karat gold-plated antique copper Passion Play Fan Wings weighing 22 pounds and featuring 105,000 Swarovski crystals. Inspired by an opulent jewel box, the Passion Play Fan Wings as well as other Swarovski lingerie and accessories confections are designed by Jenny Manik Mercian, who’s been creating the “crystal couture looks with wings” for seven years at her studio in Sydney.

“It’s wonderful because I’ve been given so much creative freedom in the design process from both Swarovski and Victoria’s Secret. I can go into this ultimate fantasy world,” said Manik Mercian.

Thomas, who was adjusting the wings of a model for the Super Angels scene, described the production as having an “epic quality” akin to a Broadway show.

“The process is long and you have to stay on schedule.…There are peaks and valleys. It can be beautiful, whimsical and dreamy at the beginning, then dark and mysterious. The Club Pink ending is youthful and vibrant,” explained Thomas. “We are pleased to be working with 15 more girls because it brings a new vitality to the show.…We work in a land of pure fantasy and with the best artisans in the world whether they are artists or beaders.”

Neophitou-Apostolou’s take on the Ballet scene is Degas-inspired with “fragile looking dancers in repose.”

“Definitely not ‘Black Swan,’” she said.

She added that the idea behind the I Put a Spell on You segment is influenced by the diverse culture of New Orleans, Antebellum, voodoo and “Pretty Baby,” the controversial 1978 film starring a pre-teen Brooke Shields.

Monica Mitro, executive vice president of communications and events for Victoria’s Secret and executive producer of the show, said financing the production has come a long way.