The action sports industry is trying to cater to an older, savvier customer who inhabits the void between juniors and contemporary sportswear. 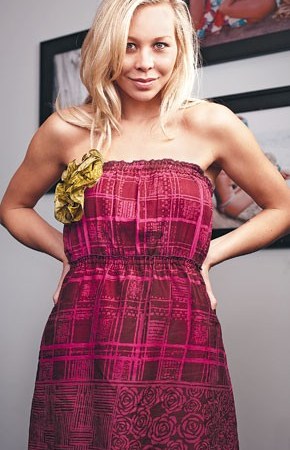 LOS ANGELES — The action sports industry is trying to cater to an older, savvier customer who inhabits the void between juniors and contemporary sportswear.

Quiksilver, Matix and Billabong are marketing higher-priced labels that exude a streetwise vibe with attention to better fabrics and stylistic details that would be out of reach for the price-conscious customers of their core businesses. All the labels hope to move beyond skate, surf and snow retailers and land their wares in boutiques.

Unlike its junior label Roxy, Quiksilver’s new venture, which is launching this fall with 91 styles, will be sold under the parent brand to a young contemporary customer. Matix offers only 10 styles in its secondary line called White Label. Billabong’s Designer’s Closet label makes its first shipment of eight styles for the summer season in April.

The customer is personified by actress Sanoe Lake, a Hawaiian surfer girl who lives in this sprawling metropolis, promotes her movies at the Sundance Film Festival, sits in the front row at Los Angeles Fashion Week and needs a wardrobe to match her lifestyle. Billabong hired her as a spokesmodel to introduce Designer’s Closet.

Lake has her pick of a leotard prettified with raw-edge ruffles, high-waisted jeans that make her legs look flatteringly long, a silk scarf shimmering in a rainbow of Lurex stripes and a strapless dress printed with a wacky combination of hand-drawn roses and bicycle tire marks.

It is “stuff that I can mix and match to wear when I go to a red-carpet event or go out,” Lake said. A fan of BCBG, Marc Jacobs and Chanel accessories, she said Designer’s Closet reminds her of a high-end fashion line without the hindering prices. “It has that expensive look to it.”

Action sports labels have taken more cues in recent years from high-end designers and contemporary labels to boost their style quotient amid heightened competition in the junior market. For instance, Hurley evoked Balenciaga with its shrunken fleece blazer accented with candy cane-colored piping, while Rvca squeezed gams into legging-like pants only a couple of seasons after Jet and The Row did.

What differentiates the latest ventures by Billabong, Matix and Quiksilver is that the new labels also can serve as laboratories for edgy silhouettes and textiles that eventually will trickle down to their more mainstream core grouping.

At Matix, designer Tanya Corrao reworked a popular satin shift printed in a pixilated rose pattern with architectural peaks for sleeves from White Label’s current spring collection for next year’s main line. While the silhouette will remain the same, she will incorporate lower-priced fabrics to make it “a little more available for everyone,” she said. She’s also trying to tweak a bamboo-cotton sweater embroidered with giant pickaxes across the chest from White Label’s coming fall collection for the main line.

White Label’s prices run at least 20 percent higher than the main group’s. Since joining Matix last year as senior designer overseeing the main line and White Label, Corrao said the mandate from her bosses was: “Don’t worry about price point. Pick the fabrics and trims and materials you want and try it.”

With a name signifying a white canvas on which Corrao can freely experiment, White Label is “a designer’s dream,” she said.

For Quiksilver’s young contemporary line, the signature style motif is a French seam running down the back of sweaters and short-sleeve hoodies. Often used in couture sewing on sheer fabrics that tend to unravel, the French seam is an anomaly in the surf world that has been dominated by teen customers.

For a more sophisticated shopper, Quiksilver offers a silk-blend sweater with wide cuffs and a keyhole exposing the left shoulder, Bermuda shorts glistening with metallic pinstripes, organic cotton T-shirts and sleeveless blouses adorned with a big bow at the neck.

“We are filling a void,” said Steve Ellingson, Quiksilver’s vice president of sales. Though the young contemporary line will cost over 20 percent more than Roxy, “it’s a step up in quality,” he said.

Erin McPherrin, a buyer at E Street Denim in Highland Park, Ill., doesn’t mind the prices, which are capped at less than $200 at retail. Having ordered a broad selection of Ts, wide-leg trousers, cropped ankle pants and vests for the back-to-school season, she liked that the styling departed from Quiksilver’s roots at the beach while retaining an L.A. look.

“It represented a modern, hip lifestyle and we always wanted to bring it to the Midwest,” she said, noting that E Street carries 500 lines, including Free People, BB Dakota and Ella Moss, and would be interested in checking out the new lines from other action sports labels. “It’s a different look than [Quiksilver’s] surf and skateboard wear.”

The action sports labels must step outside their comfort zone because the trends are changing so fast — as are their customers.

“We’re definitely evolving with our customer, for sure, as they become fashion-savvy,” said Mandy Robinson, Billabong’s design director who oversees the core brand and Designer’s Closet, which has four designers.

While the target customer for Billabong’s main line is an 18-year-old heading to college, Designer’s Closet aims to reach a woman in her early twenties who loves nightlife. Among the items that Robinson said she would never dream of including in Billabong’s main line are a leotard, high-waisted jeans and houndstooth-printed leggings. She said Designer’s Closet will include swimsuits in next spring’s lineup. “The customer is looking for more.”

As Sanoe Lake can attest, Billabong has come a long way. Six years ago, after her debut in the surfer chick-flick “Blue Crush” with Kate Bosworth, Billabong recruited Lake to be a spokesmodel and member of its sponsored surf team. As part of the endorsement, she was allowed to raid Billabong’s warehouse in Southern California for free clothes. All she found were “T-shirts and boardshorts and weird-fitting tops,” she recalled.

With her toffee-tone skin, light green eyes and striking mix of German, Japanese, Hawaiian and Chinese heritage, Lake represented Billabong’s ideal of a bohemian girl who loves to surf. Now 28 and married to musician Michael Eaton, Lake can’t wait to get more pieces from Designer’s Closet.

“It’s a lot more fashion-forward,” Lake said. “This is just so my style. I don’t like to work too hard to look good.”