Aerie Aims to Be $3 Billion Brand

Aerie is expanding its swimwear assortment to include sustainable swimsuits.

Aerie’s Jennifer Foyle continues to stretch the limits of the lingerie business.

The intimates firm’s global brand president has been reimagining what it means to be in the bra and underwear business for the last decade, adding a diverse array of models, leading the bralette trend and skipping the digital touch-ups of photos. And it’s paying off.

At a time when other innerwear brands are struggling, Aerie, which falls under the American Eagle Outfitters umbrella, is crushing the competition. Comparable sales at the brand jumped 20 percent last year. That’s on top of a 29 percent gain the year before. Aerie is now on track to top $1 billion in revenues this year.

“I have a lot of faith that we can see growth beyond a billion dollars,” Foyle told WWD. “We’re really capturing a lot of fast-paced growth right now. We definitely have our sights set on this $1 billion mark, which we should be hitting this number pretty soon. And then we’re going to target more. We’re going to target a $3 billion brand.”

Aerie is the second largest e-commerce lingerie retailer, second only to marketshare leader Victoria’s Secret, according to the NPD Group. In 2018, Victoria’s Secret had 24 percent of the U.S. women’s intimate apparel industry, according to market research firm Euromonitor International. Aerie, by comparison, had 3 percent the same year, up from 2 percent in 2017. 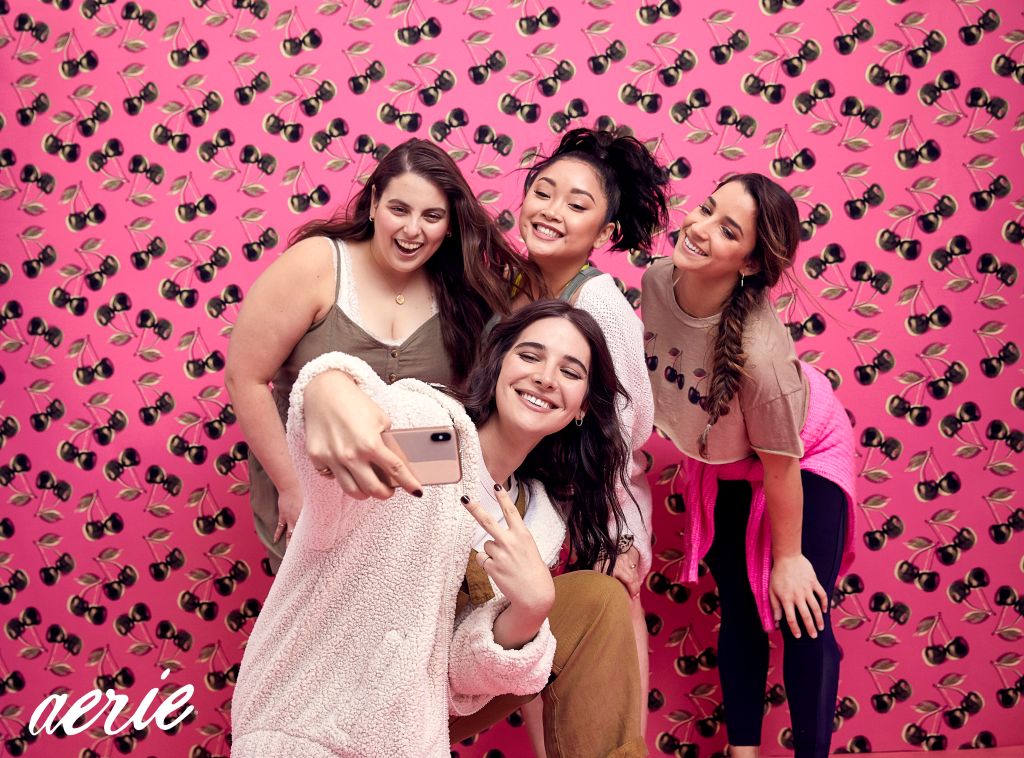 The formula entails growing both the store fleet and the brand’s digital presence, which Foyle said creates a halo effect, prompting shoppers to spend more online at a later date.

“Our digital business represents 45 percent of the sales and we’re really able to leverage an omnichannel perspective and promotional environment,” Foyle said.

Last year Aerie opened 60 new stores — a mix of stand-alone stores and American Eagle-Aerie side-by-sides, bringing the total number of Aerie stores to 332. This year, the brand has plans to open about another 60.

“We still have a lot of markets to cover,” Foyle said. “There’s still a lot [of white space] to be had here and a lot of customers that we need to introduce into Aerie.”

But she added that it was important for Aerie to be strategic about its plans. That means moving into the most lucrative markets, optimizing each store’s square footage and obtaining flexible lease deals.

“There are some markets that we know we have to expand in,” Foyle said. “We have a lot of access to AE’s numbers across the company. It’s really just strategically accessing our competition, using a lot of the American Eagle metrics, as we share a fairly high percentage of the same customers. And looking at our digital numbers so that we can understand what markets are in higher demand.”

That includes places like Colorado and California. In addition, the demand in some Texas markets has led to plans to convert a handful of side-by-side stores into stand-alone Aerie units.

“The nice thing is that the mall owners are welcoming Aerie; we’re actually bringing traffic to the malls,” Foyle said. “So it’s really nice to see that turnaround and it’s really enabled us to have more flexible leases and agility, so we can manage the portfolio better.”

Robert Madore, American Eagle Outfitters executive vice president and chief financial officer, told analysts on Wednesday evening’s conference call that the average store lease at the end of 2019 was 3.6 years and that more than half of the store leases at malls rated c-level will expire in 2020.

“We will continue to prioritize the best strategic locations,” Madore said. “These include top-performing malls with positive traffic trends, attractive co-tenancies and favorable economics, and additional locations in strong omnichannel trading markets. At the same time, we will continue to close nonstrategic and unprofitable stores.”

Foyle added that Aerie’s growth plans will likely taper off after 2020.

“We want to grow, but we want to grow with really smart intentions,” she said. “We don’t want to just oversaturate stores.”

Aerie’s growth story includes the successful AerieReal campaign, which was launched in 2014. At the time, the campaign, which omits airbrushing of its models, featured only one “role model,” British model Iskra Lawrence. Six years later, the campaign now has 13 role models and Aerie will host its first AerieReal Summit in New York City later this month. The one-day event will include the role models, Aerie executives and about 300 members of the Aerie community, along with activations, panel discussions and musical performances. Proceeds from tickets will go toward the National Eating Disorders Association.

In addition, Foyle said Aerie will continue to grow into new categories in the coming year. (The latest was a line of sustainable swimwear launched this year.) Foyle said more product expansions are coming, but was tight-lipped about the details.

“Our community is dying to get into our brand more and more every day,” she said. “We have our sights on [$3 billion] and we’ll be creating strategies and assortment ideas and newness and surprises as we move along so that we can really keep this exciting brand and growth rate going.”