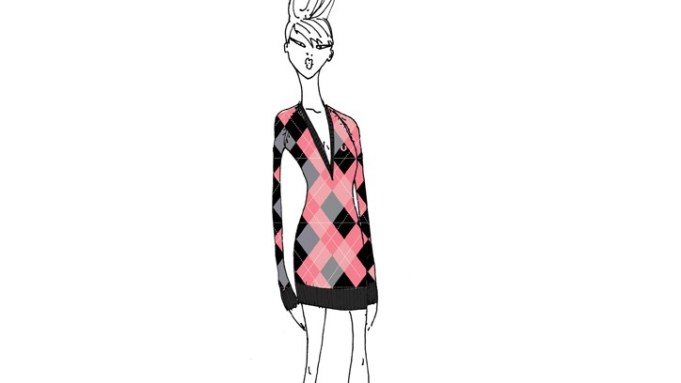 She may be off the grid with her music career at the moment, but Amy Winehouse is putting herself back on the map in fashion. The singer, 26, is launching a clothing collection in collaboration with British label Fred Perry, to make its debut in stores in October.

“Amy has been wearing Fred Perry for years, so we were aware she was a genuine fan of the brand,” said Richard Martin, Fred Perry’s marketing director, of the initial pursuit of Winehouse for the design gig. “Amy has a unique sense of style that reflects the brand’s own historical reference points.”

Started 58 years ago as a sportswear collection by tennis icon Fred Perry, the company also has a history of aligning with music stars — such as Paul Weller and Damon Albarn — which has helped grow the label into a more mainstream, musician-favored streetwear brand. And the cheeky-retro look of Winehouse’s line is a style Winehouse herself worked to attention-grabbing effect when she was hitting the red carpet frequently two years ago.

“She is a loyal fan of classic Fred Perry product, so that is what the designs were focused on developing,” said Martin.

In a palette of mostly black and pink, the 17-piece collection includes a girlish twinset; slim, thigh-skimming pencil skirts; capri pants, a mini bowling dress, and Fred Perry’s signature polo shirts (“collars are most definitely raised,” the press release effused). The collection, which will wholesale for between about $32 and $150, will continue over four seasons and be sold in Fred Perry Authentic boutiques as well as through select wholesalers globally.

Winehouse, who was the inspiration behind Karl Lagerfeld’s December 2007 Chanel show (“She’s a style icon,” Lagerfeld said at the time), has been missing from the party circuit of late. She is more often in the news for legal and medical crises than for her music or precarious hairstyles. Yet the Fred Perry team was very satisfied with the singer’s hands-on approach to the design process.

“We had three major design meetings where she was closely involved in product style selection and the application of fabric, color and styling details,” said Martin. He added that pieces such as gingham shirts and the Heritage jacket, another label classic, are the foundation of the lineup. On those items, “Amy gave crucial input on proportion, color and fit,” Martin said. “The range clearly has Amy’s handwriting.”