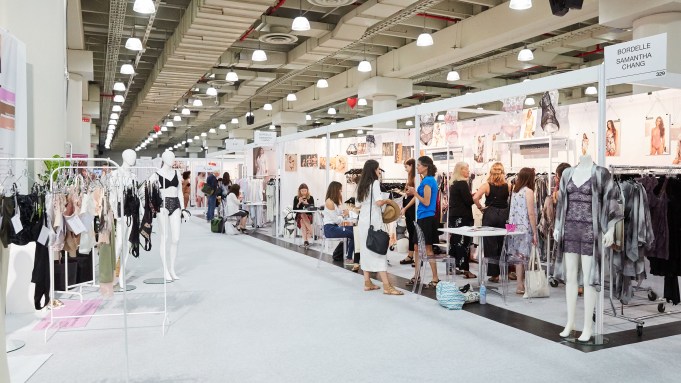 Customers want it all, according to brands and retailers at Curve New York, which took place at the Jacob K. Javits Convention Center last week in New York.

The prevailing theme is that shoppers want to feel comfortable, but still feel supported and fashionable. Brands are fulfilling this demand by creating unfussy bras, underwear and lingerie that is basic, but special.

Elila, a plus-size intimates brand, showed a molded, strapless longline bra that didn’t have any exterior seams, a bra with tulip embroidery, and a bra made from stretch lace. Elila’s collection retails around $50 to $80.

“We are growing the assortment little by little and making more fashion pieces,” said Elila’s founder Ellen Jacobson. “Retailers want pieces that are going to appeal to a younger demographic who is in need of support.”

In terms of retailers bringing more plus-size items in-store, Jacobson said because retail real estate is such a premium, many buyers are keeping these styles online and asking Elila, which doesn’t sell directly, to drop ship, which she believes is positive for both parties.

“It limits liabilities,” said Jacobson. “They won’t be stuck with inventory and we won’t have any margin pressures.”

Curvy Couture, which targets customers with fuller busts, is expanding its wholesale operations. Summer Rose, who heads up PR and marketing for the brand, said Curvy Couture is also doing well with Dia&Co, a plus-size subscription box, and CoEdition, a plus-size e-commerce site.

According to Rose, its strapless Sensation bra is a best-seller — it goes up to 42h — and its skin-tone range, which will be expanding, is doing well. Front closure is one of the most searched terms on its site and Curvy Couture has responded by making its popular Tulip bra with a double front closure for added stability. On the fashion side, they’ve introduced a garter belt. Curvy Couture’s collection ranges from around $20 to $70.

“We are trying to slowly introduce fashion and function. We aren’t going to just jump into bodysuits,” said Rose.

Jessica Pfister, the vice president of Le Mystère, said newness is selling and thanks to its brand ambassadors installed at various department stores, customers are able to discover new product and receive personalized customer service. Pfister said they are seeing a big shift from shoppers wanting molded, T-shirt bras to unlined molded bras that are lightweight but still supportive.

Le Mystère introduced Second Skin, an unlined bra with center pull straps for added support that retails for $62, the Light Luxury line, which includes a spacer bra, and a cut and sew bra that retail for $68. Pfister said technology has improved spacer bras, which are now less crunchy and more pliable. Le Mystère is also making a big push into panties with its Infinite Comfort livingwear range that features four different silhouettes (a hipster, brief, thong and bikini that retail for $15 or three for $39), along with a bralette that’s priced at $48 and a layering camisole, a first for Le Mystère, made from a four-way stretch microfiber that retails for $34.

Flora Backer, the founder of Rya, is also offering customers comfort, but in her own, feminine way. Backer is known for her chemises, rompers, robes, capes and slips adorned with ruffles and embroidery, but this season she worked with more knits. She used a viscose and rayon fabric for loungewear along with a milk-fiber, protein-based textile for other lounge separates.

“The message is, how can you take it to the next level where it is still comfy and cozy but elevated,” said Backer. “And with milk fiber, there is a focus on wellness at retail and I think buyers are interested in that.”

New to the tradeshow was Sock it to Me, which is expanding into underwear with a body-inclusive assortment of printed underwear, ModCloth, which is wholesaling its swimwear for the first time, and Undress Code, a line of innerwear as outerwear bodysuits and lingerie that’s sold at Galleries Lafayette.

While activewear was dominant at previous CurveNY shows, the swimwear category has become more prevalent. Lonely, a hip lingerie brand based in New Zealand, showed retro-inspired swimwear coming in flocked fabrics. On the innerwear side, they presented bamboo cotton, everyday bra and underwear sets. Lonely’s collection ranges from $34 to $80.

According to Rebecca Lee, the assistant buyer at Azaleas, a specialty lingerie and swim boutique with locations in the East and West Villages, business has been really good and she attributes that to its variety of swimwear, which is lacking in downtown retail. As far as trends, Lee said high-cut is still trending and customers are looking for wireless bras for fuller cups that are supportive. She highlighted Hello Beautiful and DSTM as brands she liked.