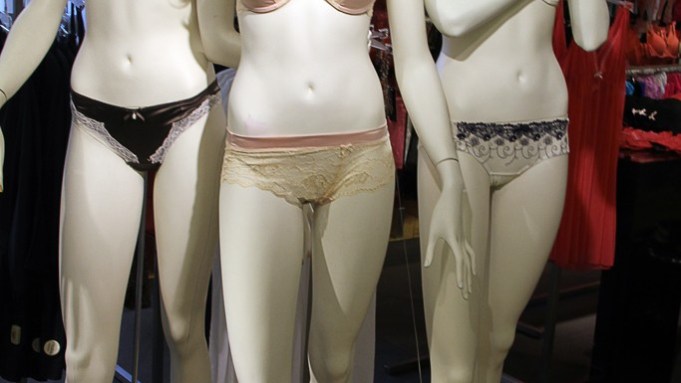 Lingerie is one of Carson Kressley’s favorite fashion items.

That was apparent at a recent Champagne launch of upscale Blush Lingerie at Bloomingdale’s SoHo, where Kressley advised shoppers how to power up their wardrobes with undergarments.

Kressley — who bounded to fame giving sartorially challenged men fashion “make-betters” on the Bravo show “Queer Eye for the Straight Guy” and Lifetime’s “How to Look Good Naked” — kicked off the event by reading lively tweets from Twitter followers who were asked, “What makes you blush?”

“For me, it’s cute boys & high heels (not together!)” tweeted Andrea Wytich@stylemeblog.

Figlehokus@Figlehokus sent this awkward tweet: “Responded to an ad asking if I like Pina Coladas and get caught in the rain to find out it was my old lady.”

Lindsay@Lindsography tweeted, “For me…it would be each every (frequent) Freudian Slip that ends up as a penis reference.”

Kressley, who is known for his off-color jokes while hosting events such as the innerwear industry’s Femmy Awards in February, now had the full attention of shoppers on the Bloomingdale’s lingerie floor.

“When I did ‘How to Look Good Naked’ I worked with a lot of foundations. If you have the right undergarments you can look good in your clothes all day…You want to feel confident and sexy, and a sexy bra will make you feel confident,” explained Kressley, as a model appeared in a sheer blouse worn over a sexy-looking push-up bra by Blush.

Meanwhile, Kressley said he is working on two new projects: a collection of ready-to-wear bearing his name that will be sold on Shop NBC beginning April 26, and a new nightclub act called “Dancing with the Stars Las Vegas.”

“I’ll be hosting the show which will run April 14 to July 7 at the newly renovated Tropicana in Las Vegas. It will feature celebs from past ‘Dancing with the Stars’ seasons, and I’ll be the host,” said Kressley, who also was a competitor on the last season of the show.