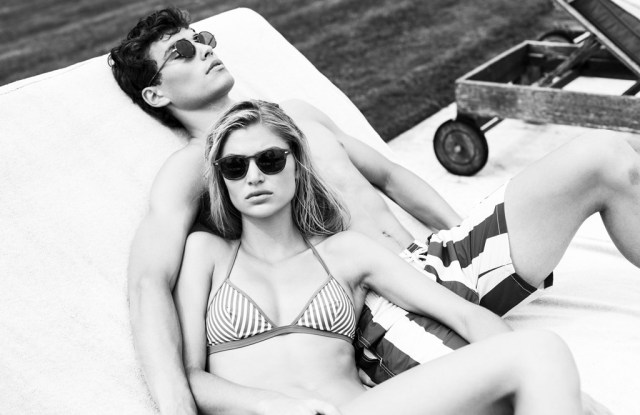 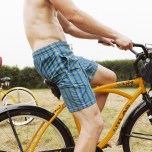 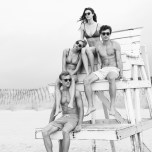 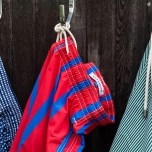 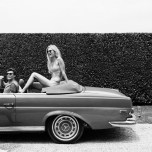 J. Christopher Burch, the founder of C. Wonder, has acquired a stake in Solid & Striped, a contemporary swimwear brand launched last year by Isaac Ross. As the name suggests, the young label focuses on classic solid and striped swim styles in trim fits, with a corresponding resort-oriented sportswear line launching next fall. The New York-based company started with men’s and is expanding into women’s this spring.

“I always invest in people and concepts. [Ross] is smart and talented and has a clear idea of what he wants to do. He understands the culture and the customer,” said Burch of his investment. “The apparel industry is one of the toughest industries around — it’s very difficult to succeed in — but I think Isaac has the qualities to do so.”

Solid & Striped is currently stocked in around 40 stores, with key accounts including Scoop, Ron Herman, Fivestory, Tenet, Atrium, Confederacy and Unis. Hotel shops are a key segment of the business, including those in The Beverly Hills Hotel; The Breakers in Palm Beach, Fla.; The Standard in Miami, and the Four Seasons in Maui, Hawaii.

“The idea is to create a resort brand that is timeless and classic,” said Ross, 27. “I’m excited to partner with Christopher because he’s a great mentor. He empowers you to do what you’re good at.”

Both parties declined to divulge the size of Burch’s investment beyond characterizing it as a “significant minority stake.” With the Burch investment, which was finalized on Monday, Ross is aiming to grow distribution, expand internationally and improve the company’s e-commerce site.

The sportswear component will launch in stores next fall, with retailers getting their first look in February at the Project show in Las Vegas. For men, there will be a small capsule line of woven shirts, knits, sweatshirts, shorts and T-shirts. The women’s designs include knits, a French terry pullover, a romper, a beach dress and shorts.

On the women’s assortments, Ross is collaborating with Morgan Curtis, who is the daughter of designer Jill Stuart and is the designer of her own lingerie label called Morgan Lane. Ross and Curtis were friends and classmates as undergraduates at Cornell University.

Ross originally launched Solid & Striped out of his home in Los Angeles. “It was a one-man show. Now I have three full-time employees,” said Ross, who worked at the William Morris Endeavor talent agency and the M&C Saatchi advertising agency prior to founding his company. Earlier this fall, he opened a design and showroom space in New York’s Garment District.

Ross sources his fabrics from Italy, France and Spain, and manufactures in a swimwear factory in Casablanca, Morocco.

Burch said he planned to remain hands-off from the operations of Solid & Striped but would be available for big-picture strategy.

The stake in Solid & Striped is the latest in a broad and diverse portfolio of brands held by Burch Creative Capital, Burch’s investment vehicle. BCC, which is 100 percent held by Burch, has majority ownership of C. Wonder, Monika Chiang, the office products brand Poppin, wireless charging innovator Powermat, the Indonesian island resort of Nihiwatu and the new fashion label Trademark, which was founded by two of Burch’s daughters, Alexandra and Louisa.

The Monika Chiang business is in the midst of a restructuring, having closed its Los Angeles flagship in October, and is refocusing the product assortments away from apparel and toward shoes and accessories. The Monika Chiang store in New York remains open.

Other BCC investments include more than 30 minority stakes in fashion-focused companies like Vaunte and Bib & Tuck; technology and electronics makers such as Jawbone and Gunnar, and enterprise and energy companies like Joule and PCH International.

Burch retains a stake in Tory Burch, the fast-growing fashion brand he cofounded with his ex-wife. A fashion brand conceived with the publicist Kelly Cutrone, called Electric Love Army, has long been on the drawing board, and Burch said he expects it to launch in the next nine to 12 months.