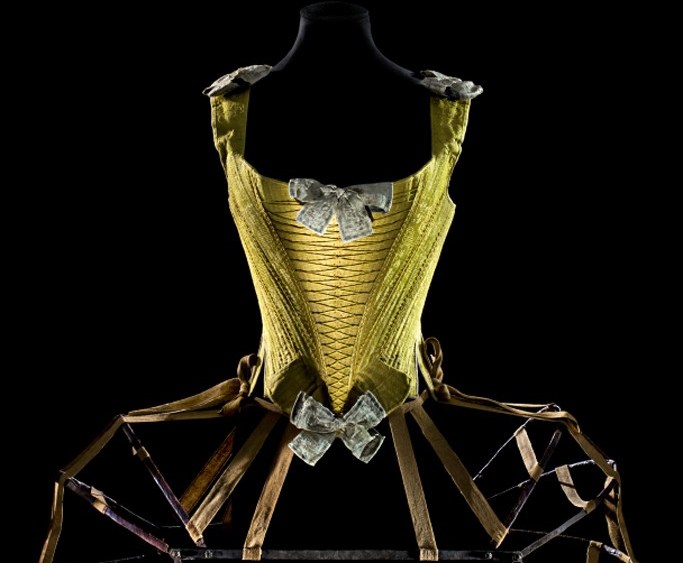 The body has always been defined by social and economic restraints.

This is the premise of Denis Bruna, curator of the exhibition titled “The Mechanics of Underwear” at Les Arts Décoratifs museum in Paris, who makes that point by retracing six centuries of shaping the body.

The exhibition, which opened this month and is organized chronologically over two floors, showcases more than 200 pieces, including bodices, panniers and corsets.

“The 18th and 19th centuries were the two structuring ones,” Bruna explained. “The aristocracy stood out through rectitude, stiffness and verticality,” he said. “A very narrow waistline was designed to exalt the bosom.”

But the elaborate innerwear construction wasn’t forgotten. Contemporary designers like Thierry Mugler, Rei Kawakubo for Comme des Garçons and Jean Paul Gaultier have been inspired by the earlier period, using corsetry, hoops and springs in their creations.

Contemporary underwear is included in the expo as well. Bruna noted the comeback of girdles, returning in the guise of “shapewear” or “smart underwear.”

Men have also been subject to orthopedics, as proven by the advertising for so-called kangaroo and “push-up” briefs.

The tour culminates in a fitting room, where visitors can try on replicas of panniers, faux-cul (bustles) and crinolines and visualize their silhouettes in a mirror.