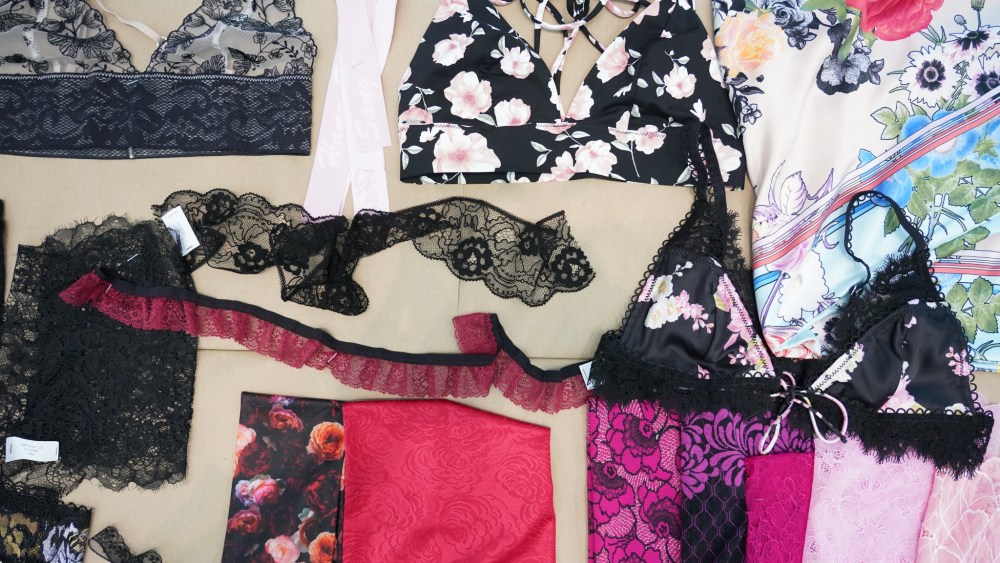 Ath-leisure has affected nearly every realm of fashion. Consumers prioritize comfort when constructing their wardrobes⁠ — even in innerwear.

It started with the bralette trend in 2015. Women in search of comfort were ditching their underwires. As the #MeToo Movement picked up steam a few years later, the trend continued. More and more women were determined to buy clothes⁠ — especially lingerie⁠ — that was functional and comfortable; the opposite of bras and panties designed for the male gaze.

Add to that the explosion of the inclusivity movement, with brands offering a wider range of sizes and skin tones. The effect was a muting of the lingerie color wheel. Vibrant reds were replaced with softer shades of pale pinks and purples in simplistic styles, as can be seen in ads for brands like ThirdLove, American Eagle Outfitters’ Aerie and True & Co.

But then something happened. Shoppers realized the options were basic. In the world of innerwear, pale pinks and baby-blue hues dominated the assortment.

Now fashion — along with comfort — is staging a comeback in the intimates industry. And a lot of it has to do with the effects of streetwear.

“The number-one trend I’m seeing in lingerie is the influence of streetwear, where lingerie crosses over into ath-leisure wear and becomes more comfortable, but still sexy,” Jos Berry, founder and chief executive officer of Concepts Paris, a fashion design and consultancy group, told WWD. “You see people talking more and more about technologies and ways of wearing lingerie so that it blends in. It blends in with what we can wear on the streets; what people wear under a jacket and see a little bit of lace. You see the bodysuit coming back as an important part of the wardrobe.”

Berry was in New York for Interfiliere New York, a lingerie, swim and activewear trade show that also travels to Shanghai, Paris and Hong Kong. But the veteran fashionista said the trend can be seen around the world, from the women who work for her in the French capital donning fashionable bras over their dress shirts to the innerwear-as-outerwear trend seen on the streets of cities like New York and Los Angeles. Then there’s the sexy lace bra peeking through a backless top. Or, even the gym-to-swim-to-street trend, where shoppers want a bra that can take them from one place to the next, serving multiple functions along the way. Commando, SheFit and L Brands’ Pink are just some of the labels doing this.

Influences from sports and beachwear have ushered in new silhouettes to the intimates category, Berry said. So have things like flowers and lace and other elements found in nature. The result is underwear that has a more dressed-up feel, but is still “delightful to wear,” Berry said.

“Where sport meets lingerie you can make the most beautiful, very, very high-tech modern designs,” she said. “It’s quite interesting. What I especially like is how suddenly the classifications start to mix.

“People in the traditional lingerie industry are starting to ease up a bit,” Berry continued. “Before they were very shocked with the crossover. Because they had an intimates barometer and they found that easy [to follow]. And now suddenly, all kinds of different scales have arrived, crossing over with beach, crossing over with innerwear. Suddenly, the way we used to do it, the way we used to wear it, we are completely changing. We are reinventing lingerie.”

Berry counted the For Love & Lemons collaboration with Victoria’s Secret and Natori’s lace bras as some of her favorite brands embracing the trend. There are also details like wider bands that make bras look more fashionable.

“The popularity of brands like Natori — which is number two in the luxury market right now — is representative of shifting consumer habits in the U.S. that is paving the way for a variety of more sophisticated brands to flourish,” said Raphael Camp, chief executive officer of Eurovet Americas, a trade show organizer for the intimates and swimwear industries.

At Interfiliere, Berry had a pair of pajama pants in tow that were heavily influenced by streetwear, with graphical elements like bold vertical stripes and neon colors.

“These pajama pants, with a little black shirt or tank top, you can wear in the streets,” Berry said. “A typical lingerie color would be a pale pink with baby blue roses, for instance. You would not wear it on the streets.”

Even more interesting is that fashionable, yet comfortable bras are in seemingly short supply as the comfort movement continues to accelerate, according to Guido Campello, co-owner of lingerie shop Journelle.

“What’s so crazy is that we went to all these trade shows and all these customers they all say, ‘We can’t find this, underwire bras, on the market,'” said Campello, who has also served as co-ceo of Cosabella since 2003. (His mother Valeria Campello, founded Cosabella in 1983.) “Underwire bras are really the trend that’s coming back.”

He added that much like streetwear, lingerie is able to speak to a specific demographic or style. Like the professional woman, or the sporty girl.

But it’s more than that.

The lingerie start-up’s web site, which was recently acquired by Wacoal, is filled with everyday bras, bralettes and sports bras in shades of toasty almond and black.

Then last winter, Lively introduced a triangle mesh bra in emerald green. Grant said it was an instant hit, selling out in two weeks and every subsequent reorder.

“Who needs a bra in emerald green?” Grant said. “But all of these women wanted it to the point where they were buying it in April for a September ship date. Even now, the style continues to sell out. It’s the same thing with mustard and sage green.”

Meanwhile, the gym-to-swim, or lingerie-to-gym, swim-to-street trends are also disrupting the market. Women want one bra that’s versatile. That means designers and manufacturers need to create pieces with dual features and technologies that are also aesthetically pleasing.

“You can’t wear two bras at the same time,” Berry said. “We know now, for a lot of women in the world, especially here in America, a sports bra is an everyday bra now.”

That’s good news for companies like Lululemon that are creating performance bras that are also everyday bras with cup sizes.

“But it’s a very dangerous development,” Berry said. “The danger comes from, and where victims will follow, is where sports bra [makers] have discovered fashion. In a certain way, that’s an enormous competitor [to traditional bra makers.]”

In the end, Berry said it all comes down to what women want from their lingerie: “Comfort, lightweight, easy-to-wear, beautiful to look at and adapted to the woman of today.”