This year's gala included dinner, dancing and a surprise appearance by Cyndi Lauper at Manhattan's Cipriani 42. 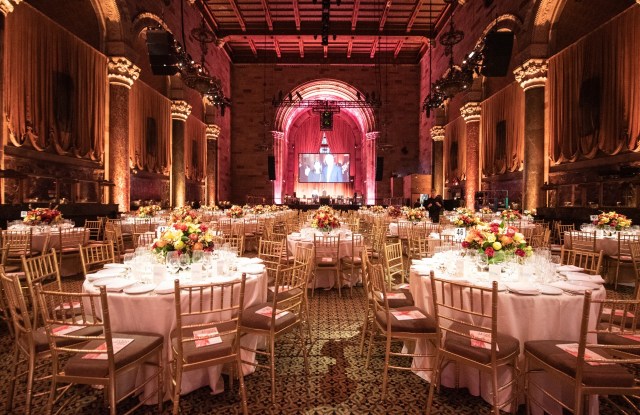 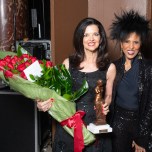 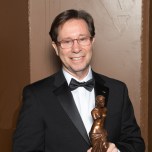 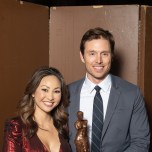 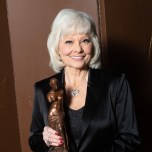 NEW YORK — The talk turned to unmentionables earlier this week at Manhattan’s Cipriani 42.

Names such as Soma, Wacoal, Komar, Commando and Journelle were part of the conversation. So was Walmart, Smart & Sexy Lingerie, trade show organizer Eurovet, a handful of students from New York’s Fashion Institute of Technology, bra model Dorothy Galligan, singer, songwriter Nona Hendryx and pop icon Cyndi Lauper, all of whom gather at the posh Midtown locale in their fanciest attire for the 62nd annual Femmy Awards.

Guests sipped prosecco, nippled on the three-course meal and listened to jazz as they gossiped about the bra and underwear industry. But not everyone admitted to being a fan of the innerwear world.

“I burnt my training bra when I was a young girl,” Lauper told WWD. “I didn’t wear bras for years. And then, as I started to perform onstage, I realized I was bouncing all over the place. I realized I needed one.” (These days she prefers Cosabella and Natori bras.)

“Every woman knows that the proper undergarment makes the outfit,” Lauper added. “And now all these men are coming up to me [at the event], telling me that they’ve been in ladies underwear for years.”

The singer came with her friend Hendryx, who emceed the event organized by the Underfashion Club, a nonprofit that supports all things in the intimates apparel industry. The Femmy Awards, perhaps the group’s biggest event of the year, honors outstanding companies and brands in the community.

This year’s honors went to Walmart for retailer of the year, Tommy John for brand of the year and Soma for best innovation. Galligan was recognized as industry icon and Robert Vitale, chief executive officer of Wacoal America, was given the Lifetime Achievement Award after four decades in the industry.

“What could be a greater honor than to be awarded for a lifetime of work by your peers?” said Vitale, who will officially leave his post as ceo of Wacoal America next month. (He’ll remain on the board of Lively, the direct-to-consumer brand Wacoal America acquired last summer.) “It’s really exciting and humbling,” Vitale said.

Husband-and-wife team and Tommy John cofounders Tom Patterson and Erin Fujimoto were dressed to the nines as they accepted their award. (But Fujimoto admitted to donning Tommy John loungewear earlier in the day.)

“I think it’s surreal to be recognized by the industry,” Fujimoto said. “It’s something that we did not expect as a brand. But it’s nice after nearly 12 years of work to be recognized. It really means a lot for a smaller brand like us.”

“We’re thrilled to be here,” Praag said. “This industry is all about women. So we’re just happy to be honored and celebrating our great year with our team.”

Camille Block, executive vice president of the Underfashion Club, said about 650 people attended this year’s event, slightly less than last year because of the coronavirus in China.

“But the vibe is always happy,” Block said. “Everyone is excited to be here.”

The night included an impromptu vocal performance by Hendryx, Lauper and Guido Campello, co-ceo of Cosabella and co-owner of lingerie boutique Journelle. After dinner, guests danced to sounds by Ja-Tun and Kenny Simmons. Proceeds from the event go toward supporting scholarships, grants and internships for students aspiring to work in the intimates apparel industry.

“The intimate apparel industry is like no other industry,” said Commando founder Kerry O’Brien, who came down from her home base in Vermont for the Femmys and planned to stay for fashion week.

“We all, I really feel, have friendly competition,” O’Brien said. “We all like to see each other succeed, because the whole industry is changing so significantly in a very positive way. There’s more attention to this industry now more than ever and rightly so. It’s about time.”