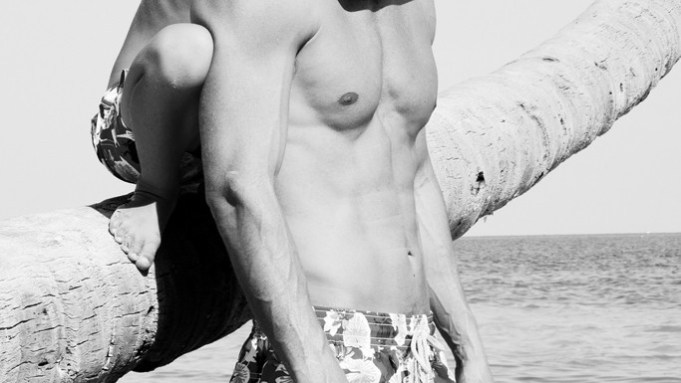 In addition, the agreement stipulates contingent future payments of up to 22.5 million euros ($27.9 million) based upon set performance objectives over the three years ending Dec. 31, 2015, which could make the total deal worth up to $134.1 million.

“An opportunity to acquire a preeminent luxury brand such as Vilebrequin does not happen very often. Vilebrequin sets a global standard for excellence and commands exceptional loyalty at a premium price in each of its markets,” said Morris Goldfarb, chairman and chief executive officer of G-III Apparel Group. “We believe that this brand is very powerful and expect to add more retail locations throughout the world, as well as develop the business beyond its heritage in men’s swimwear, accessories and resort-wear.”

Last year, Vilebrequin rang up sales of 45.1 million euros, or $55.9 million, with a substantial majority derived from the U.S. and Europe. There are currently 185 freestanding Vilebrequin stores and shops-in-shop around the world, with 60 owned and 125 franchised. France is the brand’s largest market, with 20 company-owned stores, followed by the U.S. with 16 stores and Italy with 13 stores.

G-III declined to divulge a figure for Vilebrequin’s earnings before interest, taxes, depreciation and amortization. However, Wayne Miller, chief operating officer at G-III, said the business was “profitable, with great operating margins.”

The acquisition is expected to be neutral to G-III’s net income per share for the current fiscal year ending Jan. 31, 2013, excluding acquisition and integration expenses.

Roland Herlory, most recently managing director of Hermès in charge of the Latin America and Caribbean territories, will join Vilebrequin as chief executive officer on Sept. 1. Herlory, a 23-year veteran of Hermès, will relocate from St. Barth’s to Geneva.

Christian Blanckaert, chairman of the board of Petit Bateau and a board member of Moncler, will join Vilebrequin as chairman of its newly established advisory board. Blanckaert was previously executive vice president of Hermès International and president of the Comité Colbert.

Adu Advaney, the cofounder of Mexx who cofounded Fashion Fund I in 2006, has joined the advisory board as vice chairman. Ashish Sensarma, who has been chief operating officer of Vilebrequin under its ownership by Fashion Fund I, is staying on for the transitional period and will exit the company in the fall.

Herlory plans to grow the retail footprint, expand the product offerings and move the brand into women’s. “Women come to the stores to buy for the men. Women’s is a key territory that we have to develop,” he noted. Currently, about 95 percent of sales is in men’s, with a small women’s business available only in Europe. About 85 percent of sales are in swimwear, with a small assortment of tops, hats and sunglasses in the product mix.

The Vilebrequin business is concentrated in its own stores, with less than a quarter of sales from wholesale. In the U.S., the brand is carried at Saks Fifth Avenue, Nordstrom and Barneys New York. Vilebrequin men’s swim trunks, known for their bold yet whimsical prints, retail for about $220 to $260 in the U.S.

Asia is underpenetrated, with two owned stores in Hong Kong and one in Macau. “Asia is virgin territory and ripe for development, for sure,” said Herlory. Latin America is similarly underdeveloped, with franchise locations only in Mexico and Brazil.

Analyst Eric Beder of Brean Murray, Carret & Co. called the deal a positive in that it adds an international owned brand to the G-III portfolio, which is heavily concentrated in domestic licensed brands, particularly outerwear. “The biggest complaint with G-III is that they don’t control their own destiny,” he noted of the business model. “Their [owned] Andrew Marc brand has been a big success for them. It’s a high-margin business, and it’s allowed them to lever their retail structure. They have expertise in running stores, and they can use that for Vilebrequin.”

G-III owns the Andrew Marc, Marc New York and Marc Moto labels. It holds an array of fashion licenses in outerwear, dresses and sportswear, including Calvin Klein, Sean John, Kenneth Cole, Jessica Simpson, Guess, Ellen Tracy, Cole Haan, Kensie and Mac & Jac, among others. In sport categories, G-III has licenses with the NFL, Major League Baseball, the NHL and more than 100 colleges and universities. The company operates outlet stores under the Wilsons Leather and Andrew Marc names and has a joint venture for footwear and accessories outlet stores under the Vince Camuto brand. In November, G-III entered a license for Calvin Klein Performance apparel in the U.S. and Asia.

Beder called the $106.2 million purchase price for Vilebrequin “aggressive on the face of it,” considering its limited size. “G-III didn’t buy it to be static. The price is for what they plan to do with it, which is make it a worldwide men’s and women’s lifestyle brand and take it to the next level,” he pointed out. “Vilebrequin is a small brand, but it’s very well known in the luxury arena.”

Vilebrequin was founded in 1971 in Saint-Tropez by Fred Prysquel, who is no longer with the company. Designer Isabel de Brito, who goes by Zaza de Brito, has designed the line for the past 15 years and will remain the creative head of the company.

While G-III’s core outerwear business is weighted to the fall and winter, Miller said the company had not specifically sought out a swimwear brand as a counterbalance. The deal was originally brought to G-III by the investment bank Barclays last year.

The cash portion of the Vilebrequin purchase was funded by an expanded $450 million bank facility, which increased from a previous $300 million facility held by G-III. The five-year syndicated loan agreement is with a group of lenders led by J.P. Morgan Chase and includes Bank of America, HSBC Bank USA and Wells Fargo. The expanded borrowing capabilities will also fund working capital to support the growth of Vilebrequin.

“Our strong balance sheet and superior access to capital continue to support our strategic plan to grow and diversify our business on a global scale,” said Goldfarb.