Cosabella co-ceo Guido Campello and his wife Sapna Palep, a dermatologist, have acquired the company.

Journelle is getting a makeover.

The lingerie company quietly changed ownership over the summer when it was acquired by Cosabella co-chief executive officer and creative director Guido Campello and his wife Sapna Palep.

But instead of merging the two brands, the duo plans to continue operating Journelle as its own entity — with a few updates.

That includes incorporating Palep’s expertise as a board certified dermatologist into the fold.

“It’s such a big market for solution-based lingerie and nobody is really doing that,” Palep told WWD. 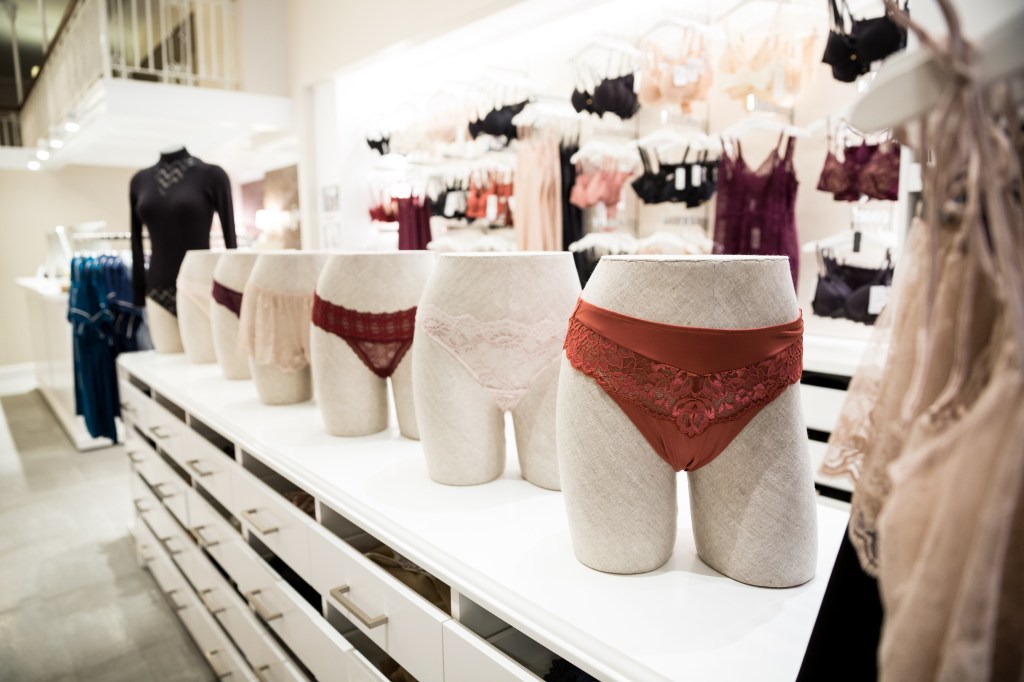 Inside a Journelle store in New York.  Courtesy Photo

Palep, a practicing dermatologist with three offices in New York, said she sees a lot of women with inflammatory skin conditions — some that could be remedied with better fitting innerwear.

“Sometimes things are cutting in at the wrong place. Also, the fit in the elastic band can make a big difference. Even gusset sizing,” she said, referring to the piece of fabric in the crotch of underwear and tights. “Women all have a different gusset size.

“I think gusset sizing is a big unmentionable, because to tell a woman she has a larger gusset size has to be done very carefully,” Palep continued. “Someone might not even realize it. There are a lot of things people don’t even realize are a problem. They come in repeatedly to me and they’re like, ‘I just need to change my underwear? Really, that’s it?’ But there’s no lingerie that you can find that’s for larger gussets. That doesn’t exist. It’s something that I would like to see happen. It’s all about innovation and diversification.”

Campello added that his wife’s day job means “she’s pretty much a census” to what’s trending in the lingerie world at any given moment. 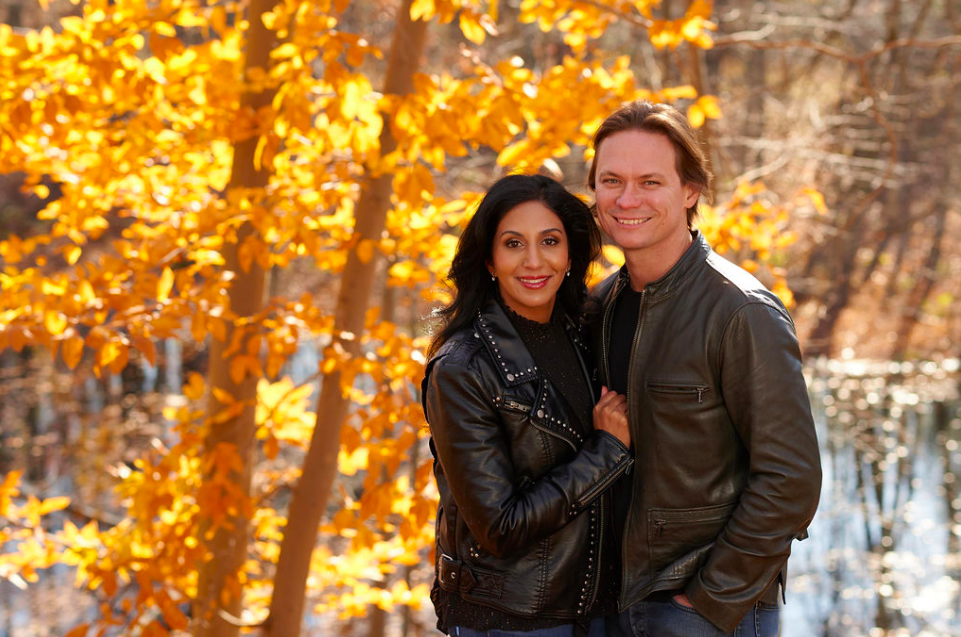 The knowledge comes in handy for Campello, whose background is in product development. (His mother Valeria Campello started Cosabella in 1983.)

“My perception of the industry is that a lot of brands compete too hard and don’t work together,” Campello said. “No single brand can offer everything. That’s why Journelle is so cool. It can introduce you to a world of different things for your whole wardrobe. It’s a safe place to buy lingerie items that are sometimes outside of your comfort zone. But you can also buy your core pieces here.”

Journelle was founded by Claire Chambers. After spending time in Paris, she started the company upon her return to the U.S. in 2007. Since then the company has changed hands several times, but has continued on its core mission of embracing a mix of emerging designers and legacy brands.

Today, the business carries approximately 50 different labels, with about 30 or so in stock at any given time, depending on the season. Names like Simone Perele, Agent Provocateur, Natori, Cosabella and Hanky Panky, in addition to the Journelle brand, which was developed more than six years ago and represents between 30 and 35 percent of sales today. The price range varies, too, from less than $60 for a Bluebella bra to nearly $500 for some pieces by Bordelle.

While the company was profitable for the first 10 years of its life, sales started to slip around 2017. Campello and Palep’s interest in purchasing Journelle stemmed from the desire to preserve what was left of boutique lingerie culture in the U.S. That is, a shop that offers a variety of lingerie names in one place, allowing consumers to easily discover new brands.

“Between department stores and chain stores, it’s hard for every brand to come into the market space,” Campello explained. “Department stores were the place to buy bras, then Victoria’s Secret. People would just start with Victoria’s Secret, because there were so many stores. Department stores lost that customer, but Journelle was able to maintain that. Journelle is kind of the influencer store. It was the store that if you were in lingerie, if you were in design, you would come scope out for inspiration or ideas. From the beginning, Journelle was about finding the coolest, next brand and giving it the opportunity to thrive amongst its peers.” 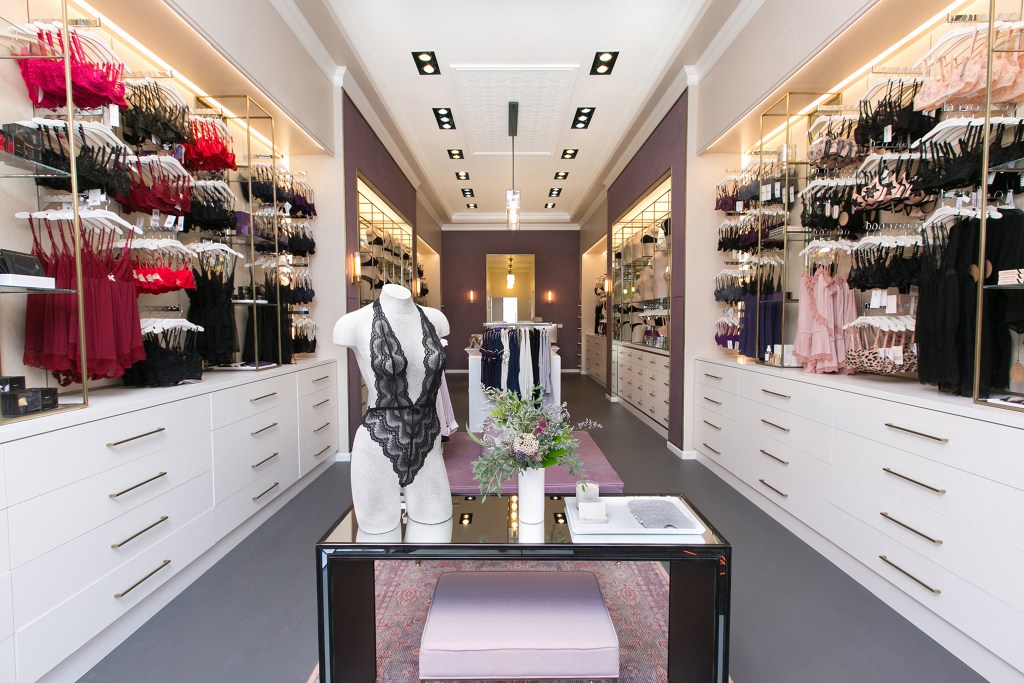 Campello pointed out that Journelle’s four brick-and-mortar locations — three in New York City and one in Chicago — also provide a place for creating community, in the form of bridal parties, mother and daughter first-bra-shopping trips and even divorce parties, complete with Champagne, chocolates and bra fittings.

Expansion plans include growing swimwear, including Journelle’s first resort and swim collection for holiday 2020, and adding shapewear. They are also adding wholesale to the mix. Starting this fall, the Journelle brand will be available places like Free People, Net-a-porter, Bloomingdale’s and Shopbop.

Palep said she would like to expand Journelle’s beauty assortment, too — from its current offering of lotions and candles to things like in-store spa treatments for nails, facials, fillers and botox treatments.

“It would be kind of like a one-stop daily thing,” she said, likening the medical exam room to the experience of a lingerie fitting room: both have initial consultations, then a diagnosis, or in the case of lingerie, a bra size. Then, there’s a regime to follow. In the lingerie and beauty worlds, that entails finding brands and products that one likes, then replenishing with new pieces.

“It’s making a diagnosis, a solution, then the maintenance is a lot easier,” Palep said. “Once you know your recipe you know how to proceed moving forward.”