The shapewear and intimates brand, which launched online on Sept. 10, 2019, rolled out its one-year anniversary campaign Tuesday. 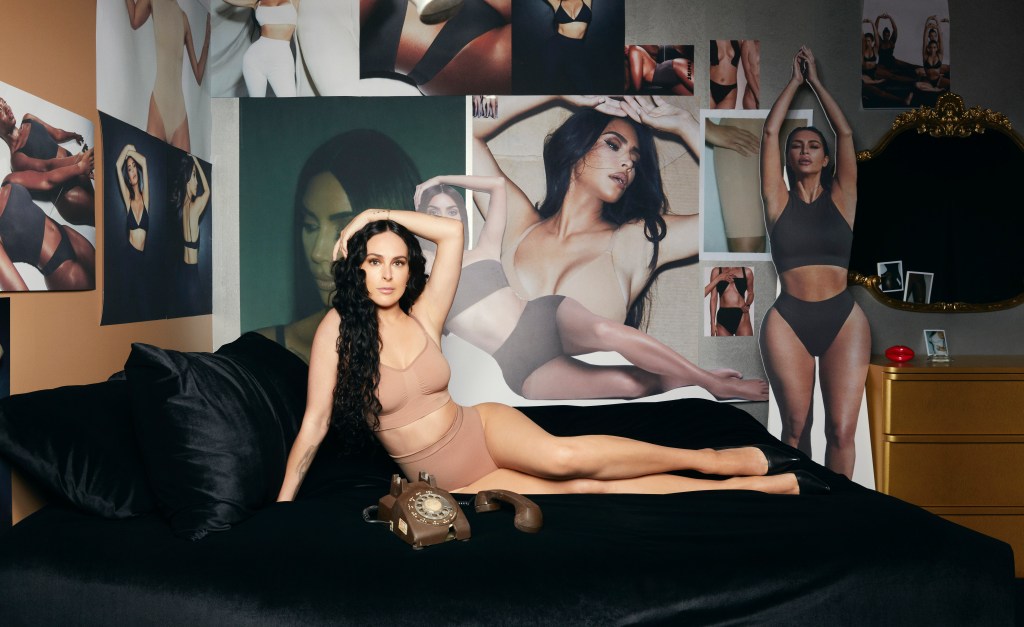 “It’s wild to think that it’s already been one year since we launched Skims,” Kardashian West said in a statement. “I’m eternally grateful for the love and support that our customers have shown both me and the brand. The customers are our inspiration for developing new ideas and collections and there is so much more to come. I can’t wait to share it all and continue to grow our amazing community.” 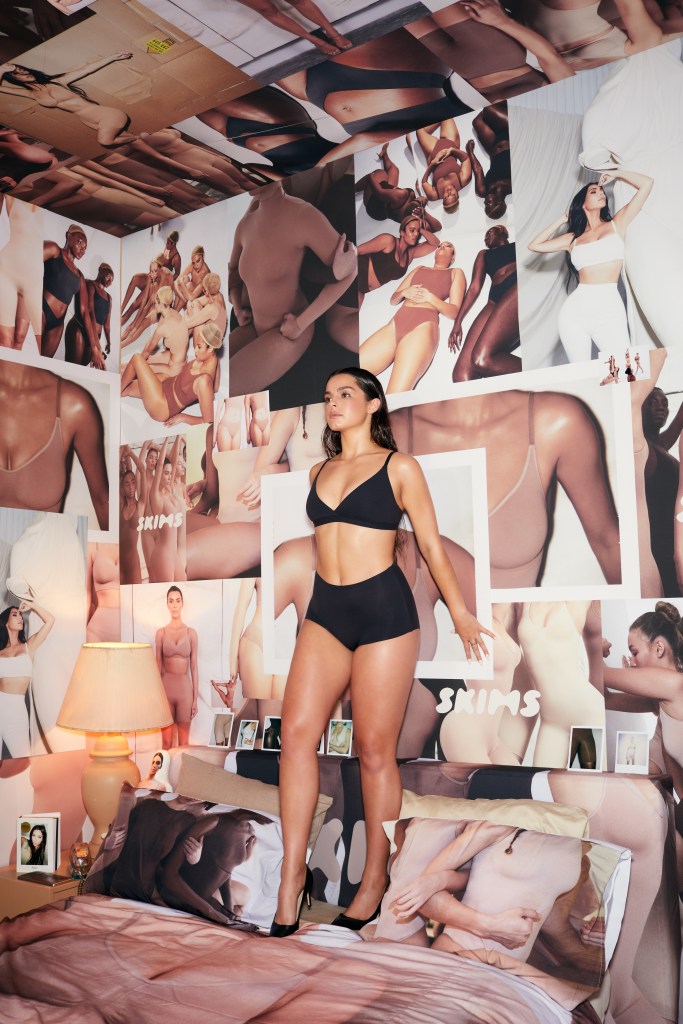 While the shapewear line — which Kardashian West originally intended to name “Kimono” — was initially met with controversy, Skims has since attracted a loyal following (currently 1.9 million people on Instagram), been rumored to sell out of several collections and drawn attention to the larger shapewear industry.

That’s because Kardashian West added her own signature look to Skims as the shapewear industry continued to grow. For one, she used a number of “real women” in addition to traditional models to promote the brand, such as former inmate Alice Marie Johnson, who spent more than 20 years in federal lockup for nonviolent drug charges. 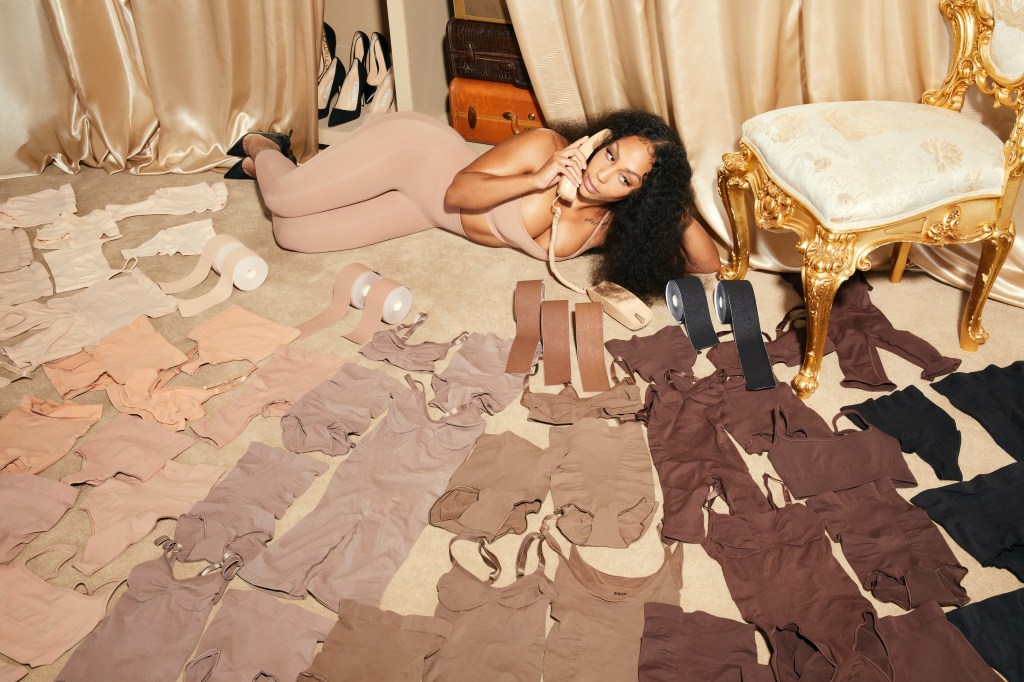 Skims used eight customers as models, in addition to traditional models and celebrities, for its one-year anniversary campaign.  Courtesy Photo

Then in February, Skims made its brick-and-mortar debut at Nordstrom. The department store rolled out a skin-toned colored carpet as the reality-star-turned entrepreneur arrived at the New York flagship, alongside husband Kanye West, to throngs of screaming fans.

Even as the need for shapewear began to shrink — amid the pandemic and canceled events — Kardashian West was able to pivot by offering new intimates and loungewear styles to work from home. 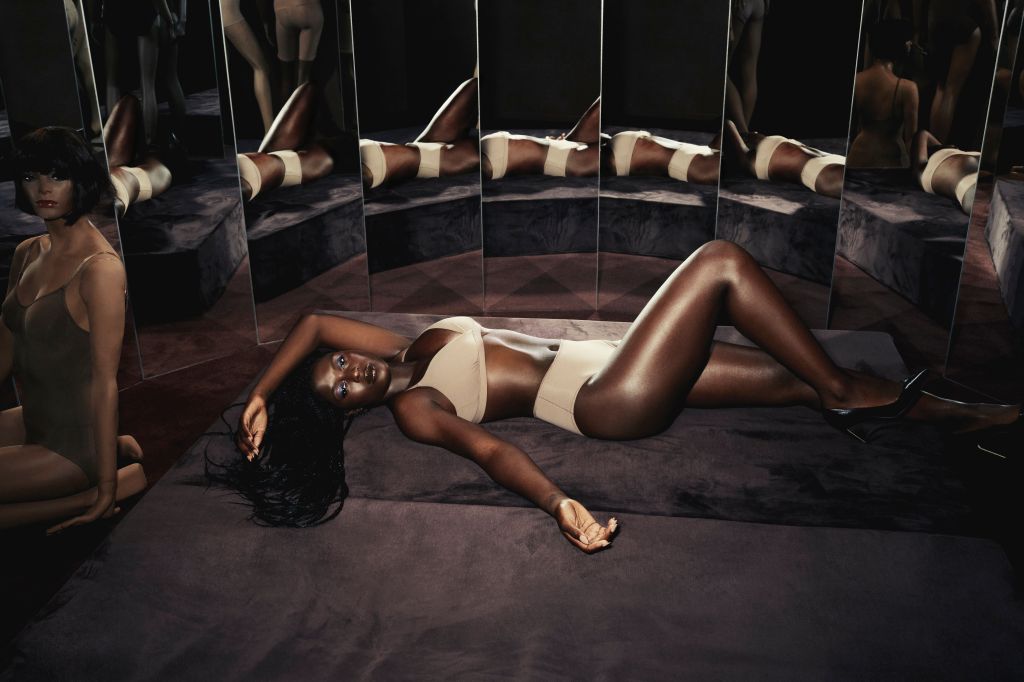 Now, as part of the one-year anniversary campaign, the brand is gifting 100 customers with Skims’ shapewear, novelty items and a personalized note from Kardashian West.

“I’ve loved seeing everyone’s photos in Skims and reading the comments on social media and I wanted to use this time, the campaign and customer gifting to really say thank you,” said Kardashian West, who also unveiled the campaign Tuesday on Skims’ Instagram page.

“[Customers] continue to be the inspiration behind developing new ideas for the brand and Skims wants to show its appreciation by putting them front and center of the brand during this time,” the company said in a statement. “Each cast member stands as an example of a Skims customer and represents the brand ethos: Skims is for everyone.” 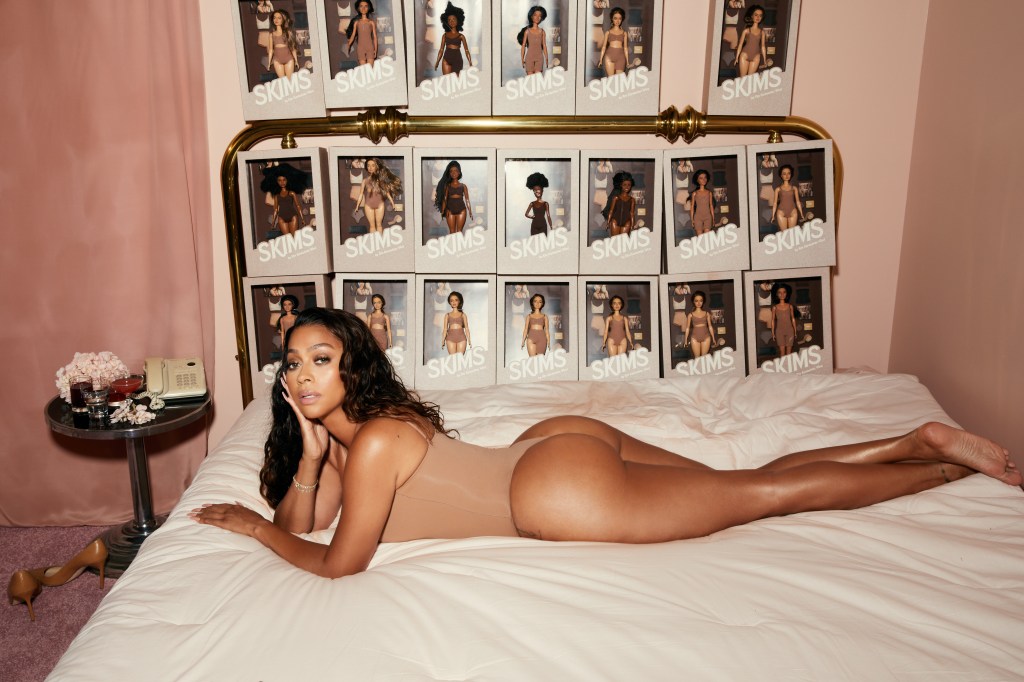