Knix is shaping up with the launch of its first shapewear collection.

Despite the pandemic — and lack of in-person events — the Toronto-based innerwear brand said the latest expansion is based on customer surveys. In fact, the demand for shapewear hasn’t shrunk at all as consumers hunker down at home for months on end, according to Knix founder and chief executive officer Joanna Griffiths. When asked what categories Knix shoppers wanted that were not already available, about 25 percent of respondents said shapewear. 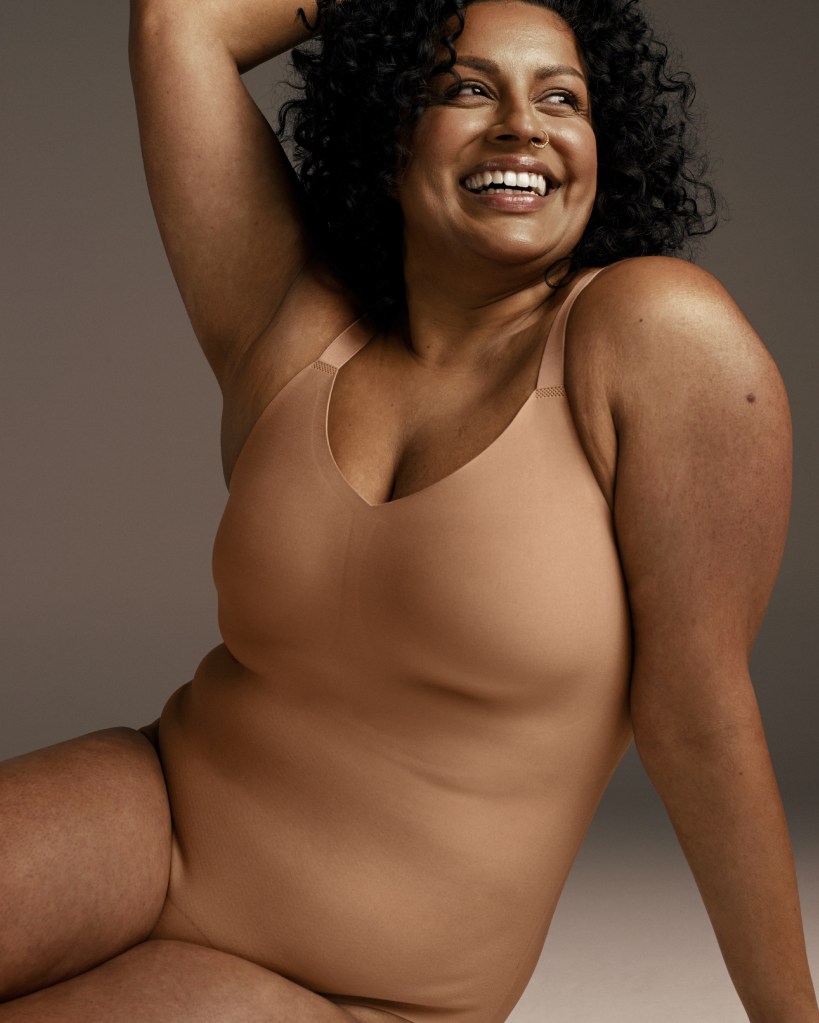 “We felt a really strong conviction that customers still wanted shapewear, whether or not they had nowhere to wear it, and that there was white space in the market,” Griffiths told WWD. “But they want shapewear that is comfortable. So, we’re taking a different approach to making shapewear.

“Ours has targeted knit zones versus compression all over,” she continued. “There’s targeted zones throughout the tummy, lift in the bum and they’re super soft in the leg and there’s no elastic. So, it’s very comfortable — not contorting — but still shapes.” 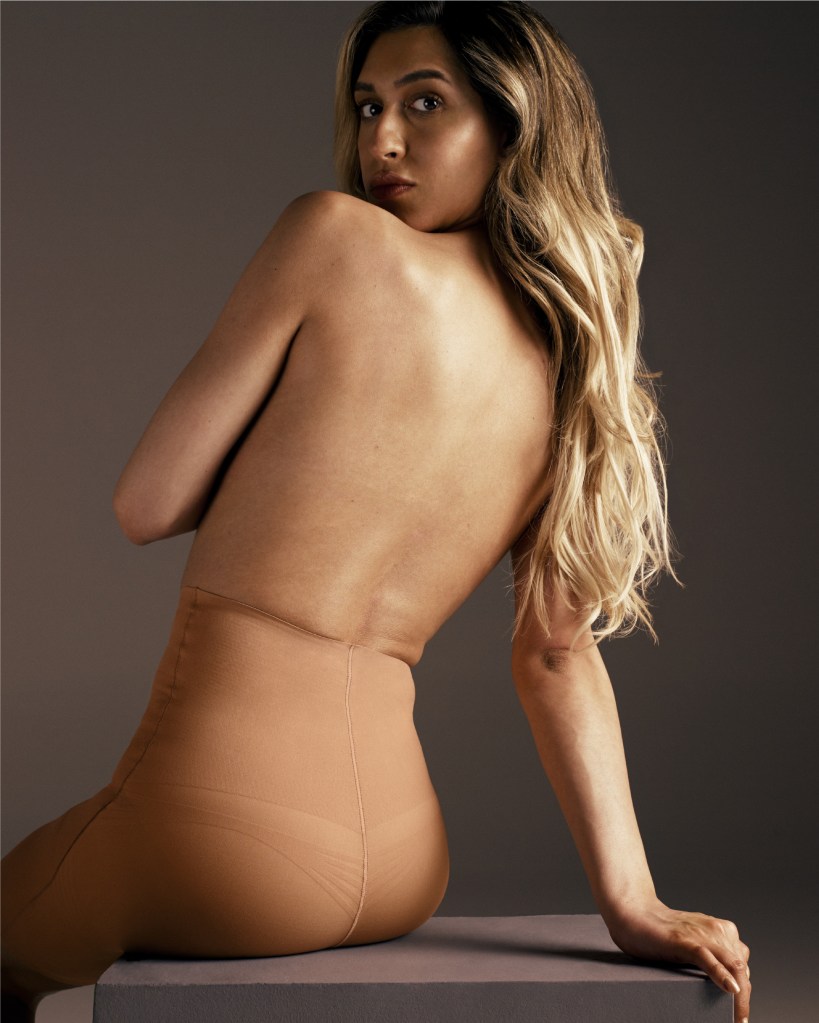 The “Love Your Shape-wear” collection, which launches today at knix.com, knix.ca and in Knix’s two Canada-based stores, includes 18 pieces in three styles — the super-high shaper brief, a high-rise shaper short and the shaper bodysuit — and six shades, from onyx black to a creamy white.

“If you have those three silhouettes to start then you can mix and match,” Griffiths said.

Prices range from $45 for the brief to $98 for the bodysuit. All pieces are available in sizes small to 3XL. 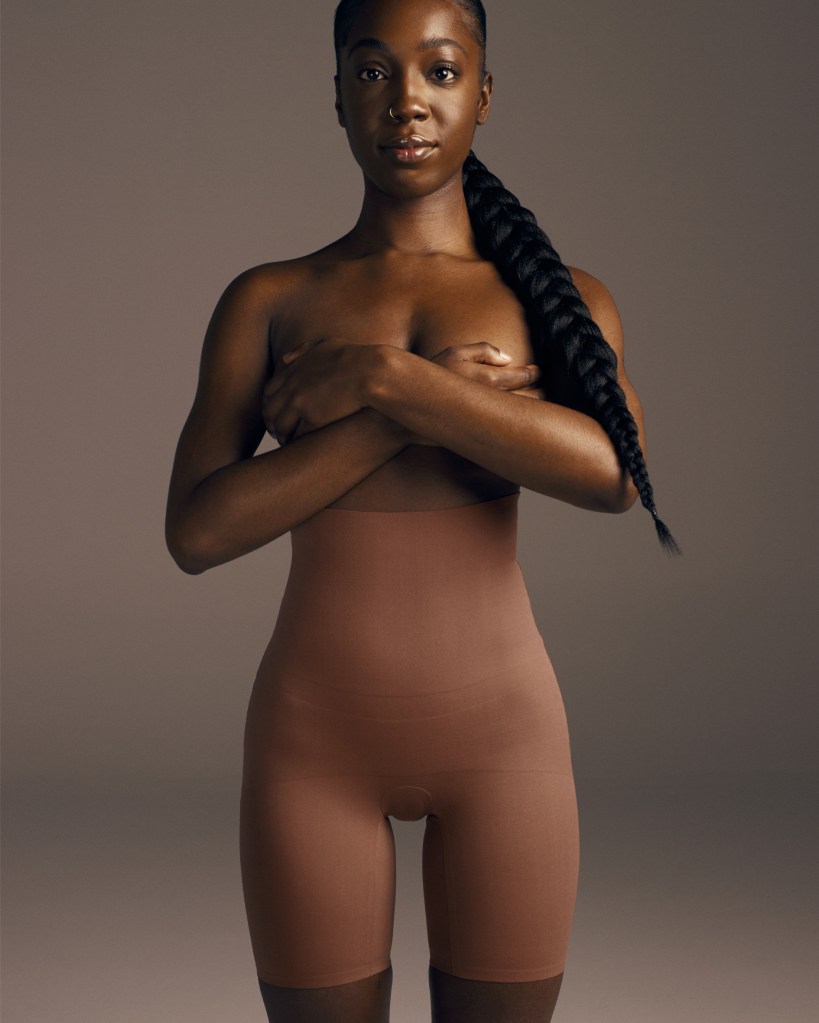 Meanwhile, Knix continues to grow. Revenues for the company Griffiths founded in 2013 increased 80 percent, year-over-year, for the 12-month period ending last December as consumers continue to spend money on innerwear and intimates brands at a greater rate than ready-to-wear apparel.

In November, Knix hosted a fall virtual warehouse sale in place of its usual Black Friday event, selling more than $1 million worth of products in the first 15 minutes, including more than 85,000 pairs of underwear. Knix also plans to open its first U.S.-based store this spring. In addition, the firm, which started as a period-panties brand, has grown to include sports and postpartum bras, swimwear, activewear and loungewear.

“We’re going to continue to expand in the categories where we play in,” Griffiths said.