The start-up joins a growing list of lingerie brands turning out swimwear.

Knix, the company known for wireless bras and period-proof panties, joins the growing list of lingerie brands moving into the swimwear category.

The new assortment of suits, which are available at Knix.com starting Friday, fuses sexy and sporty, cute and utilitarian, low-cut and high-cut, into one collection.

“Bathing suits historically have been designed to either look really good or to be super functional,” Joanna Griffiths, founder and chief executive officer of Knix, told WWD. “So we wanted to marry those two things, to create suits that look great and that fit super well.” 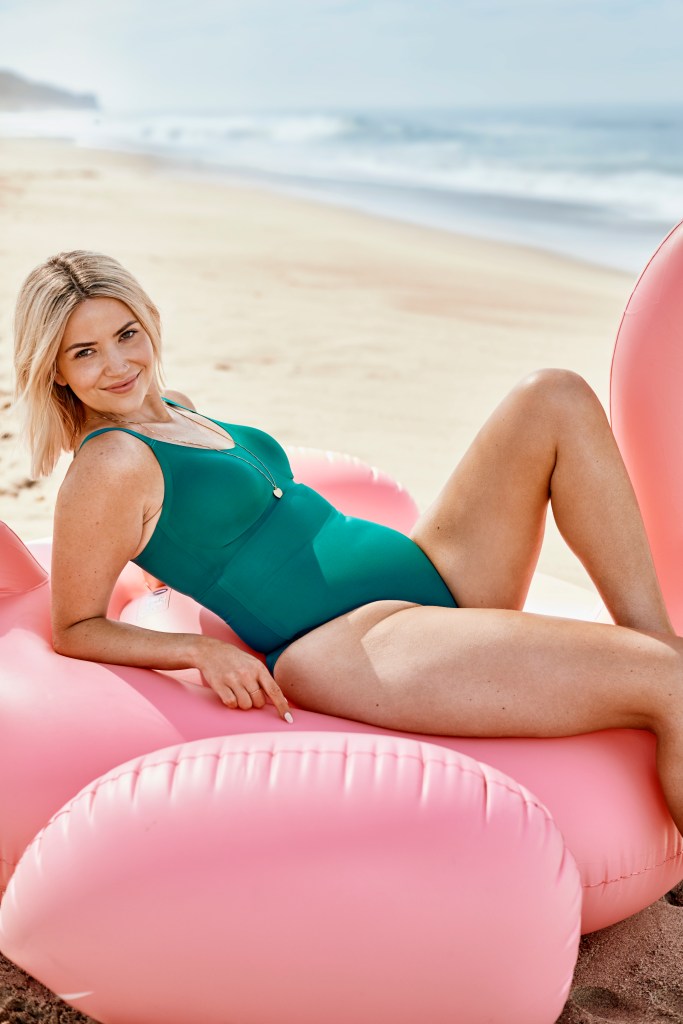 Swimwear was also the number-one item Knix shoppers were requesting in customer surveys. Some women were already wearing Knix products, like the Evolution Bra and matching bottoms, as bathing suits.

So Griffiths, a self-proclaimed “swim junkie,” decided that Knix needed a swimwear line of its own. The new collection incorporates one-piece and bikinis with things like built-in bra technology, chlorine-resistant materials and bonded hemlines. That is, with no visible stitching or sewing. The first batch of suits run small through double extra large, up to a size G cup, and come in three colors: black, emerald and coral pink. All pieces retail for under $100 each.

“With a category like swim, you get one chance to get it right,” Griffiths said of the collection, which she labored over for more than three years. “I really wanted to make sure that we were leading with a product that was incredible, that we’re really nailing it; creating silhouettes and swimsuits that women would love and then come back and buy year-over-year.” 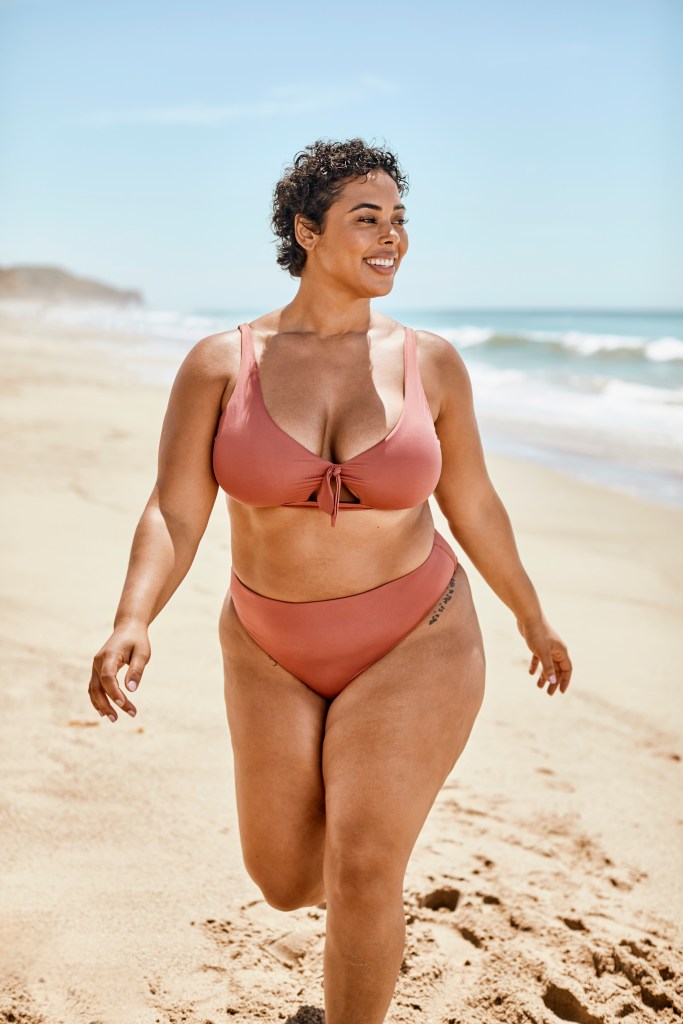 She doesn’t even seem to mind that lingerie giant Victoria’s Secret recently reentered the swim category as well, after leaving nearly three years ago, making the competition for start-ups even tougher.

“I’ve bought their suits before,” Griffiths said. She even admitted to sometimes liking Victoria’s Secret’s styles, but added that she was also a little bit taken aback that the company didn’t do more to respond to customer feedback about what women want.

“I was just surprised to see the exact same modeling approach [with Victoria’s Secret’s new swimwear online] that [the company] has taken previously,” she said. “The insights that we learned early on, just by interviewing a ton of women, is that women want to feel represented in the images that they’re seeing. That’s been an area that Victoria’s Secret has been really, really slow to respond to.

“There are lots of brands in the market today,” Griffiths added. “I just think that our offering is going to speak to a different consumer than [Victoria’s Secret’s] offering.”

And so far her insights have proven correct.

Griffiths created Toronto-based Knix in 2013 with inclusivity in mind. Although the company originally had a healthy wholesale business — roughly 800 retail partners — the ceo made the decision to go 100 percent direct-to-consumer about two years ago.

“We were seeing that there was a big brand misalignment,” Griffiths said, adding that one of Knix’s goals early on was to create an intimates brand that was “very body-positive focused.”

“Our retail partners at the time just had no interest in carrying our sizes,” she said. “We decided we could do a better job if we sort of owned the entire relationship with the customer. So we made the shift.” 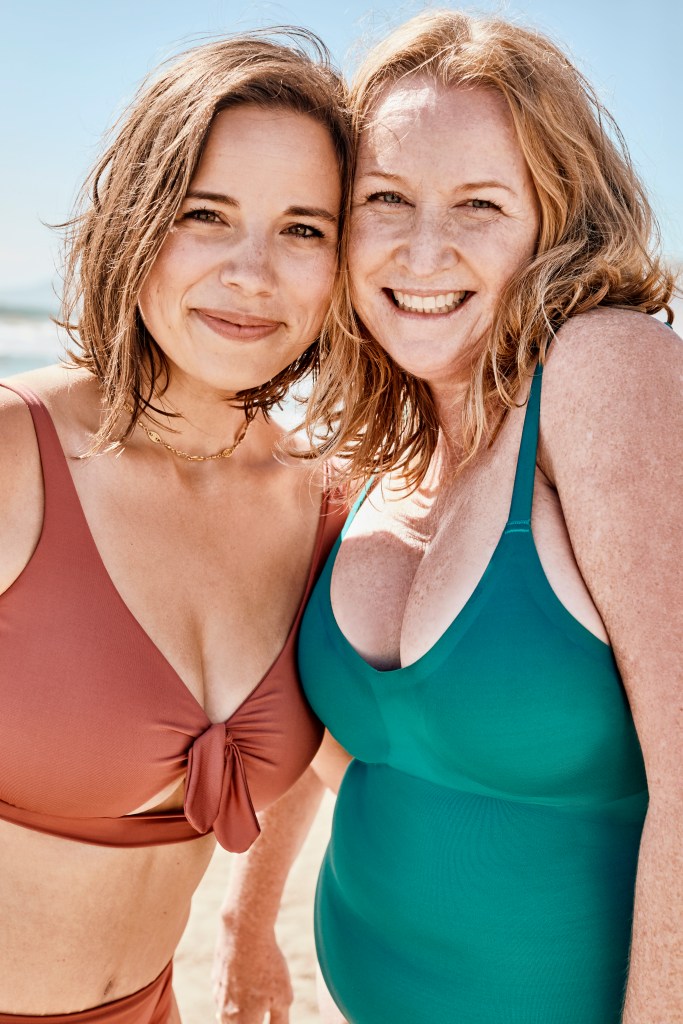 The lingerie company sold half a million orders in 2018. That’s double the number compared with the previous year. Knix now sells an item online every 10 seconds.

“We’ve been profitable by creating products that women really love,” Griffiths said. “We’ve built Knix by listening so carefully to what our customers want and going and doing it.”

Now, as a mother herself, Griffiths said she has “tons of new product ideas” for moms.

“I’m only two weeks in,” the new mom said. “But, I want something that I can wear at the cottage around my mother-in-law and father-in-law and not be worried that I’m going to have nip-slip.”