Launching Sept. 6, the “Villa La Perla” digital concept will celebrate the innerwear company’s Maison range, which is turning 25 this year.

MILAN — La Perla is the latest brand to embrace the digital format to launch the anniversary collections of its Maison line.

In particular, the Italian luxury innerwear company developed two new iterations of its best-selling collection, which is turning 25 this year. To mark the milestone and showcase the new styles, the brand created the “Villa La Perla” virtual experience that will launch on Sept. 6.

After being welcomed by a video of the label’s creative director Alessandra Bertuzzi, users of the brand’s web site will be invited to navigate their way through different virtual rooms to explore the Maison line’s archive and discover the craftsmanship behind the range, which is still produced in the brand’s atelier in Bologna where it was first conceived, made with Italian silk satin sourced from Como and finished by hand with the intricate “Frastaglio” Florentine embroidery technique. 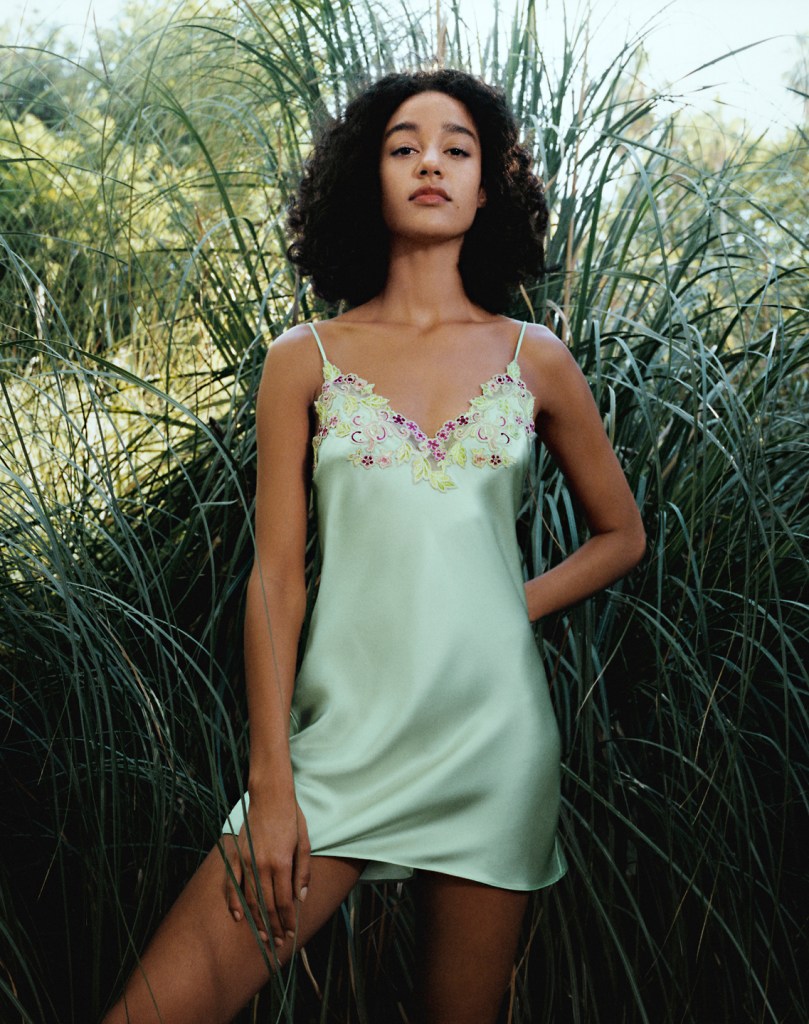 “The inspiration comes from the desire to bring a touch of cheerfulness and glamour to our iconic collection. The rainbow is a timely reminder of the current times. This collection serves as a representation of our resilience, uniting us in a message of hope,” said Bertuzzi, defining the theme as a signal “of hope and rebirth.”

Launching in November for the festive season, the Maison Metallic line is defined by more subdued colors embellished with embroideries made of gold, bronze and platinum-toned threads.

With price tags ranging from 380 euros for the knickers to 1,010 euros for the robes, the anniversary collections will be available on the brand’s e-commerce and at its 80 international flagships, including its units in Milan, London, Paris, Barcelona and Los Angeles.

“Maison is our most timeless collection. It’s the personification of our DNA, our luxury Italian heritage and our dedication to revolutionary craftsmanship,” said Bertuzzi, who was promoted to head creative designer of the label after the departure of Julia Haart in 2018.

The designer underscored that the line best embodies the mission of corsetry maker Ada Masotti, who founded La Perla in 1954 and was nicknamed “golden scissors” for her cutting and tailoring expertise. 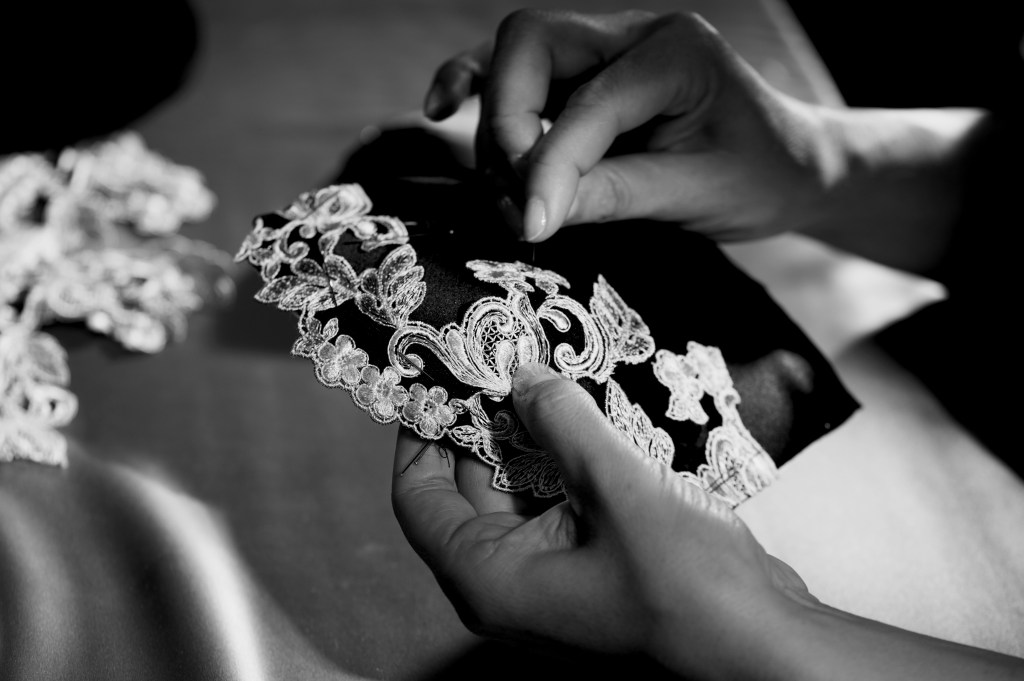 She identified “the beauty and luxury of simplicity” as key elements contributing to the longevity of the range. “These are certainly rich and ornamental pieces, but the lines are clean, essential and tailored. They’re garments that can be worn and matched in many different moments and ways — you could wear the camisole and culottes as a nightwear set or the camisole on its own paired with trousers or a skirt for the day,” said Bertuzzi.

Since her appointment, the main challenges for the designer were to “do the right thing, be innovative yet commercial at the same time. To make a desirable product, suitable for all women and to be consistent and offer a luxury product that can be worn every day.”

Asked about the evolution of La Perla’s customers and their newest demands, Bertuzzi said they are “increasingly aware of their role and the world in which they live. In our customer we want [to see] leaders who reflect our essence of empowered femininity…Our commitment and goal remains the same: to accompany women in their lives making them feel good, supported, listened to and empowered.” 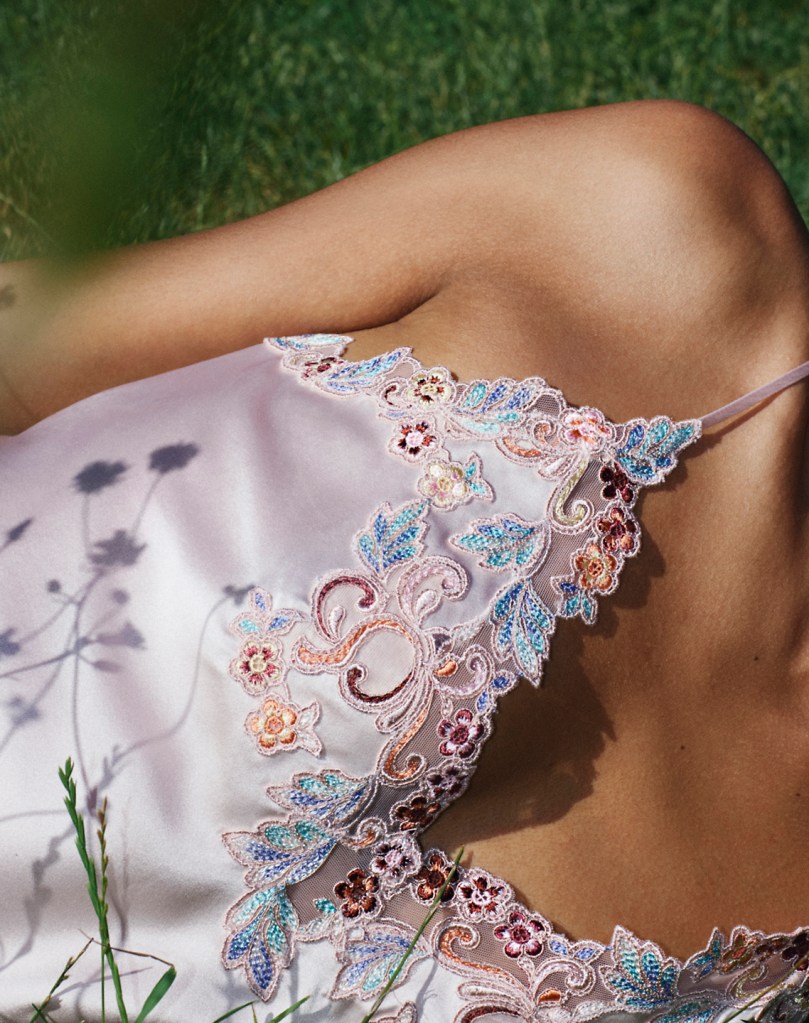 This is not the first anniversary collection Bertuzzi has developed for the brand. As reported, last year the company turned 65 and launched “Macramé Noir,” a limited-edition capsule range of all-black sensual and multifunctional pieces, during Milan Fashion Week.

As reported, Amsterdam-based private equity firm Sapinda Holding BV took over the brand in 2018. Since then, Sapinda Holding has been carrying out a restructuring of the La Perla business and its operations, with the goal of improving profitability and transforming it into a leading luxury player.

The private equity firm bought the company from Italian entrepreneur Silvio Scaglia, who had controlled La Perla since 2013 and built on the brand’s lifestyle offering. Previously, Alberto Masotti, son of the company’s founder, headed the business until it was sold to San Francisco-based private equity player JH Partners in 2007, which later sold the firm to Scaglia’s Pacific Global Management.